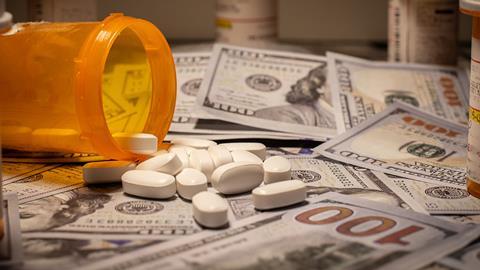 Global consumer goods conglomerate Reckitt Benckiser Group will pay $1.4 billion in agreements reached with the Department of Justice and the Federal Trade Commission to resolve a long-running investigation concerning the sales and marketing of the opioid addiction treatment drug Suboxone.

RB is just the latest company to be held accountable for the opioid epidemic, highlighting a broader enforcement trend.

The resolution—the largest recovery by the United States in a case concerning an opioid drug—includes the forfeiture of proceeds totaling $647 million, civil settlements with the federal government and the states totaling $700 million, and an administrative resolution with the FTC for $50 million.

Suboxone is a drug product approved for use by recovering opioid addicts to avoid or reduce withdrawal symptoms while they undergo treatment. Suboxone and its active ingredient, buprenorphine, are powerful and addictive opioids.

According to the indictment, Indivior—a former wholly owned subsidiary of RB Group known as Reckitt Benckiser Pharmaceuticals —promoted a film version of Suboxone to physicians, pharmacists, Medicaid administrators, and others across the country as less-divertible; less-abusable; and safer around children, families, and communities than other buprenorphine drugs, even though such claims have never been established.

The indictment further alleges Indivior used its Internet and telephone program to connect opioid-addicted patients to doctors it knew were prescribing Suboxone to more patients than allowed by federal law and manipulated the Food and Drug Administration approval process on a tablet form of Suboxone to further promote the film version of the drug.

In December 2014, RB Group spun off Indivior, and the two companies are no longer affiliated.

To resolve its potential criminal liability stemming from the conduct alleged in the indictment of Indivior, RB Group has executed a non-prosecution agreement (NPA) that requires the company to forfeit $647 million of proceeds it received from Indivior and not to manufacture, market, or sell Schedule I, II, or III controlled substances in the United States for three years. In addition, RB Group has agreed to cooperate fully with all investigations and prosecutions by the DOJ related, in any way, to Suboxone.

Under the civil settlement, RB Group has agreed to pay a total of $700 million to resolve claims that the marketing of Suboxone caused false claims to be submitted to government healthcare programs. The settlement amount includes $500 million to the federal government and up to $200 million to states that opt to participate in the agreement.

The civil settlement addresses allegations by the United States that, from 2010 through 2014, RB Group directly or through its subsidiaries knowingly:

The civil settlement resolves claims against RB Group in six lawsuits pending in federal court in the Western District of Virginia and the District of New Jersey under the whistleblower provisions of the False Claims Act.

Under a separate agreement with the FTC, RB Group has agreed to pay $50 million to resolve claims that it engaged in unfair methods of competition in violation of the Federal Trade Commission Act, 15 U.S.C. § 53(b). The FTC is filing a complaint in the U.S. District Court for the Western District of Virginia alleging anticompetitive activities by RB Group designed to impede competition from generic equivalents of Suboxone.

The case is the first of its kind for the FTC.

As part of a consent decree, RB Group agreed it would notify the FTC if it began marketing drug products in the United States. The company further agreed not to withdraw a drug from the market or otherwise disadvantage a drug after obtaining approval to market another drug containing the same active ingredient.

“While RB has acted lawfully at all times and expressly denies all allegations that it engaged in any wrongful conduct, after careful consideration, the board of RB determined that the agreement is in the best interests of the company and its shareholders,” the company stated in response to the settlement. “It avoids the costs, uncertainty, and distraction associated with continued investigations, litigation, and the potential for an indictment at a time of significant transformation under ‘RB 2.0’ and during CEO transition.”

“This is a non-criminal resolution,” the company added. “There is no admission of any violation of law or any wrongdoing by RB or any RB Group employee.”

RB is not the first company to be held accountable for the opioid epidemic. In July 2017, in a first-of-its-kind settlement that highlighted the government’s broadening enforcement stance to conquer the nationwide problem, Mallinckrodt Pharmaceuticals—a maker of generic oxycodone—reached a $35 million settlement with the government to resolve allegations that the pharmaceutical manufacturer failed to report suspicious orders of pharmaceutical drugs.

Recent actions like the RB settlement serve as a clear warning that the government expects controlled-substance manufacturers and distributors to play a more upfront compliance role in the nationwide war on drugs.