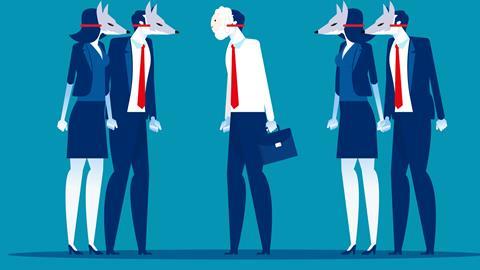 The Securities and Exchange Commission charged Ambassador Advisors, a registered investment adviser, and its principals—including its chief compliance officer—with breaches of fiduciary duty arising out of its mutual fund share-class selection practices.

The SEC complaint, filed Wednesday in the U.S. District Court for the Eastern District of Pennsylvania, alleges that, from August 2014 to December 2018, Ambassador Advisors, along with Bernard Bostwick, Robert Kauffman, and Adrian Young—part owners, executives, and investment adviser representatives of the firm—“unlawfully invested their advisory clients in mutual fund share classes with 12b-1 fees when lower-cost mutual fund share classes were available to the clients.”