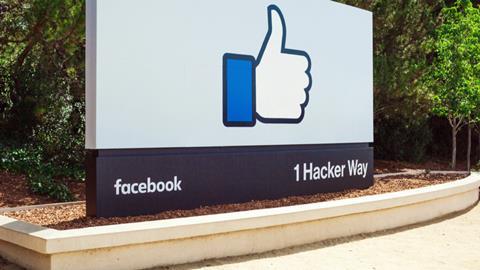 Following reports that the Federal Trade Commission is still contemplating and negotiating penalties for Facebook’s breach of an earlier data privacy-related consent order, Senators Josh Hawley (R-Mo.) and Richard Blumenthal (D-Conn.) have written to FTC Chairman Joseph Simons, urging his Commission “to act swiftly to conclude its investigation and move to compel sweeping changes to end the social network’s pattern of misuse and abuse of personal data.”

“This investigation has been long delayed in conclusion, raising the specter of a remedy that is too little too late,” the two legislators wrote. “The Facebook consent decree violations have been blatant and brazen, an offensive defiance that adds insult to injury. The public is rightly asking whether Facebook is too big to be held accountable.”

Current rumors suggest that the FTC—post-Cambridge Analytica, third-party app malfeasance, and other data-fueled scandals—could fine Facebook between $3-5 billion. There is also the possibility that the Commission might seek placing a data privacy-focused equivalent of a corporate monitor onsite at the social media giant.

“The FTC must set a resounding precedent that is heard by Facebook and any other tech company that disregards the law in a rapacious quest for growth,” Hawley and Blumenthal wrote. “The Commission should pursue deterrent monetary penalties and impose forceful accountability measures on Facebook, including limits on the use of consumer data, managerial responsibility for violations, and other structural remedies to stop further breaches of consumer trust.”

Referring to Facebook’s financial earnings statements in which it set aside up to $5 billion for a potential fine, the senators urged the FTC to go further than a one-time fine, writing that “even a fine in the billions is simply a writedown for the company.” Instead, Blumenthal and Hawley urged the FTC to “impose long-term limits on Facebook’s collection and use of personal information.”

“This also does not consider further issues that the FTC may find in its investigation, such as recent reports that Facebook harvested address books from e-mail accounts without user consent,” they added.

In the same quarter it reported the money set aside for a potential FTC fine, Facebook recorded $15 billion in revenue, beating market expectations. Considering the maximum civil penalty amount of $42,530 per violation, “the rumored number is a bargain for Facebook,” the senators wrote. “If the FTC is seen as traffic police handing out speeding tickets to companies profiting off breaking the law, then Facebook and others will continue to push the boundaries.”

The senators also asked the FTC to hold any Facebook employees—including CEO Mark Zuckerberg—who might have knowingly broke the law personally responsible, writing, “the FTC considered naming him in its previous consent order but ultimately declined to do so. If the FTC finds that any Facebook executive knowingly broke the consent order or violated the law, it must name them in any further action.”

The full text of the letter is available here.