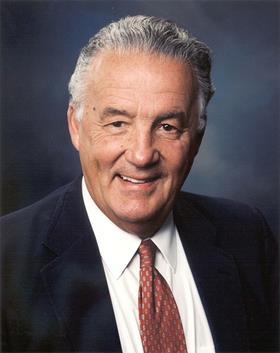 The death of Sarbanes, in his native Baltimore, was announced by his son, Rep. John Sarbanes (D-Md.)

“Our family is grateful to know that we have the support of Marylanders who meant so much to him and whom he was honored to serve,” John Sarbanes wrote.

Better known as SOX, the legislation that came to be named for Paul Sarbanes and Rep. Michael Oxley (R-Ohio) was written in reaction to massive accounting scandals at Enron and WorldCom—companies that overstated their financial health and then collapsed, costing investors billions of dollars. Oxley died of cancer in 2016.

The law required corporations’ annual financial reports to include an internal control report; reformed financial disclosures and created the Public Company Accounting Oversight Board; and made it a crime to destroy records to hide illicit behavior. The law also required CEOs and CFOs to sign personal attestations that they had reviewed financial disclosures that complied with the law and imposed criminal penalties for certifying misleading or fraudulent financial reports.

The law has been hailed for protecting investor rights and providing more transparency in financial reporting and criticized for the expensive lengths many companies must take to comply, particularly with Section 404, which addresses how a firm must audit its internal controls.

The law itself took on a life of its own for its two authors.

Oxley once joked that he and Sarbanes, whom Oxley had never even met prior to the hearing leading up to SOX, ended up giving speeches together all over the world about the bill, developing ”a little bit of a [Dean] Martin and [Jerry] Lewis kind of a shtick.”

Oxley said that “one of my stories was that I always tell people that I got a new first name. Sarbanes would say he would go back to Maryland and they couldn’t understand how his last name became hyphenated.”