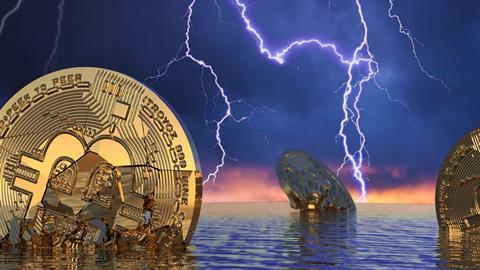 Cryptocurrency has taken a spot on the main stage again, thanks mostly to Mark Zuckerberg’s plan to integrate it into a payment system Facebook is spearheading.

And while cryptocurrency generally is gaining acceptance among businesses and consumers, legislators and regulators still don’t quite seem to know how to handle it.

In some measure, regulators seem to be protecting their own turf. The U.S. Securities and Exchange Commission “has been taking the position that many digital tokens or cryptocurrencies are securities and therefore subject to securities registration requirements,” explains Andrew Silver, an associate at Ifrah Law. Perhaps not surprisingly, the Commodity Futures Trading Commission “has likewise stated that both Bitcoin and Ether are commodities, potentially subject to CFTC regulation,” he notes.

Other government officials predict dire consequences with the use of cryptocurrency. Federal Reserve Board Chairman Jerome Powell has raised concerns about financial stability, money laundering, privacy, and consumer protection associated with the Facebook-backed cryptocurrency, known as Libra. Federal Reserve Board Governor Lael Brainard has said that “there are likely to be financial stability risks for a stablecoin network with global reach.”

Despite alarmist prognostications by government officials, interest in cryptocurrency isn’t exactly waning. “Digital currency already has a significant degree of acceptance,” says Silver. “At least among those who are tech-savvy.”

There’s even evidence that digital assets are gaining in popularity. “The wallet application Coinbase is currently ranked on the iTunes App Store ahead of the apps of such major banks as PNC, U.S. Bank, USAA, and Navy Federal Credit Union,” Silver reports.

Perhaps even more significantly, in late October, the Bitcoin exchange Bakkt announced its intention to launch an app that would “enable consumers to make purchases with cryptocurrency in 2020,” Silver notes, adding Starbucks will be the first retailer launched. Online retailers like Overstock.com and Newegg accept Bitcoin as payment, he reports. Even Microsoft allows consumers to add funds to their Microsoft accounts using Bitcoin.

Retail businesses are getting in on the crypto craze as well. “It is becoming more commonplace for U.S. retail businesses to place ‘Bitcoin ATMs’ in their establishments, where customers can buy Bitcoin with cash or withdraw cash using their Bitcoin wallets,” Silver says.

And it’s not just firms in the United States. Large companies in other parts of the world are moving into the crypto arena. “UBS announced this year that it and other major banks are developing a token that will resemble Bitcoin to settle cross-border financial transactions,” Silver says.

“An internal or proprietary digital currency could help an international corporation with foreign exchange issues, particularly in jurisdictions from which it is difficult to export hard currencies,” observes Philip Moustakis, counsel at the law firm Seward & Kissel and former senior counsel at the SEC.

If consumers and businesses are so gung-ho about cryptocurrency, why does the U.S. government seem so baffled by it?

Zuckerberg maintained in his appearance before the House Financial Services Committee in October that “financial infrastructure in the United States is outdated.” Indeed, U.S. legislators and regulators themselves may be as well.

“The facts and circumstances of any digital asset must be scrutinized, including its offer and sale, its economic reality, and use, to determine whether it is a security or some other kind of asset. Due to the mutable nature of digital assets, it may be incumbent upon CCOs to review periodically the possible regulatory statuses of the assets with which their firms are dealing.”

Admittedly, cryptocurrencies do pose risk to the system. “With many cryptocurrencies, including Bitcoin and Ether, trading on overseas, often unregulated platforms, regulators have expressed concern about market manipulation and other potential market abuses,” explains Moustakis.

Legislators and regulators may, however, be overreacting after doing too little when digital currencies were first floated. “After being caught somewhat flat-footed with early digital currencies such as Bitcoin, the U.S. government seems to be overcompensating by scrutinizing new cryptocurrencies and digital tokens and subjecting them to securities regulation scrutiny, even when tokens do not share the characteristics of traditional investments,” Silver says.

Another concern of the U.S. government could be in regard to its own tax revenue. “Government regulators likely think that a shift away from the dollar to digital currencies could present taxation challenges that ultimately lead to reduced tax collections,” Silver explains. Digital currency users might also have an expanded ability “to shield profits and assets that would typically be subject to tax treatment by the IRS,” he says.

Getting the go-ahead for a cryptocurrency from U.S. regulators can be a pricey endeavor. “From an SEC perspective, regulatory ‘approval’ can either take the form of the SEC agreeing that a proposed cryptocurrency or digital token is not a security and, therefore, not subject to securities registration requirements; or it can take the form of complying with securities registration requirements so as to comply with regulators,” Silver explains.

“The problem is that it is quite costly to either comply with securities registration requirements or even to seek a ‘no action’ letter from the SEC,” Silver notes. “A step regulators could—but have yet to—take with respect to digital currencies is to outline conditions in which cryptocurrency will definitively not be subject to their ire.”

Despite these barriers, cryptocurrency still holds a lot of promise. Even as some companies are already using digital currency, “more should,” David Croft, chair of the blockchain and crypto-currency group at law firm Meyers Roman, maintains. For instance, “use of stable coins combined with smart contracts would be a smart move for manufacturers.” Doing so, he says, “could do away with net payment terms and provide more security to a manufacturer that it will get paid.”

Three positives that come with cryptocurrency are the speed associated with its use; the ease of maneuvering large transactions; and its potential for much more cross-border convenience.

Unlike credit card transactions that are subject to “multiday ‘hold’ periods, cryptocurrency transactions can clear instantaneously, or as soon as the blockchain network processes them,” Silver explains. In addition, large transactions, such as wire transfers, normally subject to Monday-to-Friday banking hours, can be resolved more quickly, too. Cryptocurrencies “can be transferred at all hours of all days, adding significant flexibility to high-value transactions, especially when time zones come into play,” according to Silver.

Lastly, cross-border deals may become less complicated. Currently, “when companies in one country do business across borders with a counterpart using another currency, one or both parties may be subject to paying exchange rates, and additional banks might need to be involved in order to complete transactions that involve the conversion from one currency to another,” Silver says. That’s not, however, the case with cryptocurrency since nothing needs to be converted.

What CCOs need to know

At companies contemplating using digital currencies, chief compliance officers “must consider the proper classification or classifications for each digital asset with which his or her firm deals,” suggests Moustakis. “Digital assets can operate as securities, commodities, currencies, or other financial instruments,” he says. It’s a regulatory status that actually can shift.

“The facts and circumstances of any digital asset must be scrutinized, including its offer and sale, its economic reality, and use, to determine whether it is a security or some other kind of asset,” Moustakis says. “Due to the mutable nature of digital assets, it may be incumbent upon CCOs to review periodically the possible regulatory statuses of the assets with which their firms are dealing.”

Cryptocurrency users also must beware of criminal elements. Money laundering problems or other illegal activities associated with digital currency can be thwarted with “rigorous application” of anti-money laundering and know-your-customer policies and procedures, Moustakis says.

As a former Commission enforcement counsel, Moustakis predicts “more enforcement activity from the SEC in this space.” That said, he posits that “the SEC is working hard to provide sufficient guidelines to permit companies utilizing blockchain across the spectrum to move forward with their projects.”