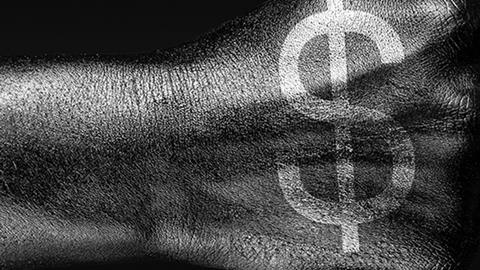 An executive order signed by President Trump on Monday strengthens the ability of the U.S. government to thwart terrorism by limiting terrorists’ access to funding. In particular, the order expands actions that can be taken against foreign financial institutions that unknowingly have terrorists as customers.

The executive order “raises the stakes for non-U.S. financial institutions dealing with U.S.-sanctioned terrorists, because those banks may now be subject to ‘secondary sanctions’ that can cut off their access to the U.S. financial services market,” explained Matthew Thomas, a partner at the law firm Blank Rome.

Titled “Modernizing Sanctions to Combat Terrorism,” President Trump’s order will allow the federal government “to starve terrorists of resources they need to attack the United States and our allies, and will hold foreign financial institutions who continue to do business with them accountable,” Treasury Secretary Steven Mnuchin said Tuesday, the new order’s effective date.

This latest order expands and amends an executive order President George W. Bush signed less than two weeks after the 9/11 attacks on the United States in 2001 that authorized financial sanctions against terrorists and entities that support them.

“The most significant aspect of the new order is that it expands the persons to whom sanctions can apply,” explained Laura Colombell Marshall, a partner at the law firm Hunton Andrews Kurth. “The updated order now goes well beyond the original scope to include a much broader universe of individuals who participate in terror activity and financing,” she continued.

The federal government’s ability to target leaders of terrorist groups quickly and efficiently was also enhanced by the order, U.S. Treasury Undersecretary for Terrorism and Financial Intelligence Sigal Mandelker noted in remarks prepared for a conference on counterterrorism held Sept. 11.

President Trump’s order recognizes terrorists are increasingly tech-savvy. “The ‘modernization’ in the name of the new order is reflected in language that now sanctions those that provide ‘technological support’ such as online recruiting and social media campaigns,” Marshall said.

Consider this a warning to foreign banks

Foreign banks and other impacted entities may want to pay attention to this new development. Indeed, they’ve been warned. “Foreign financial institutions should be on notice that the U.S. Government will fully utilize this new authority if they are found to be, in any way, facilitating the malign activities of U.S. designated terrorist groups, their members, and their supporters,” Mandelker said.

More than just banks are impacted by this expanded governmental sanctioning authority. “Money services businesses, cryptocurrency exchangers and administrators, and a litany of others” are also covered, Mandelker maintained. Just this past winter, Palestinian Islamist political organization and militant group HAMAS sought bitcoin donations via social media, she said.

What compliance can do to reduce their risks

If the U.S. government identifies persons or entities that “‘materially assisted, sponsored, or provided financial, material, or technological support for, or goods or services to or in support of’ a sanctioned party, they may be sanctioned as well,” noted Gabe Hidalgo, a managing director in K2 Intelligence’s regulatory compliance practice.

Foreign banks and their ilk that operate in global hot spots should take some precautions. Any financial institution that “provides correspondent banking services to institutions located in jurisdictions that may border current or former war zones or areas that appear to be associated with terrorist financing should conduct a thorough review of those correspondent relationships immediately,” Hidalgo suggested.

For example, “the level of perceived sanctions risk for institutions servicing Lebanon, Turkey, Jordan, Pakistan, Tunisia, and Egypt-based institutions is probably higher after this executive order,” Hidalgo said. “I would expect to see a de-risking where risk averse banks shed high-risk border correspondent banking relationships in short order,” he continued.

Now may be the time to take a second look at know-your-customer policies and procedures. Current U.S. sanctions and regulations tackling money laundering, along with multilateral efforts to address terrorist finance globally, “already have resulted in significant improvements in KYC policies and procedures at international banks and other financial firms over the last decade,” Thomas said. “Still, these new authorities could provide additional incentives for the global banking community to continue to focus on and improve anti-money laundering compliance,” he said.

Know-your-customer procedures “must always adapt and respond to regulatory change,” Marshall said. The new executive order “expands the universe of people to whom sanctions apply, which in turn increases compliance obligations,” she noted. “Financial institutions need to be thinking about expanding their KYC focus from ownership and control to now include other relationships that may indicate other forms of assistance to or involvement with a terrorist organization,” Marshall explained.

“These more subtle associations are not as easy to detect and will likely require specialized training for those responsible for implementation of KYC controls,” Marshall said.

Interestingly, a report issued by MarketsandMarkets just days before President Trump signed the executive order predicted the global anti-money laundering solution market will increase from $1.5 billion this year to $3.6 billion by 2024.