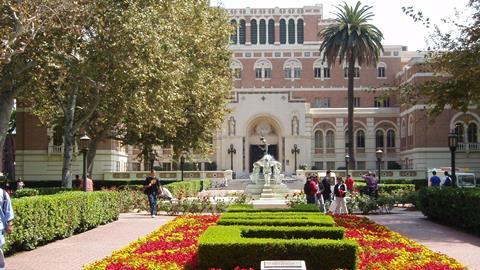 Anatomy of a college cheating scandal, and the resolve to fix it

By now, many are aware of the ongoing nationwide criminal investigation that federal authorities have dubbed “Operation Varsity Blues,” in which dozens of individuals—including many university coaches—were caught engaging in a scheme that involved bribery and the facilitation of cheating on college entrance exams to get prospective students admitted to the school of their choice. Now, the victimized universities are speaking out.

According to court documents unsealed March 12, federal authorities in Boston filed criminal charges against dozens of individuals, including parents, coaches, and other staff members from eight universities across the country, for perpetrating fraud in the college admissions process. Among those implicated are athletic coaches from Yale, Stanford, University of Texas, Georgetown, Wake Forest, University of San Diego, the University of Southern California and University of California, Los Angeles.

The investigation centers on the actions of William “Rick” Singer and his Key Worldwide Foundation, a non-profit organization established by Singer as a purported charity. Many universities were victimized by complicit coaches and others who worked with Singer for their own personal gain to influence the admission of the prospective students of his clients.

As part of the student-athlete recruit scam, for example, parents paid Singer approximately $25 million from 2011 through February 2019 to bribe coaches and university administrators to designate their children as recruited athletes. In some instances, athletic profiles of the students were fabricated to make them appear as if they were highly successful athletes.

In public statements issued in response to the charges, many of the victimized universities expressed disappointment, saying how the misconduct runs counter to their expectations of integrity and ethical conduct. Most also stated they are cooperating with the Department of Justice’s investigation while conducting their own internal investigations. All have terminated those involved.

Below is a look at how each university has responded to the allegations, to date, and what individual resolve they have expressed to stop similar behavior from happening in the future.

“There is no option other than zero tolerance for this type of behavior,” Rick Caruso, chair of  the USC Board of Trustees, said in a statement. “As a result, USC has fired the alleged wrongdoers.” The individuals terminated were Donna Heinel, senior associate athletic director, and water polo coach Jovan Vavic.

In a March 14 letter to the USC community, Interim President Wanda Austin expressed her own disappointment and concern over the matter. “These recent revelations run counter to our values, which prioritize admissions based on merit and opportunity for all qualified candidates,” she wrote.

In that letter, Austin said that, in addition to the two individuals already terminated, USC has placed on leave a third faculty member who was named in the federal indictment as a parent. “This leave is a required procedural step in the process for terminating tenured faculty,” she wrote. “More employment actions may be possible as new facts come to light.”

From a policy and procedures standpoint, USC said it has opened its own investigation as it cooperates with the Justice Department, begun the process of identifying donations that may have been received in connection with the scheme, and has initiated a case-by-case review of current students and graduates who may be involved.

On the morning the charges were announced, Wake Forest issued a statement on Twitter saying it had retained outside legal counsel and placed on administrative leave its head volleyball coach Bill Ferguson, who was accused of accepting a payment to influence the admission of a prospective student who had been placed on the waitlist.

In response to questions and concerns about whether the scandal is a systemic problem within Wake Forest’s admission process, President Nathan Hatch issued a question-and-answer statement to the Wake Forest University community: “The review completed to date by outside legal counsel underscores that Bill Ferguson acted independently and was the only person at Wake Forest with knowledge of, and involvement with, the alleged misconduct,” he wrote. “No other university employees, including admissions officers or other athletics staff, have been implicated in the investigation. The widespread cheating on admissions exams reported in the indictment does not pertain to Wake Forest.”

Hatch further stressed that “the alleged conduct is in direct conflict with the values and integrity of Wake Forest and its athletics program. I will continue to monitor this matter carefully and appreciate your support of Wake Forest.”

At UT, men’s tennis coach Michael Center was charged in the federal investigation. Center is accused of taking nearly $100,000 (including a $60,000 cash payment) in bribes to designate a UT applicant as a tennis player and offer the applicant a scholarship to pay for textbooks, even though he did not actually play competitive tennis, and then permitting the student to quit the tennis team and renounce the scholarship once enrolled at The University of Texas at Austin.

The complaint alleges that by designating this applicant as a recruited athlete, Center made it easier for the applicant to be admitted. Like Wake Forest, the University of Texas also issued a question-and-answer statement in response to the admissions fraud allegations.

UT said it has since terminated Center from the university. Additionally, UT said it is conducting a “thorough review of the alleged 2015 fraud that Mr. Center has been charged with … to determine whether the university has the necessary rules and procedures in place to prevent violations in the future.”

In Stanford’s case, the charges allege that its sailing head coach, John Vandemoer, accepted financial contributions to the sailing program from an intermediary in exchange for agreeing to recommend two prospective students for admission to Stanford. “Neither student came to Stanford; one student was initially denied admission and intended to reapply but never did, and the second never completed an application. However, the behavior in the case runs completely counter to Stanford’s values,” the university stated.

Stanford has since terminated Vandemoer. “The charges brought by the Justice Department pertain to our former head sailing coach—but clearly, the case will prompt questions about our processes more broadly,” Stanford President Marc Tessier-Lavigne and Provost Persis Drell said in a statement.

Concerning those processes, Tessier-Lavigne and Drell went on to say that every student admitted to Stanford must meet the university’s “high academic standards,” focused on academic excellence, intellectual vitality, extracurricular activity, and personal context.

“For students who have special talents – artistic, athletic, musical or otherwise – those talents are factored into the process. In the case of athletics, we have a process through which coaches can identify the most promising athletic recruits, for the consideration of the admission office—but such talents, athletic or otherwise, by themselves never ensure admission to Stanford,” they stressed.

Stanford said it is currently undertaking an internal review across all of Stanford Athletics to confirm that such conduct does not involve any other individuals at Stanford beyond Vandemoer.

UCLA said in a statement that it has placed on leave its men’s soccer head coach Jorge Salcedo, who has been named by the Justice Department as a defendant. It also said the conduct alleged is “deeply disturbing and in contrast with the expectations we have of our coaches to lead their teams with honesty and integrity.”

In that same statement, UCLA defended its admissions process. “We take the integrity of our admission process and the authenticity of the application data we consider very seriously. All students applying to a UC campus must sign a statement certifying the validity and accuracy of all information related to their application. That requirement is also summarized in UC’s Statement of Application Integrity.”

If UCLA discovers that any prospective, admitted, or enrolled student has misrepresented any aspect of the application, or that information about the applicant has been withheld, UCLA said it “may take a number of disciplinary actions, up to and including cancellation of admission.”

At Georgetown, the individual implicated in the scandal was a former tennis coach, Gordon Ernst, who had not coached the tennis team since December 2017, “when he was placed on leave after the Office of Undergraduate Admissions identified irregularities in his recruitment practices, and the University initiated an internal investigation,” Georgetown Vice President and General Counsel Lisa Brown said in a statement. “The investigation found that Mr. Ernst had violated University rules concerning admissions, and he separated from the University in 2018.”

Brown said the university was not aware of any alleged criminal activity or acceptance of bribes by Ernst “until it was later contacted by the U.S. Attorney’s Office, with whom we fully cooperated in its investigation. Now that the government’s investigation has detailed the extent of the alleged fraud, we are reviewing the details of the indictment and will be taking appropriate action.”

Georgetown established a new policy in 2018 “to strengthen the recruitment and admissions process for potential student athletes,” Brown added. “In addition, our Department of Athletics and Office of Undergraduate Admissions now perform audits to determine whether any recruited student-athletes are not on the roster of the sport for which they were recruited.”

In a separate statement, Meghan Dubyak, a Georgetown spokesperson, said, “We are reviewing the details of the indictment and will take appropriate action.”

At Yale, like Georgetown, the misconduct was perpetrated by a former coach. “We do not believe that any member of the Yale administration or staff other than the charged coach knew about the conspiracy,” Yale President Peter Salovey said in a statement. “The university has cooperated fully in the investigation and will continue to cooperate as the case moves forward.”