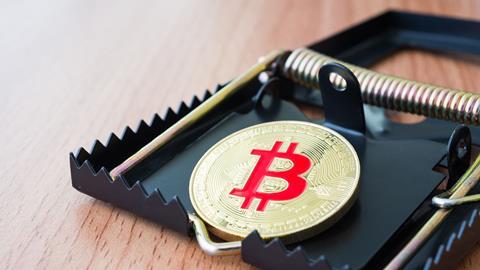 Although the Bitcoin boom has been tempered by an ongoing list of scandals, pricing instability, and regulatory interdiction, virtual currencies are gaining renewed consideration in the banking world. That has led to international warnings about risk management concerns for both commercial institutions and central banks.

The banking interest is, in large part, fueled by mainstream commercial developments. Facebook is reportedly developing its own branded cryptocurrency and distributed ledger with hopes to create a PayPal-like payment system. In February, JPMorgan Chase, the largest bank (by assets) in the United States, announced JPM Coin, a blockchain-based technology that enables the instantaneous transfer of payments between institutional accounts. JPM Coin is among a class of instruments known as stablecoins that are backed by legal tender currencies or commodity holdings.

On March 18, IBM announced IBM Blockchain World Wire, a real-time global payments network for regulated financial institutions. According to the company, it is the first blockchain network of its kind to integrate payment messaging, clearing, and settlement on a single network that allows participants to choose from a variety of digital assets for settlement. As of the launch, World Wire has enabled payment locations in 72 countries, with 47 currencies and 44 banking endpoints. Like JPM Coin, IBM’s product is also built upon a stablecoin foundation.

The growing acceptance of digital currencies in the banking world has led the Federal Reserve to consider them in its annual stress tests. A recent proposal published in the Federal Register noted consideration of a public comment period, suggesting it “consider extraordinary shocks, such as a war with North Korea, the collapse of the Bitcoin market, or major losses caused by trader misconduct” in its stress scenarios.

Not so fast for central banks

The cautious toe-dipping into the virtual currency world will not go much further if international banking overseers’ warnings are heeded.

A March 22 speech, “The future of money and payments,” delivered by Agustín Carstens, general manager of the Bank for International Settlements, at the Central Bank of Ireland, expounded upon those warnings. BIS, based in Switzerland, is owned by 60 central banks and “fosters international monetary and financial cooperation and serves as a bank for central banks.”

“The monetary system is the backbone of the financial system. Before we open up the patient for major surgery, we need to understand the full consequences of what we’re doing. … We recognize that adopting untried technology that ultimately proves unreliable could seriously endanger public trust in the currency and in the central bank.”

“Throughout history, technological innovations have continually reshaped the monetary system, either by changing the nature of money or the workings of the payment system,” Carstens said. “These times are no different. The hype around bitcoin and its cousins has died down somewhat, but innovation continues. What seems new this time is the sheer volume of innovations and the fact that both components of the monetary system are targeted at the same time. Historically, changes to payment systems have been infrequent. Changes to the nature of money have been even rarer. But now, attempts to create new forms of money or to engineer new ways to pay appear almost weekly.”

In sharing his thoughts on how technological innovation may affect the monetary system, Carstens said he was particularly interested in the implications for central bank money and what so-called central bank digital currencies (CBDCs) would mean.

“The important part of the acronym CBDC is not the ‘D’ for ‘digital.’ Nowadays, nearly everyone has access to digital payments. Whenever you or I pay using a bank debit card or use a banking app on our mobile phone, the payment is made digitally and often instantly,” he said. “Instead, the important part is the ‘CB’ for ‘central bank.’ A CBDC would allow ordinary people and businesses to make payments electronically using money issued by the central bank. Or they could deposit money directly in the central bank and use debit cards issued by the central bank itself.”

He asked: “What are the consequences of such a system? How would it differ from what we have now?”

“[Central bankers] prefer to tread cautiously into new territory,” Carstens said. “There is a good reason for this. The monetary system is the backbone of the financial system. Before we open up the patient for major surgery, we need to understand the full consequences of what we’re doing. … We recognize that adopting untried technology that ultimately proves unreliable could seriously endanger public trust in the currency and in the central bank.”

The important takeaway, he said, is the potential decline in the use of cash and what central banks should do about it.

“In a number of countries, the demand for cash has fallen substantially as consumers and retailers have embraced electronic means,” Carstens explained. “Two examples are Sweden and Denmark, where stores and restaurants are increasingly reluctant to accept paper money. The latest data from Sweden show that mobile payments are being used as often as cash to make payments.” Nevertheless, for most countries, cash is still in high demand. “In the short term, there is no urgency to come up with a substitute for cash,” he said. “Things may change in the future, however, and central banks want to be prepared.”

“In terms of technology, it would be easier to replicate the attributes of cash—if so desired—in a token-based version of CBDC than in an account-based one,” Carstens said. “But the digital token technology is still broadly untested, whereas the technology for an account-based CBDC has been available for decades. So far, central banks have generally chosen not to provide such accounts.”

The debate, he said, is whether to widen access to CBDC beyond the current circle of commercial banks.

“Banks play an important role as provider of financial services to citizens and businesses. Imagine that the Central Bank of Ireland and the European Central Bank were to offer deposit accounts to everyone and then issue debit cards and mobile phone apps for you to make payments with. In such a scenario, the central bank would be taking on the customer-facing business lines,” Carstens said. “In times of uncertainty, more customers would prefer to have deposit accounts at central banks and fewer at commercial banks. A shift of funds from commercial banks to the central bank could be gradual at first. But the trickle could turn into a flood.”

Would tokens then start to command a premium over bank deposits? “We know from historical experience that, during times of financial stress, money moves away from banks that are perceived as risky towards banks that are perceived as safer,” he said. “So, money flows from privately owned banks to publicly owned ones, from domestically owned banks to foreign owned ones, and generally from weakly capitalized banks to strongly capitalized ones. In such scenarios, imagine that depositors also have the choice of putting their money in a digital currency of the central bank or in the central bank deposit account directly. It is not far-fetched to imagine that a premium would open up, where one euro of deposits in the commercial bank buys less than one euro’s worth of central bank digital currency.”

Carstens worries that CBDCs could change the environment for central banks conducting monetary policy. “The basic mechanics would stay the same: The central bank would still use its balance sheet to control short-term interest rates. But CBDCs would change the demand for base money and its composition in unpredictable ways,” he said. “They might also modify the sensitivity of the demand for money to changes in interest rates.”

Also, if a CBDC is in demand, “it would lead to a larger central bank balance sheet,” he added. “This may require the central bank to hold additional assets such as government securities, loans to commercial banks, or international reserves. In turn, the acquisition of these could interfere with key markets functioning or dry up liquidity. At least in a transitional period, all these changes have the potential to completely upend the way that monetary policy affects the economy. Such changes are not ones that central banks take lightly.”

The Committee on Payments and Market Infrastructures at BIS last year surveyed 60 central banks to take stock of their current efforts and thinking about CBDCs. Seventy percent of respondents said they are working on CBDCs of some kind; most are looking at both retail and wholesale varieties.

Only about half of those central banks that responded affirmatively, however, have moved on to the next stage of actively testing the idea, and only a handful have moved on to experimenting with the different possible technologies with “proofs of concept” or pilot projects. Very few of the respondents thought it is likely they will issue a CBDC in the short to medium term (one to six years), whether retail or wholesale.

“The debate is not primarily about convenience and digitization; rather, it’s about fundamental changes to both parts of the system that central banks oversee: money and payments,” Carstens said. “So far, experiments have not shown that new technologies would work any better than existing ones. … Central banks do not put a brake on innovations just for the sake of it, but neither should they speed ahead disregarding all traffic conditions. We have to make sure that innovations set the right course for the economy, for businesses, for citizens, for society as a whole.”

The speech follows a similar warning about virtual currencies issued by the Basel Committee earlier in the month. The Committee is the primary global standard setter for the prudential regulation of banks.

“Crypto-assets,” the March 13 guidance says, “have exhibited a high degree of volatility and are considered an immature asset class given the lack of standardization and constant evolution.”

“They present a number of risks for banks, including liquidity risk; credit risk; market risk; operational risk (including fraud and cyber-security risks); money laundering and terrorist financing risk; and legal and reputation risks,” the Committee added. Accordingly, it expects that if a bank decides to acquire crypto-asset exposures or provide related services, it should adopt specific risk-mitigating policies and procedures. These include:

Before acquiring exposures to crypto-assets or providing related services, a bank should conduct comprehensive analyses of all potential risks and should ensure it has the relevant and requisite technical expertise needed to assess these risks.

Banks should have a robust risk management framework that is appropriate for crypto-asset exposures. These assets should be fully integrated into risk management processes related to anti-money laundering, combating the financing of terrorism, and the evasion of sanctions. There should also be heightened fraud monitoring.

A bank should publicly disclose any material crypto-asset exposures or related services as part of its regular financial disclosures and specify the accounting treatment for such exposures, consistent with domestic laws and regulations.

The bank should also inform its supervisory authority of actual and planned crypto-asset exposure or activity in a timely manner and provide assurance that it has fully assessed the risks associated with the intended exposures and how it has mitigated them.