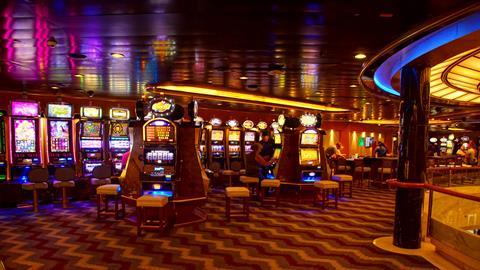 Casino operators in Japan must gamble on compliance risks

Japan’s plans to launch a casino industry have been marred recently by a widening bribery scandal, just the latest development highlighting the compliance risks posed to casino operators looking to mark their territory in the country.

Additional reports allege 500.com also paid 700,000 yen in the form of travel expenses for Akimoto’s family to visit the region of Hokkaido in February 2018. The actions might lead to U.S. authorities pursuing a Foreign Corrupt Practices Act investigation.

On Dec. 31, 2019, 500.com announced it has formed a special investigation committee to internally investigate the alleged illegal money transfers and the role played by Konno and Nakazato following the arrest of one consultant (also a former director of the company’s subsidiary in Japan) and two former consultants by the Tokyo District Public Prosecutors Office.

Concurrently, Xudong Chen, chairman of the board, resigned on Dec. 30, 2019. “Chen’s resignation was not based on any disagreement with the company on any matter related to its business, finance, accounting and/or any other affairs,” the company said. In addition, the board has accepted the request from Zhengming Pan, director and chief executive officer, to temporarily step aside from his positions, effective as of Dec 30, 2019, until the committee’s investigation concludes “to ensure a thorough and fair investigation.”

Shengwu Wu has been elected to replace Chen as board chairman, and Zhaofu Tian, 500.com’s current chief technology officer, has been appointed interim chief executive officer, effective Dec. 30, 2019, until the conclusion of the committee’s investigation. Wu will join the board’s Compensation Committee and chair the Strategic Planning Committee.

Japanese Parliament legalized casino gambling in July 2018 to the excitement of many global casino operators. However, for some, the excitement is wearing off, clouded by a reality check.

Some casino executive operators said they first would like to ensure the decision makes financial sense. For example, Wynn Resorts Chief Executive Officer Matt Maddox said on a Nov. 7 earnings call the company is taking a disciplined approach. “We are going to pursue Japan with vigor, but we will not pursue it if it does not make financial sense,” he said. “We like the Japanese market. We think that it will be a very high-revenue market, but we’re focused on making sure that it will be something that our shareholders will also like.”

Las Vegas Sands President Robert Goldstein voiced similar concerns during an October 2019 earnings call, noting the cost to build a single integrated resort in Japan is significantly higher than other markets. “No matter how good you are at this business, that must give you pause to stop and think, ‘Is that prudent?’” Goldstein said. “Can you really deploy? Can you get the return?”

Goldstein added the $10 billion estimates being thrown around to build in the prime city locations of Japan is only a “starting point,” he said. “I don’t think anybody’s going to do for less than $10 billion, unless you’re going to do something subpar.”

At least one casino operator has voluntarily dropped out of the running. In August, Caesars Entertainment announced it was halting its plans altogether to pursue a license for an integrated resort in Japan and, instead, would focus on its takeover by Eldorado Resorts. “The timing of our decision is driven by sensitivity to the significant decisions Japan’s government and business partners will likely be making later this year to advance the process,” said Caesars CEO Tony Rodio.

Other casino operators are moving full speed ahead. MGM Resorts International in August released the following statement from its CEO Jim Murren: “MGM Resorts remains deeply committed to pursuing an integrated resort in Osaka, Japan. We announced our ‘Osaka First’ strategy and have not wavered from that plan. We have always had confidence in our position, as what we will bring to Osaka is something only MGM Resorts can deliver.”

Moving forward, compliance and risk professionals in the industry will have to consider a slew of risks that come with building an integrated resort in Japan—not just bribery risk but financial risk, regulatory compliance risk, and having to overcome widespread public opposition in the region to the building of these casinos.