The Federal Reserve will encourage financial institutions to assess the potential financial ramifications of climate change by conducting stress tests, similar to those performed following the 2007-09 financial crisis. 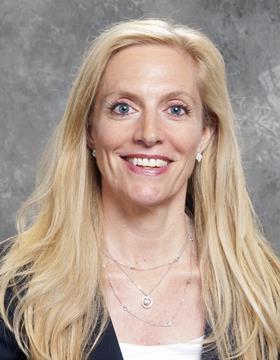 In a speech delivered Thursday at the Federal Reserve Stress Testing Research Conference, Fed Governor Lael Brainard told attendees financial institutions would be wise to conduct climate scenario analyses that “model the possible financial risks associated with climate change and assess the resilience of individual financial institutions and the financial system to these risks.”

She noted there exists a wide data gap that will require substantial work to address—and that voluntary climate-related disclosures by financial institutions and public companies are “an important first step” in closing that gap. Work by the Securities and Exchange Commission to make such disclosures mandatory and uniform is “likely to be vital to enable market participants to measure, monitor, and manage climate risks on a consistent basis across firms.”

Brainard discussed in her speech how physical risks from climate change—e.g., increased strength and occurrence of natural disasters, including floods, wildfires, rising temperatures, rising seas, and hurricanes—can negatively affect not only a company’s physical infrastructure but also its supply chain, insurance costs, customers, and more. Also present are transition risks, “arising from changes in policies, technology, and consumer and investor behavior,” she said.

The first stress test developed during the height of the financial crisis was the Supervisory Capital Assessment Program, which provided a foundation for building out a stress-testing program over the following decade, she said. The program developed over time and is widely regarded as having improved banks’ risk management operations, becoming a regularly used tool.

A climate change stress test—what Brainard calls climate scenario analysis—is a similarly worthwhile endeavor, she said. Such a model won’t be easy to launch, she said, acknowledging it “faces the challenge of having to consider plausible but novel combinations of risks that are associated with substantial uncertainty.”

Historical precedents aren’t helpful, since climate change is evolving so rapidly and affecting different sectors, regions, and asset classes in different ways. “These cumulative and chronic changes could have economic effects that differ substantively from the historic experience, for example, if they contribute to shifts in the location of economic activity or the sectoral composition within a region,” she said.

Climate change is also upending the traditional model of hedging risk through insurance, Brainard said. “Stress could be transmitted through a sudden repricing of insurance contracts or by a withdrawal of coverage, as we are already seeing in the case of wildfires and flooding in certain areas,” she said.

The Federal Reserve’s Supervision Climate Committee will likely provide guidance to member institutions about how to conduct climate scenario analyses, while the Fed’s Financial Stability Climate Committee is considering how climate change could have the “potential for complex interactions across the financial system.”

“It will be helpful to move ahead with the first generation of climate scenario analysis to identify risks and potential issues and to inform subsequent refinements to our models and data,” Brainard said, noting the effort should draw upon the experience of regulators abroad who have already launched such work. Examples provided included the Network of Central Banks and Supervisors for Greening the Financial System; the European Central Bank; and regulators in Canada, France, and the United Kingdom.

“We will reach better outcomes if we tackle these challenges through open dialogue and continued engagement of the kind exemplified by today’s conference,” Brainard said.