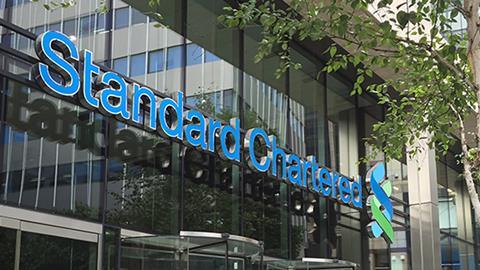 Standard Chartered Bank to pay $1.1B for sanctions violations

Standard Chartered Bank, a U.K.-based financial institution, will pay a total of $1.1 billion in a global settlement for sanctions violations. 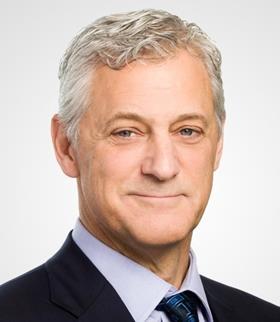 Under the terms of the resolutions, Standard Chartered will pay a total of $947 million in monetary penalties to the U.S. government agencies and £102 million (U.S. $133 million) to the U.K. Financial Conduct Authority. The bank took a $900 million provision, which included these matters in the fourth quarter of 2018, and will take a further and final charge of $190 million in the first quarter of 2019, the company announced.

Standard Chartered’s deferred prosecution agreements (DPAs) with the Department of Justice and the New York County District Attorney’s Office have been extended to April 9, 2021. The resolutions include no new compliance monitorships, and the monitorships previously imposed by the DFS and the Justice Department were terminated on Dec. 31, 2018, and March 31, 2019, respectively.

According to the Department of Justice, Standard Chartered agreed to a forfeiture of $240 million, a fine of $480 million, and the amendment and two-year extension of the DPA for conspiring to violate the International Emergency Economic Powers Act (IEEPA). This criminal conspiracy, lasting from 2007 through 2011, resulted in Standard Chartered processing approximately 9,500 financial transactions worth approximately $240 million through U.S. financial institutions for the benefit of Iranian entities.

Additionally, the New York County District Attorney’s Office announced that Standard Chartered will pay an additional financial penalty of $292.2 million. Under the amended DPA, Standard Chartered admitted that it violated New York State law by, among other things, falsifying the records of New York financial institutions.

Standard Chartered also entered into separate settlement agreements with the U.S. Department of the Treasury’s Office of Foreign Assets Control; the Board of Governors of the Federal Reserve System; the New York State Department of Financial Services (DFS); and the U.K.’s Financial Conduct Authority (FCA), under which the bank will pay additional penalties totaling more than $477 million.

The Justice Department said it has agreed to credit a portion of these related payments and, after crediting, will collect $52.2 million of the fine, in addition to the bank’s $240 million forfeiture.

The FCA fined Standard Chartered £102.16 million (U.S. $133.2 million) for anti-money laundering (AML) breaches in two high-risk areas of its business—U.K. Wholesale Bank Correspondent Banking business and its branches in the United Arab Emirates (UAE). The FCA said it was “the second largest financial penalty for AML controls failings ever imposed.”

Standard Chartered’s failings occurred in its U.K. Correspondent Banking business during November 2010 to July 2013 and in its UAE branches during the period from November 2009 to December 2014.

“Standard Chartered’s oversight of its financial crime controls was narrow, slow, and reactive,” said Mark Steward, director of enforcement and market oversight at the FCA. “These breaches are especially serious because they occurred against a backdrop of heightened awareness within the broader, global community, as well as within the bank, and after receiving specific attention from the FCA, U.S. agencies and other global bodies about these risks.”

“Standard Chartered is working to improve its AML controls to ensure all issues are fully addressed on a global basis,” Steward said. “The FCA has taken into account Standard Chartered’s remediation work and its cooperation in assisting the FCA investigation, without which today’s financial penalty would have been even higher.”

In connection with the conspiracy, a former employee of Standard Chartered’s branch in Dubai, United Arab Emirates (UAE), whose name was not disclosed, pleaded guilty in the District of Columbia for conspiring to defraud the United States and to violate IEEPA. A two-count criminal indictment was unsealed April 9 in federal court in the District of Columbia charging Mahmoud Reza Elyassi, an Iranian national and former customer of Standard Chartered Dubai, with participating in the conspiracy.

“Today’s resolution sends a clear message to financial institutions and their employees: If you circumvent U.S. sanctions against rogue states like Iran—or assist those who do—you will pay a steep price,” said Assistant Attorney General Brian Benczkowski.

“When a global bank processes transactions through the U.S. financial system, its compliance program must be up to the task of detecting and preventing sanctions violations—and when it is not, banks have an obligation to identify, report, and remediate any shortcomings,” Benczkowski added. “The Justice Department is committed to protecting our U.S. financial system and will continue to hold financial institutions and individuals to account when they violate U.S. sanctions laws.”

A two-count felony criminal information was filed on April 4 in the District of Columbia charging Standard Chartered with illegally conspiring to violate IEEPA. The first count alleges Standard Charter’s participation in a criminal conspiracy from 2001 through 2007.

The second count alleges Standard Chartered’s participation in a criminal conspiracy to violate IEEPA from 2007 through 2011. This latter conspiracy resulted in Standard Chartered intentionally processing U.S. dollar transactions through the U.S. financial system for the benefit of Iranian individuals and entities worth approximately $240 million.

In the amended DPA, Standard Chartered admitted and accepted responsibility for its criminal conduct, agreed to extend the term of the agreement for an additional two years and, among other things, agreed to additional cooperation, compliance, and disclosure obligations.

As part of the amended DPA, Standard Chartered admitted that, from 2007 through 2011, two former employees of its branch in Dubai willfully conspired to help Iran-connected customers conduct U.S. dollar transactions through the U.S. financial system for the benefit of Iranian individuals and entities. One of these Iran-connected customers was Elyassi, an Iranian national who operated business accounts with Standard Chartered’s Dubai branch while residing in Iran.

According to the indictment, unsealed April 9, Elyassi and his co-conspirators registered numerous supposed general trading companies in the UAE and used those companies as fronts for a money exchange business located in Iran. Between November 2007 and August 2011, Elyassi used a business account at Standard Chartered’s Dubai branch to cause U.S. dollar transactions to be sent and received through the U.S. financial system for the benefit of individuals and entities ordinarily resident in Iran in violation of U.S. economic sanctions.

Since mid-2013, Standard Chartered has engaged in significant remediation, including the comprehensive enhancement of its U.S. economic sanctions compliance program and significant improvements to its financial crime compliance program. Once presented with evidence of potential post-2007 sanctions violations, Standard Chartered provided substantial cooperation in the government’s investigation, including by producing significant evidence of criminal wrongdoing perpetrated by its employees and customers.

“The Group accepts full responsibility for the violations and control deficiencies outlined in the resolution documents, the vast majority of which predated 2012 and none of which occurred after 2014,” Standard Chartered said. “These violations include the actions of two former junior employees who were aware of certain customers’ Iranian connections and conspired with them to break the law, deceive the Group and violate its policies.”

In a statement, Group Chief Executive Bill Winters said the company was “pleased to have resolved these matters and to put these historical issues behind us. The circumstances that led to today’s resolutions are completely unacceptable and not representative of the Standard Chartered I am proud to lead today,” he said. “Fighting financial crime is central to what we do and who we are; we do not tolerate misconduct or lax controls and we will continue to root out any issues that threaten the trust we have built over more than 160 years.”

Since 2012, Standard Chartered said it has made “substantial investments in its financial crime compliance program and increased related headcount six-fold.” Additionally, the bank said it has “made extensive changes to its board, senior management and governance and established a board financial crime risk committee, whose members include independent non-executive directors and external advisors with backgrounds in law enforcement and national security.”

“The Group has also significantly expanded its sanctions compliance teams and introduced stringent due diligence requirements for existing and new clients,” the company stated. Other improvements to the Group’s financial crime compliance include:

Standard Chartered added that in 2015 it also launched its Correspondent Banking Academies, in which the bank shares its tools and experience with respondent-bank clients to help them build robust controls for managing financial crime risk. Some 1,200 banks from 71 countries have taken part in these events.