Almost no one becomes a whistleblower by choice.

The individuals featured in this series described the process not as a “light bulb” moment, but rather as a slow and steady whittling down of options. They realized stepping forward led them to become isolated within their organizations. If they were a contractor or found fraud in an organization for which they did not work, they experienced a slow dying of their consultancy or business. Longtime clients gradually fell away, contracts were not renewed, and work opportunities dried up as the suspicion they were an informer deepened and grew.

Whistleblowers are supposed to remain anonymous, but because many of them try to report issues internally first, their organizations know exactly who they are and the content of their allegations. These individuals rarely find any allies within their organization when they report fraud. So, they walk the whistleblowing path alone.

Sherron Watkins, the whistleblower who exposed the fraud at Enron in 2001 that eventually brought down the company, remembers she was shocked at the response from management to her one-page memo detailing notable accounting irregularities.

“You actually think you’re delivering a pile of facts and truth and that’s going to be what they look at. And you don’t think you’re going to be attacked. You don’t think it’s kill the messenger,” she said. “And so, you’re very optimistic. You know you’re delivering some bad news, but it’s facts and evidence and truth. So, it’s a shock when you know that truth and that set of facts are ignored. And that is what’s so hard for people to grasp, because you really expected the evidence to support you.”

Rather than being welcomed, whistleblowers find their truth-telling to be inconvenient at best, and they are ignored or met with hostility and derision.

In 2010, New York City Division of Health Care Access and Improvement software technician Brendan Delaney reported to his boss about his concerns regarding hundreds of errors occurring with the eClinicalWorks medical records software used by the city’s prison system. But he was continually rebuffed by his boss, who was the manager for the prison system’s IT unit. 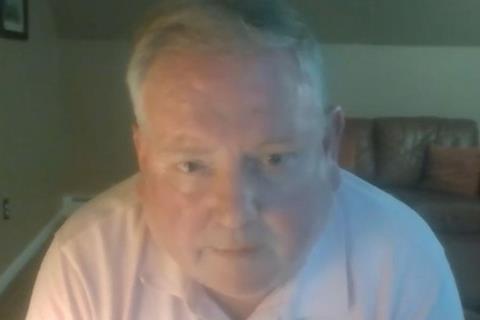 “He did absolutely nothing about it. And he would stall you every single time. … I thought I was doing the right thing,” said Brendan Delaney of communicating his concerns regarding eClinicalWorks to his boss.

“He did absolutely nothing about it. And he would stall you every single time. … I thought I was doing the right thing,” Delaney said.

While Delaney’s boss dismissed his concerns, eClinicalWorks, he said, blamed the problems on “user error”—that is, it’s the doctors’ and nurses’ fault.

Frustrated, Delaney documented the issues, took copious notes, collected screenshots of glitches and flaws, and saved emails and other written complaints from medical professionals. Next, he took his concerns to the city’s Department of Investigation, hoping its oversight role and relative distance from his boss and the prison system might spark some action. But that went nowhere as well.

“I thought, ‘Oh, they’re not doing anything about it either.’ … I gave them unbelievable, copious notes—very detailed notes with explanations, examples, doctors’ concerns by email, and stuff like that—but it went nowhere,” Delaney said.

His next move was to Google the definition of a whistleblower. This (action) was a theme among individuals interviewed for this series. None of them really considered themselves a whistleblower until long after they discovered the fraud or wrongdoing. To a person, they expected their organization would welcome their information with open arms, fix the problem, and thank them for bringing the issue to their attention.

When that didn’t happen, the surprise and confusion these soon-to-be whistleblowers felt paralyzed them for a time. Many froze in place, not knowing what to do next. Move forward with reporting the misconduct, and they put their career on hold. Stay silent, and they’d be complicit in the wrongdoing. Eventually, each person realized they had to report the issue to an outside agency.

Jeffrey Smith’s California-based software business, OnTheGo Wireless, helped wireless companies and their customers find the rate plan that would result in the best price. He was sure OnTheGo’s service would be welcomed by wireless providers because it would allow them to offer more competitive prices. They could undercut their rivals on big corporate wireless contracts and muscle in on market share in a business that was fiercely competitive.

Jeffrey Smith provides insight into an understated facet of discovering misconduct—being the only person not in on it who knows.

These wireless companies had included in many of the contracts a provision that they provide rate plan optimization to their customers. But when Smith approached them, he said they told him they didn’t want his company’s help, even for the purpose of fulfilling contract requirements.

Smith encountered a similar reaction when he spoke with some customers. Corporations and government agencies politely declined to go after the wireless carriers for unrealized savings. For a time, Smith didn’t know what, if anything, he could do.

At Second Chance Body Armor, which had been alerted in 2001 by its vendor Toyobo Co. that the Zylon material in many of its bulletproof vests degraded in normal heat and humidity and became less effective over time, research director Aaron Westrick set about to find out the seriousness of the problems. He sent some vests made with Zylon to be tested by private ballistic analysts and, later, the Department of Justice.

Westrick wrote a memo to the company’s president, Richard Davis, and the board of Second Chance in October 2001. In the letter, he laid out his concerns about the vests the company sold made with Zylon.

“You know you’re delivering some bad news, but it’s facts and evidence and truth. So, it’s a shock when you know that truth and that set of facts are ignored. And that is what’s so hard for people to grasp, because you really expected the evidence to support you.”

Second Chance’s reaction was to stall and, in Westrick’s words, hope to shake off the bad news.

Even after receiving Westrick’s letter, Second Chance took no action—neither to address his warning nor fire him. Davis would occasionally give Westrick snippets of Second Chance’s own research results about the problems with Zylon. In one-on-one conversations, Davis agreed with Westrick there might be a problem, Westrick said.

Every time he encountered a new nugget of information about the problems with Zylon, Westrick documented it.

“I’m taking notes like crazy in front of them. I’m capturing things every chance I can; I’ve got running notebooks. I knew about legal standards and notes and the whole thing,” said Westrick, who was also a deputy sheriff and police officer.

For Westrick, the tipping point came in 2003. That year, a police officer in California was shot and killed by a bullet that penetrated his Second Chance vest. Also in 2003, a police officer in Pennsylvania was paralyzed by a bullet the Second Chance vest he was wearing should have stopped. It turned out both the vests that failed had panels of Zylon manufactured by Toyobo.

After he left Second Chance, Westrick testified as an expert witness in a lawsuit filed by the widow of the California officer. He stated Second Chance knew about the problem but did not take action or even warn customers about the issues with the vests.

Andrew Russo, a former concert pianist turned investor and tax preparer, said his connection to other investors drove him to report the fraud he believed his childhood acquaintance Greg Gray and his company Archipel Capital had engaged in regarding a partnership to buy Twitter stock before it went public. Russo and investors became fed up with being lied to, tired of chasing Gray for answers that never seemed to come.

“But this same group of people, many of them had money invested in other partnerships that were still active. And so, there were the ongoing concerns of how things would shake out down the road,” he said. “Not to mention, even though I suppose you could say we had gotten close to a fair result in the Twitter partnership, what it required to get to that point seemed so out of order within the investment profession that I just thought that needed to be on the record.”

Part 3 of our “Witness to Wrongdoing” series explores the process behind blowing the whistle.