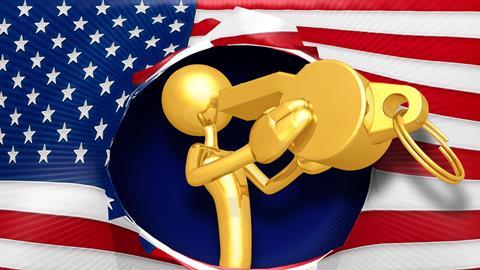 Whistleblowers finding system stacked against them

Are whistleblowers getting the short end of the stick? Consider the curious case of Victor Hong.

Hong is a corporate whistleblower who has been trying for years—so far, unsuccessfully—to get a piece of the $4.9 billion settlement hammered out in 2018 between the U.S. Department of Justice (DOJ) and Royal Bank of Scotland (RBS). The DOJ alleged RBS engaged in systemic fraud with its mortgage-backed securities between 2005 and 2008.

Hong, a former managing director for an RBS subsidiary, reported wrongdoing at RBS to the Securities and Exchange Commission (SEC) in 2014. He says he provided thousands of documents and internal RBS emails to investigators as part of his testimony.

Hong says the SEC handed his evidence off to other agencies—the DOJ and the Federal Housing Finance Agency (FHFA) among them—which each used it to launch successful investigations against RBS. But the SEC never launched its own investigation, nor did it participate in the DOJ or FHFA investigations.

That leaves Hong without a way to apply for a reward, since of the three agencies, only the SEC has a whistleblower reward program. He has filed a petition for review in the U.S. Court of Appeals for the Second Circuit against the DOJ and SEC seeking some compensation for his testimony.

An SEC spokesman declined to comment on the Hong case, while the DOJ did not return a request for comment.

The DOJ said in a Jan. 30 response to Hong’s lawsuit that it should be dropped from the case because the SEC “is the only proper respondent in this case.”

There’s been plenty of news lately regarding whistleblowers, from the unnamed government employee whose complaint launched an impeachment inquiry against President Trump to alleged corporate retaliation against whistleblowers by Uber and the State of California, among others.

Retaliation against whistleblowers is on the rise, says Tom Devine, legal director for the Government Accountability Project, a nonprofit that supports whistleblowers and lobbies for better protections for them.

Even worse for potential whistleblowers, the Dodd-Frank Act, the federal legislation that established the whistleblower program for the SEC, contains language that wipes out a chance at compensation if a whistleblower first alerts his or her employer to the wrongdoing, Devine said.

“It means a whistleblower’s best option is to blindside their employer,” Devine said. Whistleblowers who want to receive a reward “have to bypass their employer and go straight to the SEC, which is very unfortunate,” he said.

The Senate is considering legislation (S.2529) introduced by Sen. Chuck Grassley (R-Iowa) that would allow whistleblowers to inform their employers of wrongdoing first and still be eligible to receive a reward. The bill is currently before the Senate Committee on Agriculture, Nutrition and Forestry.

At the same time, chances a whistleblower will receive financial compensation for coming forward is extremely rare, Devine said.

“It’s like winning the lottery,” he said. “There’s such a miniscule prospect of compensation, but there’s a very likely prospect of whistleblowers becoming a retaliation target.”

Part of the process

In response to Hong’s repeated attempts to seek reward, the SEC replied the matter is not a “covered action,” which the agency defines as a “judicial or administrative action brought by the Commission under the securities laws that results in monetary sanctions exceeding $1,000,000.” The case being brought by the DOJ means no covered action, and thus, no whistleblower reward eligibility.

Sean X. McKessy, a partner in the whistleblower practice at law firm Phillips & Cohen, was the first chief of the SEC Whistleblower Office, where he helped establish the processes used to assess and review whistleblower tips.

“If at the end of the day, the SEC defers entirely to the DOJ, the reality is the DOJ does not have a securities law whistleblower award program,” he said.

“When someone approaches a regulator, you don’t control who takes action,” said McKessy, who now represents whistleblowers. “It’s not incumbent on the SEC to make sure a whistleblower gets any award.”

In order to receive an reward from the SEC, the whistleblower must provide “original, timely, and credible information that leads to a successful enforcement action.” Whistleblower rewards can range from 10 percent to 30 percent of the money collected when the monetary sanctions exceed $1 million.

And yet, Hong isn’t alone in being denied compensation. The SEC received 5,212 tips in 2019 and receives thousands of tips from whistleblowers every year, but has “awarded approximately $387 million to 72 individuals since issuing its first award in 2012,” the SEC said.

That’s an average of just over 10 SEC whistleblower rewards each year.

Devine, at the Government Accountability Project, says the SEC’s whistleblower program has been a very effective tool for law enforcement. But it has left most whistleblowers open to retaliation without any real chance at cashing in.

“There should be a way for whistleblowers to have an impact without becoming martyrs in the process,” he said.