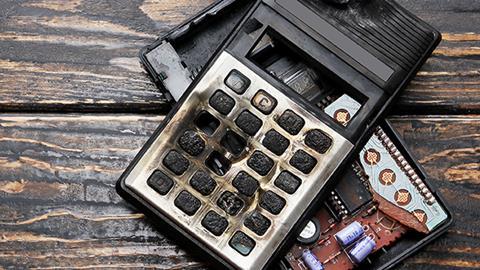 Potential major deferrals in pending accounting standards reflect not only the enormity of change that’s occurring. They also represent a symptom of the growing tension in financial reporting between estimation and precision.

The Financial Accounting Standards Board is pushing the pause button on some major accounting changes, including CECL for smaller reporting companies, as the system tries to catch up with huge change in recent years and prepare for more change still to come. The board plans to propose carving out smaller reporting companies as defined by the Securities and Exchange Commission from the Jan. 1, 2020, adoption of CECL and give them and other non-public companies until 2023 to comply. The batch of delays would also include a one-year deferral for private companies to apply new rules on lease accounting, and it would delay a new rule on insurance contracts for all entities.

CECL is the new rule on credit losses, which requires companies to shift from reporting losses on debt-based instruments as they occur to developing projections under a “current expected credit losses” model. The standard requires entities to use a combination of internal and external data massaged by judgments and estimates to arrive at expected losses to be reported in financial statements. Large banks are well on their way to complying with the new approach, and some are saying they will make sizable increases to their loan loss reserves as a result.

Another element, says Dyer, is continued tension over how to develop a model that complies with the standard, which does not prescribe an exact method but tells companies to use judgment based on their own circumstances to estimate future losses. The availability of data to feed into a proposed model, not to mention the quality and reliability of that data, are matters of ongoing debate.

Scalability of the standard to smaller organizations is still a point of confusion, says Thomas Barbieri, a partner at PwC. “Less sophisticated institutions are wondering to what extent they need models to satisfy the standard. There’s a lot of noise in the system relative to how far you need to go.”

And therein lies the tension between estimation and precision. CECL is an estimate, but how precise must it be to satisfy regulators, auditors, and investors?

As FASB opened discussion on a deferral of the effective date for some, its staff also issued new guidance on CECL to try to address that tension. The guidance answers questions around the standard’s requirement for companies to use reasonable and supportable forecast information to develop their loss reserves.

Especially from smaller organizations and those that are not on the leading edge of CECL preparations, FASB staff has fielded questions about how to arrive at “reasonable and supportable” forecast data and where historical information can be used, says FASB member Sue Cosper.

In an effort to combat continued “misinformation,” the new staff guidance is meant to provide some granular clarity about how to apply the standard, particularly for smaller financial institutions and credit unions, says Cosper. “It helps them understand what they need to do and what they don’t need to do,” she says.

FASB staff also plans to roll out a series of workshops, perhaps in the fall, to help smaller organizations in particular understand how to apply the standard. “The methodology smaller banks can apply very much leverages the practices and methodologies they use today,” Cosper says.

The workshops will be meant for practitioners and auditors alike, she says, “to help get the word out about what this is and what this isn’t,” said Cosper. “We’re trying to really help them understand that they can really leverage what they’re doing today.”

Mike Gullette, senior vice president of tax and accounting at the American Bankers Association, which has lobbied Congress to block CECL so it can be more closely studied and possibly revised, is circumspect. “It’s a complicated process inherently,” he says.

To appropriately develop models under CECL, banks have to look at all aspects of credit risk, says Gullette, and they have to be able to explain that to auditors and investors. “That’s very comprehensive,” he says. “To say you can use simple models vastly underestimates how much preparation needs to occur, but also how much data you need and what kind of quality that data needs to be.”

Auditors, for example, are under ongoing scrutiny from their regulators—the Public Company Accounting Oversight Board—to exercise more skepticism and to look more closely at how management arrives at its estimates and assumptions, says Gullette. “New auditing standards are telling them to be skeptical,” he says. “They’re going to ask why you didn’t arrive at their different estimates. They’re going to use peer information and third-party data. You have to be able to answer their questions. Simple models will not answer all their questions.”

In their preliminary modeling, banks are finding they get their best reserves under CECL and can explain period-to-period changes more easily when they begin with granular facts and data and then bring it to a higher level, says Gullette. Beginning at a higher level is problematic, he says. “You might find you have overlooked data you need if you do things starting from a high level.”

FASB’s planned extension of the CECL timeline for smaller reporting companies and non-public companies will give the system time to sort that out. The board is preparing to issue a proposal to amend effective dates for not only CECL but for a handful of other pending standards as well as for various organizations, including the new leasing standard for private companies, depending on where the original effective date fell. The proposals are expected soon, and they will be open for a 30-day comment period.

With the earliest of effective dates to be deferred approaching on Jan. 1, 2020, “we need to act expeditiously,” says Cosper.