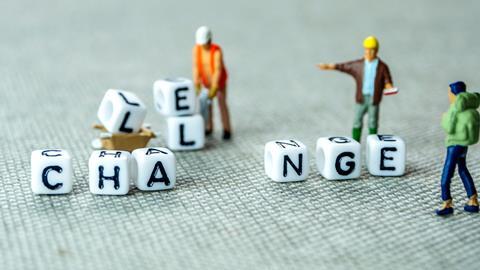 The Financial Accounting Standards Board has issued a proposed revision to the CECL standard to address a handful of implementation questions that have surfaced, including how to address certain negative allowances.

FASB has issued a proposed accounting standards update that would make some small changes to Accounting Standards Codification Topic 326 on measuring credit losses. That’s the standard that requires companies to adopt a “current expected credit losses” (CECL) approach to recognizing the state of credit-based instruments in financial statements.

Calendar-year public companies are due to adopt CECL on Jan. 1, 2020, despite some pressure on FASB to delay the standard so its effect on the economy can be better understood. FASB recently indicated it may consider revising some effective dates for pending standards, including CECL.

Although the focus is largely on private companies and not-for-profit organizations, the consideration will include small public companies, FASB Chairman Russ Golden said during a recent speech. The issue will be discussed on FASB’s agenda when it meets July 17, according to a spokesman for the board.

If the board considers delays for smaller companies, it will have to define what it considers to be a small public company for that purpose. The board would issue some kind of proposal or invitation to comment, said Golden, to determine whether any effective dates should be revised.

In the meantime, FASB is moving forward with some minor changes to the CECL standard to address questions around negative allowances that are on the books when an entity purchases financial assets that have already experienced some deterioration in credit. A negative allowance occurs when an entity writes off, fully or partially, the amortized cost basis of a financial asset and then determines some or all of it will recover.

FASB’s proposed amendments would also provide some transition relief for troubled debt restructurings, and they would address questions around disclosures related to accrued interest receivables and financial assets secured by collateral maintenance provisions.

Revisions to major standards leading up to the effective date has become a pattern for FASB the past few years as companies have worked to adopt major new rules on revenue recognition and leases before tackling CECL. The board has already made some changes to CECL to resolve questions about the potential for dual measurement requirements.

As companies prepare for the new accounting and encounter uncertainties, FASB has taken questions and considered whether the standard needs to be revised to provide greater clarity. It made a number of changes to the rules on revenue recognition and leases leading up to implementation as well.

FASB is accepting comments on the CECL amendments proposal only until July 29 so that it can expedite the changes.