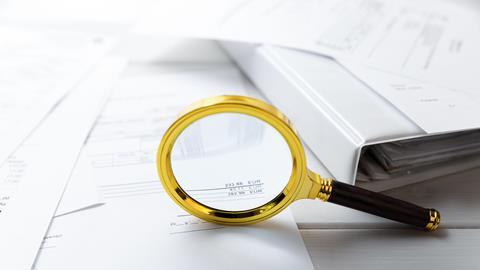 After preliminary work by 10 audit firms to prepare for new critical audit matter disclosures, audit regulators are advising auditors to think a little more broadly about how they identify and describe CAMs.

The Public Company Accounting Oversight Board shared a rare preview of its assessment of implementation activity in preparation for a new auditing standard. The board released three pieces of staff guidance that provide a high-level overview of CAM disclosure requirements, observations of the methodologies firms are developing to comply with the standard, and a deeper dive into the determination of CAMs.

Auditors have already retooled their audit opinions to reflect part of a new PCAOB standard requiring them to include new information in audit reports. Information already appearing includes, for example, how long the audit firm has served as the public company’s independent auditor. Firms have also added new language about their responsibilities and made a few other formatting changes.

Beginning in 2019, auditors will also add disclosures about critical audit matters, or CAMs, they identified and addressed during the audit process. CAMs are defined by the PCAOB as matters arising during the audit that were communicated or required to be communicated to the audit committee involving accounts or disclosures material to financial statements that involved “especially challenging, subjective, or complex auditor judgment.”

After developing methodologies for how they will comply with the new disclosure requirements, audit firms conducted dry runs with a sample of audit clients to work through the process and refine it before making their first disclosures. The PCAOB says it reviewed that work and found instances where the firms were perhaps limiting their potential disclosure by looking too narrowly at the requirements of the standard.

The PCAOB says it found some auditors planned to communicate either the relevant account or the relevant disclosure connected to a CAM to avoid duplication, although the standard does not provide for such a limitation. “A CAM may relate to one or more account(s) or disclosure(s) or both,” the PCAOB says.

In a separate release, the PCAOB also provides a deeper dive into the identification of CAMs, answering a series of questions about how to apply the requirements, whether CAM determinations should be consistent across auditors, whether CAMs are expected to vary year to year, how to evaluate significant events or overall performance in the context of CAMs, how a material weakness or significant deficiency in controls should be considered, and the relationship of CAMs to a company’s disclosures and critical accounting policies. Questions also address how significant risks should be considered and how audit strategy factors into the equation.

The earliest CAM disclosures are expected to appear in financial statements for the largest companies whose calendar years end June 30, 2019.