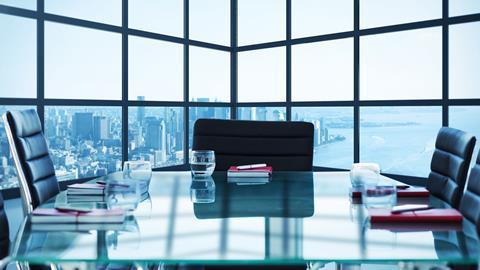 Study: Shareholder support down for board nominees

The number of board nominees who failed to receive a majority of shareholder support in the first six months of 2019 reached a five-year high, according to the latest ProxyPulse report.

ProxyPulse is a collaboration between Broadridge, a provider of investor communications solutions, and PwC’s Governance Insights Center, a group that supports directors and investors with governance knowledge. ProxyPulse is based, in part, on Broadridge’s processing of “street” shares, which account for more than 80 percent of all shares outstanding of U.S. publicly listed companies. Shareholder voting trends during a proxy season represent a snapshot in time and may not be predictive of full-year results.

This year’s ProxyPulse features voting trends from 4,059 public company annual shareholder meetings held between Jan. 1 and June 30, 2019, including results for this proxy season with five-year trends. According to the report, the number of board nominees failing to receive at least 50 percent support has continued to climb, from 345 in 2015 to 478 in 2019, compared to 416 in the first six months of 2018.

“On average, shareholder support for directors remained high, at 95 percent of the shares voted,” said Chuck Callan, Broadridge senior vice president, regulatory affairs. “However, in comparison to five years ago, there was nearly a 40 percent increase in the number of directors who failed to get a majority of the street shares voted in their favor.”

“Moreover, over 45 percent more directors failed to surpass the 70 percent support threshold, and this will factor into opposition voting next year,” added Callan. “These trends are occurring despite lower numbers of directors standing for election.”

For corporate political spending proposals, average support has continued to increase each year over the last five years and rose to 31 percent in 2019 from 28 percent in 2018. Support of institutional shareholders (at 32 percent) was 13 percentage points higher than support of retail shareholders in the 2019 proxy season.

The number of environmental and social proposals put to a vote rose slightly from 110 in 2018 to 115 in 2019. However, overall average support declined two percentage points to 25 percent in 2019 from 27 percent in 2018. This was the first such decline over the last five years. “Given that engagement between institutional shareholders and companies has increased, it is likely the decline in average support could be related to discussions outside of the proxy process,” according to the report.