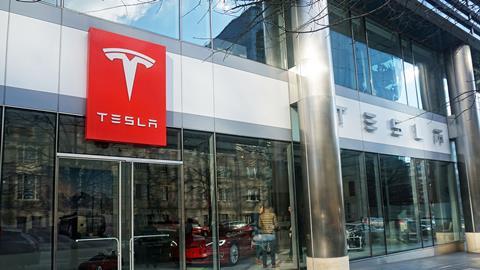 Tesla to phase out four board members

Electric car maker Tesla disclosed in a filing with the Securities and Exchange Commission that four of its directors eventually will be phased out, reducing the size of its board to seven.

“However, the board and the nominating and corporate governance committee will continue to frequently evaluate the optimal size of the Board and the collective experience and expertise of its members,” Tesla said in a proxy statement filed with the SEC on April 19. The company said its decision to reshuffle the board was due, in part, to the “significant increase in the size of the board from seven to 11 directors in the past five years and the duplication of certain areas of experience or expertise on the board.”

Tesla went on to describe its four specific goals:

As part of the board shakeup, each of the four directors agreed not to stand for re-election at the expiration of their respective current terms. Two directors—Brad Buss, who has been a director since 2009, and Linda Johnson Rice, who joined in 2017 as an independent director—will not stand for re-election at Tesla’s annual meeting this year, Tesla said in a separate filing with the SEC on April 18.

“Such agreements did not result from any disagreement between Tesla and any of such directors,” the company said.

In addition to shrinking the size of its board, Tesla laid out a series of proposed amendments that it said took into consideration recent feedback from its institutional investors “having determined that it is the appropriate time to give our stockholders a greater voice by facilitating their ability to effect changes to certain corporate and board matters and allowing them to vote on the performance of our directors with greater frequency,” Tesla said. The proposals include removing a supermajority voting requirement and reducing director terms from three years to two.

Announcement of the board shake-up comes just four months after Tesla appointed two new independent directors to its board as part of a deal reached with the SEC in September 2018. Those new board members were Oracle co-founder Larry Ellison and Kathleen Wilson-Thompson, global chief human resources officer of Walgreens Boots Alliance, the nation’s largest pharmacy and health and wellness company.

In September, the SEC filed a complaint against Tesla for online comments made by CEO Elon Musk about possibly taking the publicly traded company private. The SEC, citing a lack of evidence that any such deal was a reality, sued the company in the U.S. District Court for the Southern District of New York on charges that the post misled investors.

The back-and-forth legal battle between the SEC, Musk, and Tesla continues to escalate. In March, the SEC made its final case in federal court as to why Musk should be held in contempt for, in its view, violating the terms of a consent decree agreed to earlier this year. A judge has given them until April 25 to resolve their legal dispute.