It would be tempting to think that Ellen Hunt has it made. After all, she has a great job as the chief ethics and compliance officer for the AARP, a 37 million-member non-partisan, not-for-profit organization dedicated to improving the lives of aging Americans.

At a time when Baby Boomers are turning 65 at a rate of 10,000 a day, the AARP—already the publisher of the nation’s largest magazine and a host of other standout media enterprises—is more relevant than ever, helping to reshape an entire society’s thinking on what it means to grow older, what it means to turn 65 in a country where nobody really retires anymore, and how we look at age in general. If that is not a job with an important purpose baked into it, then nothing is.

Ellen’s role at the AARP is classic ethics and compliance program building. Her primary responsibilities are watching over an organization with more than 2,000 employees, monitoring for any potential conflicts of interest, writing and implementing a code of conduct, running the employee hotline, overseeing training and compliance communication, and overseeing a formally designated ethics officer and an investigative team. Much of this has been built from the ground up by Hunt herself, who joined the AARP some five years ago, at a time when the organization wanted to put a robust ethics and compliance program in place, not because it had to, but because it wanted to.

“It is very unique for a not-for-profit to have that kind of initiative to be driven by the board. And it was a very attractive incentive to join an organization that was putting together a best-in-class program because it thought it was the right thing to do, not because some regulator was breathing down its neck or because it was trying to get in front of some problem,” Hunt says. “That’s an amazing thing. And I wish it happened in many more organizations.” 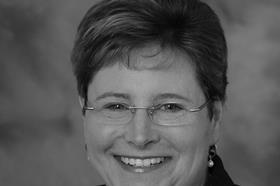 Quote: “There is a real connection with your brand and your profitability and how you behave in the marketplace. That goes way beyond just following the law. Everybody expects you to follow the law. That’s like showing up with your clothes on.”

As a result, Hunt has not had to fight the battles for support and resources that so many of her ethics and compliance colleagues across the profession have faced. Plus, Ellen will be the first to tell you that the AARP is a great place to work. Living in Chicago but working in Washington, DC, Ellen commutes each week from city to city, coming in on Monday and going home on Thursday, working remotely when she can with the approval of management. “As an employer, the AARP has been very thoughtful about making sure that people have the right opportunities to take care of their personal needs,” Ellen says. “There is the idea that if you’ve got that stuff running well, then you’re better here, at work.”

Be that as it may, not everybody is willing to make a 700-mile commute (each way) every week, and those who are, typically only do so because the job is really, really worth it. And for Ellen, it is. Not just because of how it has treated her, but because of what it has enabled her to do with her career.

Hunt began her career as a lawyer specializing in mergers & acquisitions work. She got into the ethics and compliance field because she was with a firm that had a large compliance settlement, and the board decided to create a corporate integrity program. Hunt was tapped to put the program together, and the move proved to be a fateful one. She serves as vice president of compliance operations for Blue Cross and Blue Shield of Illinois for five years, as vice president of compliance for U.S. Foodservice, Inc., for nearly two years, and joined the AARP in 2011. She has served there ever since. In the meantime, she speaks frequently at industry gatherings, and is a prolific writer.

“A very positive thing about moving from the legal field to ethics and compliance is how open people are to share ideas, to engage in dialogue, and to think about your problem as their problem. It was a true mind shift from being strict legal counsel, where everything is a negotiation just to begin working with your peers,” Hunt says. “I never expected this profession to be so fulfilling and to have such great colleagues. I can call my peers at any time, about almost any topic, and I will find people who are very willing to share. It’s a wonderful community, one that is committed to the profession as a whole, rather than to the notion of “my program has to be better than yours.”

When people ask Hunt what she does, she tells them that her job description is three pages long, but ultimately, her role is to help the organization make better ethical decisions. To that end, one of the more satisfying parts of Hunt’s job is acting as an adviser for employees looking for ethical guidance. “I would much rather be helping somebody work through a situation before they have done the wrong thing than to be investigating folks,” Hunt says, noting that she spends a lot of time being an open door to her colleagues, a resource. “I tell people that if they have a problem, they don’t have to sit in silence, they shouldn’t just let it fester. There is a solution. I can be a counselor in ways that lawyers can’t be. That’s a job in and of itself.”

Hunt’s time in ethics and compliance comes at an interesting time, when the profession is emerging from its early days as a patchwork enterprise, filled with professionals drafted from the ranks of other areas to a true profession with a sense of best practices, an ever-more-solid mission and mandate, and the backing to get it all done. But perhaps the most compelling thing for her is seeing the progression from compliance to the inclusion of ethics.

“It has always been an understanding of my organization’s board and C-suites that the real deal is the ethics piece,” Hunt explains. “Compliance is the ground floor. It is a given. You must obey the law. But ethics is the ceiling.” Put another way, law is what can be done, while ethics is what should be done. Implementing and enforcing rules only goes so far, Hunt says. The goal is to motivate and inspire people to behave in a certain way because it’s the right thing to do, and it makes things better for everyone.

“Also, just to be frank here, when you act ethically, you make more money!” Hunt says. “There is a real connection with your brand and your profitability and how you behave in the marketplace. That goes way beyond just following the law. Everybody expects you to follow the law. That’s like showing up with your clothes on. But the real expectation is for you to do your business in a way that is thoughtful and mindful of how it impacts others.”

The bigger struggle, Hunt says, is for those that are highly regulated, forced into a “check the box” mentality, and feel that a regulator is about to knock on their door any time. Since these companies often are very big, they wonder, could something be going wrong somewhere within the organization unintentionally? Sure. But that is where the culture comes in.

“People love to say how culture is all about the tone from the board on down. No, it’s not,” Hunt says with special enthusiasm. “It’s the tone of the whole organization. It goes back to Professor Asch’s old experiment in the 1950s about conformity. If you set the standards and how you expect people to behave, almost all of them will, if the message is clear.”

And yet, actually proving all this remains frustratingly elusive. Sure, there are plenty of small success stories of people who come to Hunt with a problem, receive her counsel, and the situation has a happy ending. And her relentless drive to monitor and improve her own program speaks for itself. She notes that one builds a successful ethics and compliance program one brick at a time, one success at a time. But it’s a bit harder to show success on a large, organizational scale, especially when trying to disprove a negative: How many problems did we avoid?

“The more I get to work with the secretaries and the boards, the more they understand why it is a good thing that you are there,” Hunt says. “A real success is when you can have a candid conversation with your board members and C-Suite and discuss solutions that are practical and good for the organization, rather than be treated like some kind of internal affairs cop. A success for me is when I’m not seen as the cop. People come to me, and I am seen as part of the process, and as a resource rather than as a negative, or a magnet for gossip and scandal.”

But there is even deeper success to be had. The ethics and compliance profession has a huge opportunity to establish how it contributes to firms’ bottom line, and a convergence with enterprise-wide risk management is key to getting ethics and compliance a seat at the strategic table. Until then, though, there is still more breaking down of barriers and silos.

“Ethics & compliance isn’t a fortress with a moat around it. It’s not some big, scary thing, and it will be very exciting to convince people of that,” Hunt says, because then it will truly attract the best and the brightest, perhaps from allied backgrounds (accounting, legal, internal audit), perhaps right out of school specifically trained in this field. The dynamic challenges facing ethics and compliance programs call for innovation and creativity and offer true advancement potential, she says, which is why she thinks the profession will continue to boom.

That, and the simple reason that since the birth of the modern compliance profession, we have seen its continued need and its continued success.

“Whatever organization you are in, it has its own rules, and people need to know what those are. We all need guardrails—some, more than others,” Hunt says. And even though we continue to see huge scandals appear in the media—the Panama Papers, Theranos, Operation Car Wash, just to name a few—they would be far more numerous without ethics and compliance programs in place. “We get very focused on this scandal, or that scandal, but if you look at the whole universe, 95 percent of American corporations didn’t have a scandal in 2015, so it’s got to be working,” Hunt says. “Some people are psychopaths and will do wrong no matter what. But if you could boil down every hotline’s numbers and extrapolate the number of employees involved, what have you got? Maybe 2 percent that messed up? Come on, guys … we’re probably getting an A or an A-.”