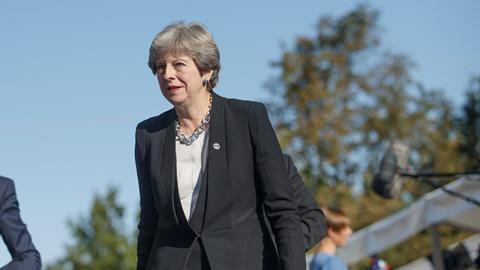 With just over two weeks to go before the United Kingdom is scheduled to leave the European Union, the Brexit waters are still as murky as ever.

A day after voting down Prime Minister Theresa May’s proposed Brexit deal for the second time, the U.K. Parliament voted Wednesday to reject leaving the European Union without a deal by a 321-278 margin. The vote is non-binding, however, meaning that a “no-deal” scenario is still a possibility, though the pressure is on May to ensure the United Kingdom does not crash out of the European Union without a deal.

Parliament will vote Thursday on whether the United Kingdom should request an extension to Article 50 (the mechanism that provides a two-year countdown to leave the European Union once triggered) to delay Brexit past the 29 March deadline.

How long any extension lasts depends on a number of factors, namely: what sort of alternative deal the government puts before Parliament; how quickly MPs get to vote on it; and whether the European Commission and Parliament are prepared to extend Brexit negotiations, and for how long. Echoing Commission President Jean-Claude Juncker, Michel Barnier, the EU’s chief negotiator, said Tuesday that there will be no additional assurances or interpretations to the Brexit deal already on the table.

EU politicians want any extension to be short due to Parliamentary elections at the end of May. Many U.K. politicians also have little appetite to extend the process much further.

Extending the process may provide a series of further options for U.K. MPs to explore.

Firstly, more time provides the government with an option to renegotiate a more palatable Brexit deal for the United Kingdom, especially if May’s original “red lines” of leaving the single market and the customs union are dropped and put back on the negotiating table. Brexiteer Conservatives are still hardcore supporters of a “no-deal” scenario, but the Commons majority is (on balance) more aligned to a more EU-friendly agreement, such as a “Norway-plus” style of partnership, whereby the United Kingdom pays for access to the single market and customs union but is able to avoid EU regulation. The key stumbling block, however, is whether May is prepared to seek proper cross-party support, and whether opposition parties are prepared to back her—or let her hang.

A second option—though highly unlikely—could be to scrap Brexit altogether. Last December the European Court of Justice (ECJ) ruled the United Kingdom could stop Article 50 in its tracks and abandon the whole endeavour without seeking EU approval—the country still has the option to pull the plug on the venture right up until 28 March without even consulting any other EU member state.

A third option is to hold another referendum. But while the opposition Labour Party has said it may support a second referendum, it is very vague under what circumstances the party might do so—and even less clear if the public will actually support the idea or vote in the same direction as the opposition wants it to.

Other options are perhaps more damaging than constructive (depending on one’s viewpoint). For example, MPs can trigger another vote of no confidence in May and try to force her to resign as prime minister, while the “nuclear option” of calling a snap general election is also being talked up. While both options may result in a fresh negotiating stance, it could also mean the European Union and United Kingdom are back at “square one” in terms of deciding how to proceed. And given the lack of traction in the near three years since the U.K. referendum took place, the European Union has ruled out any lengthy period of negotiations.

After Wednesday’s vote, a European Commission spokesperson said: “There are only two ways to leave the EU: with or without a deal. The EU is prepared for both.

“To take no deal off the table, it is not enough to vote against no deal—you have to agree to a deal. We have agreed to a deal with the prime minister, and the EU is ready to sign it.”