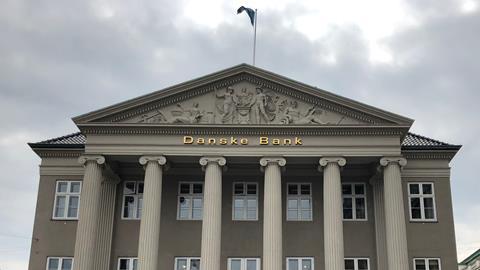 Denmark’s financial regulator has filed a criminal complaint against Danske Bank over a mis-selling scandal that saw its former interim chief executive get fired in June this year.

In a statement, the FSA said although Danske became aware a very large proportion of its customers could expect a negative net return from the investment, the bank did not inform customers, nor did it offer them the option of putting their cash into a deposit account, which the regulator said may be an attractive savings product for many investors.

“In the opinion of the Danish Financial Supervisory Authority, this is a very serious breach of the consumer protection rules that apply in this area,” the FSA said, adding the bank’s behaviour was “a violation” that could “help to weaken confidence in the financial system.”

“As expected, we have received harsh and justified criticism from the FSA,” said Danske’s CEO, Chris Vogelzang, in a statement.

“Our customers must be able to trust that we have their best interests in mind and that we provide correct and adequate information and advisory services to them. We have not lived up to this in this case,” he added.

The regulator has issued the bank with a series of “orders” to ensure proper protection for investors, particularly around the advising and selling of investment products, which the bank says it will comply with. This includes ordering Danske to conduct new suitability tests of all customers with an investment agreement in the investment product.

The bank says it has taken “a number of actions” to ensure compliance and best practices from now on, including improved staff training and reviews into its investment products and procedures.

“We are taking every step necessary to prevent something similar from happening again in the future and to comply with the orders issued by the FSA,” said the bank.

Over a 15-month period, Danske raised fees for Flexinvest Fri even though interest rates at the time were very low, as were the expected returns. The bank also ignored concerns from customers that they were being overcharged, as well as warnings from internal audit and other staff internally that the product was being mis-sold.

On June 24, Danske said that—due to “misguided management decisions”—it would compensate 87,000 affected customers at a total expected cost of around DKK 400 million (U.S. $61 million) by the end of the year.

Jesper Nielsen, the executive who took the fall for the scandal, was Danske’s domestic head of banking at the time and had been one of the bank’s longest-serving executives. He was regarded by the board as such a safe pair of hands that he stood in as interim CEO for eight months until June this year after previous banking chief Thomas Borgen resigned for presiding over Europe’s biggest money laundering scandal, where it is thought that as much as $230 billion in suspicious funds from Russia and other former Soviet states entered Europe through the bank’s tiny branch in Estonia.

The bank is currently under investigation for money laundering by several enforcement agencies in Denmark, Estonia, and France, as well as by the U.S. Department of Justice.