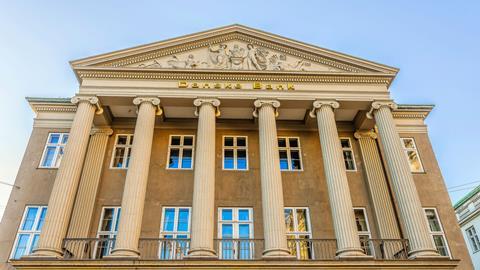 Danske Bank has been forced to fire yet another board member—this time for mis-selling thousands of customers a wealth management product that charged excessive fees.

Jesper Nielsen, Danske’s Danish head of banking, was one of the bank’s longest-serving executives. He was regarded by the board as such a safe pair of hands that he stood in as interim CEO for eight months until June after previous banking chief Thomas Borgen resigned for presiding over Europe’s biggest money laundering scandal.

Nielsen’s ouster this week came after concerns were flagged both internally and by customers that fees for Danske Bank’s Flexinvest Fri product had been raised for a 15-month period even though interest rates at the time were low, as were the expected returns.

“Jesper Nielsen has made significant contributions to the bank throughout many years, most recently as Interim CEO, for which we thank him,” Danske board chairman Karsten Dybvad said in a statement. “But, in the specific matter, he was at the time one of the responsible executive board members who did not to a sufficient degree ensure that the Flexinvest Fri product was suitable for the bank’s customers. Therefore, we find that Jesper cannot continue in his position.”

Executive board member Glenn Söderholm, who heads up Danske’s banking activities in Norway, Sweden, and Finland, will take responsibility for Danish banking too until a replacement is found.

The case, which the Danish financial services authority called “very serious,” is another blow to the reputation of Denmark’s biggest bank, which is trying to limit the fallout from its involvement in a major €200 billion (U.S. $227 billion) money laundering scandal that it initially thought was less than €4 billion (U.S. $4.5 billion).

Both the Financial Services Authority (FSA) and the public prosecutors “are pursuing the possibility of penalizing the bank,” the country’s acting business minister Rasmus Jarlov said on Facebook.

In a press statement, the bank says it expects to receive “justified and severe criticism” from the regulator.

Danske’s latest CEO Chris Vogelzang, who took up his role on June 1, said in a statement that “customers must be at the heart of everything we do,” adding that “we will take all the steps necessary to prevent something similar from happening again in future.”

Vogelzang may have his work cut out trying to restore Danske’s reputation following its role in facilitating suspicious transactions from its now defunct Estonian operations.

The bank is also under formal investigation in France in a scandal that has culled five board members and seen several employees lose their jobs, with dozens more still under investigation.