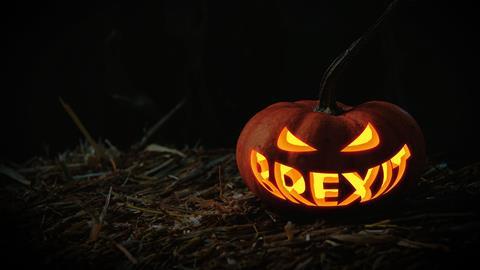 Deal or no deal: PM promises Brexit on Oct. 31

The United Kingdom’s latest Prime Minister—the third in as many years—is not renowned for telling the truth or sticking to his promises: He has twice been sacked for lying (once as a journalist, another as a shadow minister), and he only switched his allegiances to the “vote leave” campaign after opting to publish at the last minute one of two articles he had written on Brexit (the other favored remaining within the European Union).

But after entering 10 Downing Street with just 0.1 percent of the electorate’s backing, Boris Johnson has pointedly said the EU Withdrawal Agreement is “dead” and has steadfastly promised the United Kingdom will leave the European Union on Oct. 31, with or without a deal.

And it looks like he is set to deliver on that promise.

On Aug. 18, the U.K. government signed legislation into force to ensure EU law will cease to apply in Britain after Oct. 31. The following day, the government announced “freedom of movement”—which allows EU citizens to live and work in the United Kingdom (and vice versa for British citizens) without visas, skills requirements, or means-testing—will also come to a halt then.

Similarly, in correspondence and in a meeting with European Council President Donald Tusk at the G7 summit on Aug. 25, Johnson reiterated his stance that the United Kingdom will be leaving the EU on the deadline date “whatever the circumstances,” adding he would prefer to leave with a deal but not one where the Irish backstop—an arrangement whereby Northern Ireland would effectively remain part of the EU customs union to avoid a hard border with the Republic of Ireland—is still in place.

He has also issued repeated warnings that people should prepare for a “no deal” scenario, especially after meetings and calls with France’s President Emmanuel Macron, Germany’s Angela Merkel, and European Commission President Jean-Claude Juncker offered no change to the status quo.

In his latest move, Johnson has gotten the Queen to prorogue—or suspend—Parliament one week after MPs return from their six-week summer recess on Sept. 3. The House of Commons will be shut down from Sept. 10 through Oct. 14, meaning MPs will now return to the Commons just over two weeks before the Brexit deadline and three days before EU leaders have their final Brexit summit. Naturally, the suspension of Parliament will give MPs even less time to attempt to pass laws to stop a no-deal Brexit (the House of Commons was already due to be closed for business from Sept. 13 until Oct. 9 for party conference season).

“Suspending Parliament is not acceptable—it is not on. What the prime minister is doing is a smash and grab on our democracy to force through a ‘no deal.’ ”

Proroguing Parliament is not in itself an abuse of power—in fact, suspending Parliament usually happens once a year, and it allows the government to set out its plans for the legislation it wants to enact in the next Parliamentary session. The timing of Johnson’s latest political move, however, is suspicious: Just yesterday (Aug. 27) opposition MPs led by Labour’s Jeremy Corbyn finally agreed to take the first steps toward trying to pass a law blocking a no-deal Brexit—or at least to delay the process once again—when Parliament returns on Sept. 3. Their thunder has now been well and truly stolen.

Labour leader Corbyn said: “Suspending Parliament is not acceptable—it is not on. What the prime minister is doing is a smash and grab on our democracy to force through a ‘no deal.’ ”

House of Commons Speaker John Bercow said it was a “constitutional outrage.”

Politicians in Europe have also voiced despair. Guy Verhofstadt, the EU Parliament’s Brexit representative, wrote in a tweet that “taking back control has never looked so sinister.”

In a letter sent out to all MPs, the Prime Minister said, “Parliament will have the opportunity to debate the government’s overall programme, and approach to Brexit, in the run up to EU Council, and then vote on this on 21 and 22 October, once we know the outcome of the Council.

“Should I succeed in agreeing a deal with the EU, Parliament will then have the opportunity to pass the Bill required for ratification of the deal ahead of 31 October.”

Given the United Kingdom has not been able to negotiate a deal that can command the support of a majority of MPs in the 38 months since the referendum, it is highly unlikely the government can break the deadlock with the European Union in the remaining seven working days that Parliament will sit between the EU Council meeting ending and the current scheduled leave date.

It is now highly probable the United Kingdom will leave the European Union on Oct. 31 without a deal.

MPs opposed to Brexit, or a no-deal Brexit, however, might still have options to derail Johnson’s plans.

Firstly, MPs could move to have a no-confidence vote in Johnson and his government. The key stumbling block, however, is they would need to have confidence in Corbyn forming a government they would want to support in other policy matters—a prospect that seems like fantasy at best.

Secondly, MPs could call for a general election. Yet, the same problem remains: As much as MPs may dislike Johnson’s latest political stunt, party usually comes before people, and the prospect of Corbyn being Prime Minister is anathema to the Tories and too many opposition MPs. Furthermore, even if a snap general election was called, there is no guarantee Johnson would be ousted or that Brexit could be reversed; in fact, it could cement Johnson’s position.

Unless EU leaders are prepared to budge on the Withdrawal Agreement and/or the U.K. government comes up with a credible alternative to the Irish backstop to open negotiations up (and neither prospect looks likely), the bets are on that the United Kingdom is on a collision course with the European Union, and that the country will crash out of the single market on Halloween.