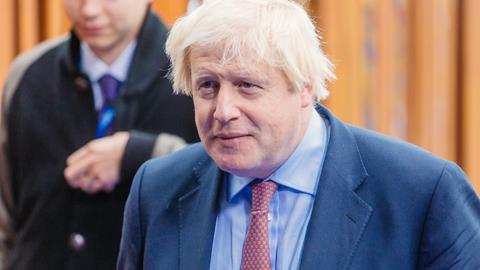 Boris Johnson will succeed Theresa May as Prime Minister after she steps down as Conservative Party leader Wednesday.

One of the main architects of the Conservatives’ Brexit campaign in the European Union referendum, Johnson will enter 10 Downing Street with exactly 100 days to deliver the Brexit he has promised.

However, the timing is not great for him. Parliament is in summer recess from July 20 until Sept. 5, and again from Sept. 14 until Oct. 9 for party conference season. During that time, MPs will have no chance to debate Brexit.

“We are going to get Brexit done on 31 October and take advantage of all the opportunities it will bring with a new spirit of can do,” Johnson said Tuesday, speaking at the Queen Elizabeth II Centre in London.

“We are once again going to believe in ourselves, and like some slumbering giant we are going to rise and ping off the guy ropes of self-doubt and negativity.”

Throughout his bid to become Tory leader, Johnson has repeatedly said the United Kingdom will leave the European Union by Oct. 31—with or without a deal. He has also said the EU Withdrawal Agreement in its current form is “dead.”

However, even days before Johnson’s victory was secured, senior party members have warned they will not support a “no-deal” Brexit and will rebel against any move to pursue it.

The European Union is still hopeful the same deal that led to May’s downfall will work with Johnson. The EU’s chief Brexit negotiator, Michel Barnier, tweeted: “We look forward to working constructively with PM Boris Johnson when he takes office to facilitate the ratification of the Withdrawal Agreement and achieve an orderly Brexit.”

We look forward to working constructively w/ PM @BorisJohnson when he takes office, to facilitate the ratification of the Withdrawal Agreement and achieve an orderly #Brexit. We are ready also to rework the agreed Declaration on a new partnership in line with #EUCO guidelines.

The European Commission’s new president, Ursula von der Leyen, said last week she is willing to extend the Brexit deadline for a third time “should more time be required for a good reason.”

Business wants more assurance that Johnson will try to leave with a deal.

In a statement, Carolyn Fairbairn, director-general of the Confederation of British Industry (CBI), the country’s leading business group, outlined three priorities that U.K. companies want in Johnson’s first 100 days of office: “a Brexit deal that unlocks confidence; clear signals the United Kingdom is open for business; and a truly pro-enterprise vision for our country.”

With regards to Brexit, Fairbairn said that “the new Prime Minister must not underestimate the benefits of a good deal,” adding that “it will unlock new investment and confidence in factories and boardrooms across the country. Business will back you across Europe to help get there.”

The Trades Union Congress (TUC), the U.K.’s main labor organization, was more forthright in what it thinks Johnson should—and shouldn’t—do.

“Let’s be clear that working people cannot take the hit of a catastrophic no-deal Brexit,” said Frances O’Grady, TUC general secretary. “Even to threaten it shows a reckless disregard for jobs, rights and livelihoods, and for peace in Northern Ireland. The impacts would be felt for generations to come.”

“No prime minister who truly cared about uniting and rebuilding Britain would take that step,” she added.