Robert Mazur, the famous undercover agent portrayed in the 2016 film “The Infiltrator,” will be the keynote speaker on Day 2 of Compliance Week’s upcoming event—“Financial Crimes: Risks, Trends, and Proven Practices”—to be held virtually March 30-31. 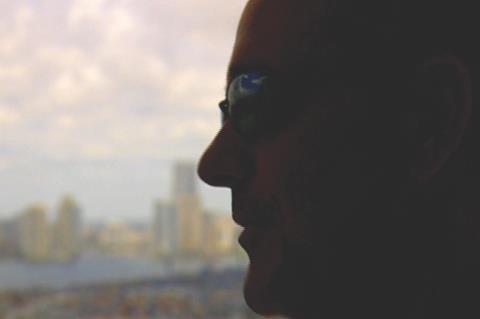 Former U.S. undercover agent Bob Mazur hides his appearance from the public to this day.

There’s no better way to know where to find money-laundering risk than to have been a part of it, from the inside. While working deep undercover in two separate covert operations, Mazur laundered more than $50 million for Colombian drug cartels, resulting in one of the largest money laundering prosecutions in U.S. history, the indictment of nearly 200 individuals, and the prosecution of what was the seventh largest privately held bank in the world.

In his first long-term covert role as Robert Musella, Mazur spent years infiltrating the operations of drug kingpin Pablo Escobar and his Medellin Cartel, earning Escobar’s trust while masquerading as a mob-connected businessman. Mazur’s first mission, Operation C-Chase, was supported by a staff of more than 250 law enforcement authorities working with counterparts in France and the United Kingdom to infiltrate the money-laundering operations used by infamous drug cartels. In his second covert mission that occurred only three years after Operation C-Chase, masquerading as Robert Baldasare, he infiltrated Colombia’s Cali Drug Cartel, as well as corrupt bankers and businessmen based in both Colombia and Panama.

Bryan Cranston on Robert Mazur from The Infiltrator on Vimeo.

Register for our ‘Financial Crimes’ event 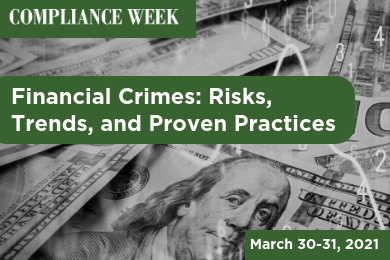 Mazur’s efforts in his first long-term undercover assignment were later chronicled in his New York Times best-selling autobiography, “The Infiltrator: My Secret Life Inside the Dirty Banks Behind Pablo Escobar’s Medellin Cartel,” which later became a movie, in which Mazur is portrayed by actor Bryan Cranston. His second journey into the underworld will be the subject of his next book, “The Betrayal,” which is scheduled for publication in Spring 2022. Compliance Week event attendees will be among the first to whom Mazur will reveal details about his second undercover journey.

At Compliance Week’s virtual event, Mazur, a court-certified expert in money laundering, will share true-to-life details about the types of transaction patterns, geographic areas, products, and businesses he and other highly sophisticated launderers used, and others continue to use. Through the eyes of notorious organized crime leaders, Mazur will also share lessons on how financial institutions can improve their ability to identify and mitigate money-laundering risk.

Also speaking at the virtual event will be former FBI Director James Comey, whose remarks will open the conference March 30.