Mary Gentile’s professional career began with her work at Harvard Business School, where she helped put together the school’s first MBA programs around values-driven leadership, ethics, and decision making.

When she left Harvard in 1995, she started consulting with companies and business schools around the same issues of values and leadership and became disillusioned with the general approach of ethical training. Whether it was training business students or academics, Gentile saw that the standard was to give students ethical scenarios and ask them to figure out what the right thing to do would be. And what she saw over and over again was that even if people came in to these training sessions with an idea of what the right thing to do was, the conversation usually led to the most skeptical or cynical positions being the ones that held sway. She felt ethical training had become counterproductive, and there had to be a different way to think about this. What began as an effort to make more productive ethics training would become Gentile’s path to becoming one of the compliance and ethics field’s most respected educators.

Once you saw a problem with the orthodoxy in ethics training, what was your next step? 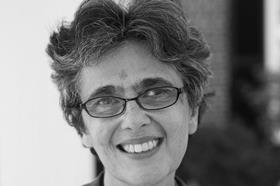 Quote: “Instead of presenting so-called ethical dilemmas, we should focus on situations where most of us would know what the right thing to do is but we just don’t think it’ll be successful, possible, feasible, or even well-received in the context where we’re working. So instead of asking people to determine what’s right, we ask, how would you get the right thing done?”

The breakthrough moment for me was when I was taking a self-defense class. Most self-defense classes teach you physical moves and then you practice them so that hopefully you’ll be prepared if anyone ever attacks you. But in this particular course, after you learned those moves, they bring in a guy in a padded suit and he would attack you and you would have the chance to respond full force because he was protected. If you rehearse something in the same physiological, emotional, and cognitive state that you’ll be in when you need to use it, even if you freeze, your body will remember. You’re creating a muscle memory, a default behavior. That led me to think maybe we could create a moral muscle memory.

Instead of presenting so-called ethical dilemmas, we should focus on situations where most of us would know what the right thing to do is but we just don’t think it’ll be successful, possible, feasible, or even well received in the context where we’re working. So instead of asking people to determine what’s right, we ask, “how would you get the right thing done?” I call this the Giving Voice to Values [(GVV)] thought experiment, because we know now that if you ask people what they would do, and they think it’s going to be impossible to do what they think is right, they will unconsciously rationalize why it’s not necessarily the wrong thing to do. People react emotionally and give reasons for it post-hoc. I wanted to disrupt that unconscious process before that pre-emptive rationalizing kicked in and just say, look, I’m not asking whether you would do this. I’m asking what if you wanted to do this, and then we get people to work together to script and action plan and rehearse so by the time they actually have to face the question, they feel like they have a real choice because they have some options.

Sometimes, we speak about speak-up culture. This is way beyond that. This is not about shaking your fist and stamping your foot and speaking truth to power. It’s about asking a question. Speak-up culture over-simplifies and makes it sound like a matter of moral courage. It’s more a matter of moral competence. This is really about leadership, because it’s about figuring out how to communicate messages that may be difficult and communicating them in a way that people will actually hear them.

Can you provide an example of what GVV looks like in action?

One of the scenarios we work with—and these are all based on real situations—is an individual who is working for a firm that manages the portfolios of high-net-worth investors. She’s fairly new in the firm and her boss is also fairly new in the firm. She comes into the office one day and he says, “I’m meeting with one of our clients this afternoon. His portfolio significantly underperformed the benchmark that we had set for it in this last period, so I want you to come up with an alternate benchmark that makes it looks like it’s performing better and create a deck of slides and a script for me to use for this meeting this afternoon. He’s an unsophisticated investor. He’s an elderly gentleman. These are his business profits, and he’s managing this portfolio for his children. And it happens that he’s a good friend of one of the senior partners of the firm.” She walks out and thinks, “This doesn’t feel right, but I don’t have a lot of time.” She wasn’t really sure what to do. Is this what they always do in this firm? She goes to a colleague and asks, “Am I crazy? Does this feel off to you?” The colleague says, “Yes, it feels off, but if you say no, he’s just going to ask one of us to do it. You’ll be ruining your relationship with him and you won’t really be helping the client.”  So, she’s not sure what to do.

In the traditional case, people will say she shouldn’t do this, it’s wrong, or some people would argue that’s right, but in the real world, that’s not possible. That would be the conversation. In the GVV conversation, what we would say is she’s already decided this is not what she wants to do, so people have to think about what might work. And we have them come back and share their scripts of things they would say. We have a set of questions we work them through where they anticipate objections—we call those the reasons and rationalizations—and they also generate responses to them. We ask them to think about what’s at risk for everyone involved. Not because they’re doing a stakeholder analysis. They’ve already decided what they think is right. But rather so they can come up with a script that will help mitigate the risks of the people they’re asking to behave in a different way.

When dealing with thorny ethical situations at work, how often does a presumed need to call somebody out for being unethical create its own set of problems?

There are degrees here. Having to rub someone’s face in the fact that they’re being evil is kind of a non-starter. If you wanted to simplify what GVV is about, it’s about transforming these ethical challenges into problem-solving exercises so that everybody is involved with solving the same problem. Sometimes, I give these talks and there’s someone who will raise his hand at the end and say, “I never have any problem voicing my values. I always speak up when something is unethical. Nobody ever listens, but I always speak up.” If your goal is to feel righteous, that’s fine. But if you really want to make change, then we need to frame these issues in a way that everybody is involved in solving the same problem together.

Do you feel that there are any kinds of ethical challenges facing today’s business environment that might be a little different from years past?

Certain issues probably always are going to be with us. I always talk about the audience as [being on] the bell curve. On the one tail end, folks characterize themselves as opportunists, people who are motivated by their own self-interest, and it’s not really about their values. And on the other tail end of the bell curve are folks who are idealists, motivated by acting on their values regardless of their self-interest. The majority of us fall under the bell. We define those folks as pragmatists who would like to act on their values as long as it doesn’t put them at a systematic disadvantage.

The opportunists will always be with us. I’m really trying to target the pragmatists and give them the skills, scripts, practice, and positive examples so they feel more able and empowered to act on their values more often. The premise is that if enough of the pragmatists and the idealists get more skillful, it changes the water the opportunists are swimming in. Therefore, the calculus they do to determine what’s opportunistic may change as well.

Do you feel that those who get into this field specifically to become ethics and compliance professionals bring with them a more results-driven ethical awareness?

It does seem that in general, we seem to have a generation of folks who feel motivated to make a positive impact and have a kind of social mission motivation. That’s great, and it’s something we can tap into. A lot of times people say you can’t do anything about [ethical challenges] until you’re the CEO or in a senior leadership position. I used to hear that all the time from business school students. We would point out if you wait, you are assuming you are going to get to be CEO, which is a pretty big assumption. And, you’re not going to be the same person if you behave different for all of those years before you get to that senior position. There has to be a way to act early on. There are different strategies to use when you’re in different positions, but you don’t have to abdicate everything.