Assembling a list of compliance winners for a single year isn’t easy. In fact, the process is flawed from the start, as the best compliance programs are often the ones that fly under the radar—free from regulatory scrutiny and media criticism.

During a roller-coaster year like 2020, though, celebrating publicly acknowledged standouts in the area of ethics and good governance is perhaps more important than ever. Against the constraints of a global pandemic and social and political tension throughout the United States, many companies (and regulators) had strong, defining moments that served the mission of compliance at a time when it was needed most.

Though this list by no means covers all the positives seen this year, here are five compliance triumphs that encouraged us in 2020: 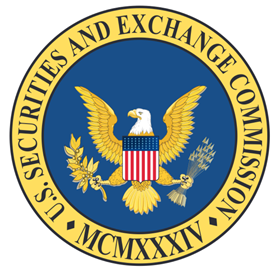 The purpose of the Securities and Exchange Commission’s whistleblower award program is to incentivize company employees to come forward and report fraud, and there’s no better way to do that than to flaunt the personal gain that’s possible for doing so.

The SEC achieved such at an unprecedented pace during fiscal year 2020 (through Sept. 30), announcing $175 million in payouts spread across 39 different whistleblower awards. The impressive total is a record for the program, and it is already poised to be broken after the SEC announced $166 million in awards distributed to 12 whistleblowers during the first two months of FY2021.

The uptick in payout frequency has been credited to the agency placing a priority on processing awards more quickly. The FY2021 awards, which include a record $114 million payout under one covered action alone, have all come in the wake of controversial changes to the whistleblower program—an encouraging sign that the SEC has shown no signs of slowing down despite fears of the opposite.

The South Korean-based technology giant had one of the most compliance-empowering moments of the year when its de facto leader, Jay Lee, held a candid press conference in May where he admitted the company “has not strictly complied with laws and ethics.”

The press conference was the first for Lee since 2015 and came at the urging of the company’s compliance oversight committee, which was established in January. The committee, led by former South Korea Supreme Court Justice Kim Ji-hyung, is independent and has been given the authority by the company to make recommendations directly to the board regarding the establishment of best-in-class compliance policies.

Lee, whose legal troubles extend beyond jail time recently served for his role in a bribery scandal, revealed he will be the last member of his family to run Samsung, in addition to reversing the company’s hardline stance against unions. These are progressive steps forward for Samsung, all coming under the guide of empowered compliance. 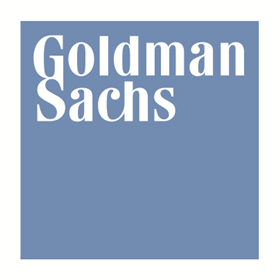 Prior to Goldman agreeing to pay nearly $7 billion in settlements related to 1MDB was a case that showed the bank’s compliance department has taken the steps to put its misconduct in Malaysia behind it for good.

The SEC in April announced charges against former Goldman Sachs London executive Asante Berko for violating the anti-bribery provisions of the Foreign Corrupt Practices Act (FCPA). Berko allegedly orchestrated a bribery scheme to help a client win a power-plant contract in the Republic of Ghana, but Goldman was not charged in the case because of the due diligence measures it took. Berko had tried to circumvent compliance policies at the firm in carrying out his scheme, but personnel in the department caught wind of the misconduct, launched an investigation, and ultimately thwarted the transaction.

The episode played out well after Goldman’s FCPA violations in Malaysia, which served as the catalyst to extensive compliance enhancements at the firm that remain ongoing. In the wake of the latest 1MDB settlement—$2.9 billion to the Department of Justice—the Goldman board of directors committed to large-scale clawbacks of compensation from former and current executives, another strong sign the firm is serious in its mission to rebuild its image and culture. 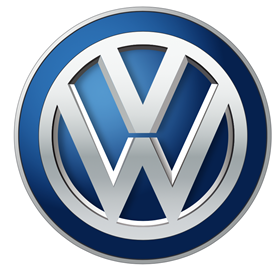 The German automaker deserves props after completing its three-year monitorship in September with a satisfactorily designed compliance program that will prevent and detect violations of anti-fraud and environmental laws.

Since the DOJ placed VW under monitorship in the wake of the Dieselgate emissions scandal, the company has been candid about what it did wrong, with board member in charge of integrity and legal affairs Hiltrud Werner telling an audience at Compliance Week’s 2018 national conference that “transparency is the only thing that creates trust.”

“When you look at things from a bird’s eye view, we cheated. Yes. We lied to regulators. Yes. We covered it up,” she said then. “We need to tell everyone that there is a red line that should never be stepped over. It is crucial for the company’s culture that everybody understands that.”

“We tell everyone in the organization that finishing the monitorship is not the end—it is a milestone,” Werner said in a recent interview with CW. “And we will do everything to keep the momentum we’ve built and to show what we have achieved and that there is even more we can achieve.”

It wouldn’t be a 2020 list without really acknowledging the coronavirus pandemic that has changed daily life on a global level. Part of our new normal is the use of facemasks, and one of the largest providers of N95 surgical masks in the United States is Minnesota-based 3M, which projects to have delivered two billion masks globally by the end of 2020.

This nod goes beyond 3M doing its part in providing PPE—it’s also an acknowledgement of the company’s effort to fight fraud, counterfeiting, and price gouging related to the all-important products it manufactures. The company, as of Dec. 1, has filed 24 lawsuits to do just that, resulting in 15 settlements in which the defendant immediately and permanently ceased misconduct. 3M is terminating its agreements with distributors that act unethically, and all the damages recovered by the company as a result of these efforts are being donated to COVID-19-related nonprofits.

There have been many ethical standouts during the pandemic—too many to get to in this list. We at Compliance Week thank all of them and the other companies above for providing a beacon of light to follow entering a hopefully less turbulent 2021.