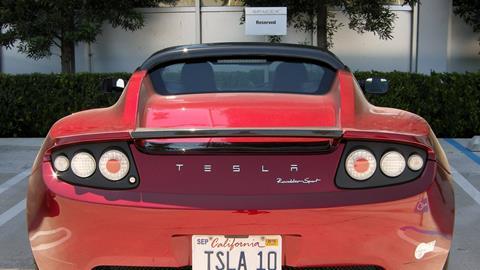 Hot and getting hotter in Tesla’s kitchen

It says a lot about Tesla’s CEO that a side venture, The Boring Co., produces a high-end flamethrower.

Flamethrower. The word better suits the easily combustible corporate leader far more than “boring” does. The description is even more apt and intriguing when you consider that CEO Elon Musk came unknowingly close to killing the way our public markets are run.

It was Musk who, in early August, announced rather whimsically on Twitter that he had a plan, and a fully funded one at that, to take Tesla private. Given time to steep in the hot water of a potential Securities and Exchange Commission violation, Musk’s promises disintegrated into assurances that the publicly traded nature of the company would remain so.

We have no clue, as yet, of what the SEC might do regarding the Tesla buyout that never was.

Cutting through the ink of the storyline, however, you may still be able to argue that Musk has succeeded in the most Herculean of Silicon Valley’s labors. He has created THE MOST DISRUPTIVE of all possible disruptive companies.

Admit it, Musk’s make-believe had us all wondering if it was all that easy. A few phone calls and … BOOM … the deal is done. No more pencils, no more books; no more SOX exams or CorpFin looks.

We say we, the investing public, want strong and diverse boards. Yet, we confuse strength with being war-minded. We really need directors who can reign in Musk and every other CEO high on their own … well … musk.

The big reason many entrepreneurs kick and scream about going public is that they fear the loss of control they hold atop the food chain. Why trade all that specialness in for compliance burdens, GAAP accounting, and whistleblower hotlines?

If you are a visionary with a company in San Francisco, you get blamed for everything. Real estate prices are your fault. If you feed your employees, nearby restaurants complain. Every time you get the sniffles, the business media lets out a wheezy and alarmed sigh that, if you listen closely, sounds like “Steve Jobssssss.”

Musk did almost everything wrong with his recent malfeasance. He questioned the unspoken rule about going public in the first place.

Congress and the SEC are rapidly removing barriers for emerging growth companies to go public. They, and many others, are in a panic because IPO filings are falling off the graph. This is bad, we are told. Horrible.

In truth, what they are afraid of is that Musk and his visionary pals realize that there are other, less restrictive ways to tap capital that don’t require hazardous and costly filing regimes and shareholder battles.

Visionaries sometimes prove to be prophets. Musk’s true prediction, and its ensuing gamble, may not be about how companies raise capital so much as a war for the survival of boards of directors.

Steve Jobs, it might be theorized, was so burned by his firing at the hands of directors, he wanted to make sure it would never happen again, dead or alive. In one of his final acts, about 10 years ago, he named his successor Tim Cook, a by-the-numbers engineer, for the stock market fusion-drive to come.

Musk may have not have had quite such a dramatic epiphany, so the challenge has been laid at the feet of Tesla’s board. So far, that board has been quiet, content to mumble around. That is a bad thing.

Musk, more than the Google kids ever did, needs adult leadership and a father figure to fret about logistics and manufacturing while Elon figures out the mechanics of a zero-gravity toaster. If they come out too strong, however, directors scare Richie Rich, his IP, and his apostles away.

We say we, the investing public, want strong and diverse boards. Yet, we confuse strength with being war-minded. We really need directors who can rein in Musk and every other CEO high on their own … well … musk. Successful boards in the future need to be more diplomats than Wharton brawlers.

Their job can no longer just be about protecting shareholder interests; they need to save the company from itself.