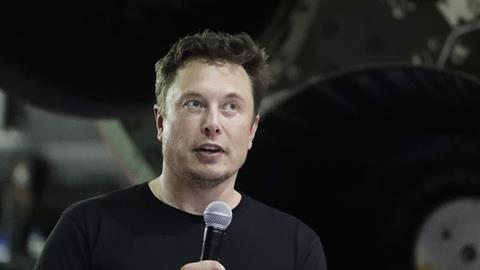 You can sometimes dodge a bullet, only to step on a landmine.

Despite earlier suggestions that he wouldn’t, Tesla founder and CEO Elon Musk changed course and agreed to a fairly straightforward settlement with the Securities and Exchange Commission over what it alleged was “false and misleading” information delivered to investors via Twitter.

The settlement, ultimately, was far less onerous than the initial threats in an enforcement action made public last week. The deal includes a diminished role for Musk (three-year ban as chairman of the Tesla board), safeguards to keep his public-facing commentary in check, and a more independent oversight role for the board of directors. It also calls for a $20 million fine for both Musk and Tesla.

All good? Far from it.

Still unclear is whether the Department of Justice will still step in with criminal charges. The settlement will also add fuel to class-action lawsuits working through the courts.

There is also the risk that the mercurial Musk will manage to commit some future infraction that brings the SEC’s enforcement hammer down even harder.

“Musk had not even discussed, much less confirmed, key deal terms, including price, with any potential funding source,” the Commission wrote in a civil complaint. It accused Musk of securities fraud.

Although company-specific, the settlements offer quality advice that both compliance officers and directors should heed.

Lesson No. 1: Boards must get their acts together

In the settlement, the SEC stated its goal of “comprehensive corporate governance and other reforms at Tesla.” This includes Musk’s removal as chairman of the board. He will be replaced by an independent chairman for at least three years.

Therein lies what may be the biggest takeaway for compliance officers and directors.

Notwithstanding the adjective “independent” slapped on some directors, the entire board needs to act more like a boss than an enabler, especially when it comes to oversight of the increasingly cocky new breed of CEOs who rose to their position by nature of their visionary skills, not necessarily business acumen.

The board of directors must be steadfast—a Maginot Line against the whims, tantrums, and loose-lipped pontifications of the creative geniuses in the corner office.

There are numerous ways that Tesla’s lack of “adult supervision” for its brash wunderkind amplified its woes. The board frequently chose to play nice with Musk, rather than monitor, scold, or intervene.

After the infamous August tweet, they all but patted him on the head and sent him on his way with encouragement and ice cream.

A special committee of the board was formed to evaluate the infamous “proposal.” It reported, “Elon believes the better path is to no longer pursue a transaction for taking Tesla private.”

“We fully support Elon as he continues to lead the company moving forward,” the statement concluded. How’s that for scrutiny and shareholder advocacy?

Lesson No. 2: Beware of social media

Mary Hansen, a partner at law firm Drinker Biddle, warns that social media usage by executives can be fraught with peril.

“It really is fairly simple. You can’t have CEOs out there making false statements, regardless of what form they take—written, oral, Twitter, Facebook, or whatever,” she says. “Not that compliance officers’ jobs aren’t hard enough already, but when you have someone like that you need to step up your compliance efforts and explain that they are going to get in trouble.

“There are real consequences and real-time consequences. If I am a compliance officer, I’m using this case to say, ‘Look, this is serious.’ This is not something you can ignore or say, ‘It is not a big deal, it is just Twitter.’”

The settlements focus on this very risk with demands that the company implement suitable controls.

The SEC, specifically, had charged Tesla with failing to have “required disclosure controls and procedures relating to Musk’s tweets.”

The company had no disclosure controls or procedures in place to determine whether Musk’s tweets contained information required to be disclosed in Tesla’s SEC filings. Nor did it have sufficient processes in place to ensure that Musk’s tweets were accurate or complete.

Musk did not routinely consult with anyone at Tesla before publishing company-related information via his Twitter account, the SEC alleges. Until after the Aug. 7 tweets, Tesla had no corporate policies that specifically addressed his use of Twitter.

By agreeing to the settlement, Tesla (as all companies should) will need to show greater scrutiny of all public-facing communications, including, but not limited to, posts on social media, the company’s website, press releases, and investor calls. The settlement demands “pre-approval of any such written communications that contain, or reasonably could contain, information material to the company or its shareholders.”

Tesla must also, as your math teacher used to say, show its work. The SEC wants written certifications that, in a narrative form with specific examples and appendixes, demonstrates compliance with its wishes. An outside securities lawyer will be required to vet outgoing material information.

Lesson No. 3: They are watching

The speed of the initial enforcement filing (barely two months from infraction to action), quick settlement, and almost unheard-of weekend issuance of a press release to announce the deal, illustrates the zeal with which the SEC is monitoring the situation, the bull’s-eye now painted on Musk’s back, and what it sees as the gravity of both market fraud and social media malfeasance.

The stakes are even higher when an errant communication makes the SEC’s efforts to police fraud so easy. Compliance officers need to remind anyone in earshot that their company, especially if it has controversial leadership, is always under the microscope.