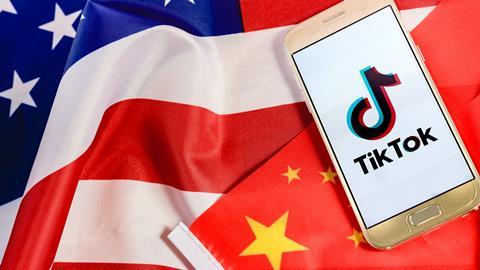 Politics, economics, privacy—there are multiple layers to the U.S. government’s stance on TikTok. In the public discourse, though, the privacy layer in particular gets the most attention, especially since President Donald Trump signed an executive order earlier this month laying out a path to the sale of the North American operations of the Chinese-owned social media app before it is outright banned in 90 days (an increase from 45 originally).

“I can assure that any deal that gets approved will make sure that American data is protected and that this becomes a U.S.-based company,” Treasury Secretary Steven Mnuchin told CNBC on Tuesday. Is it reassuring that TikTok will be free from any potential Chinese influence imposed upon its current parent company ByteDance? Sure, and this shouldn’t be understated given the unique national security risks an authoritarian superpower like China poses to the United States. But isn’t it also a little bit ironic to hear Mnuchin say American data will be protected when TikTok becomes U.S.-owned?

If history has proven anything, it’s that U.S.-based companies have actually been the worst at handling our data. Unlike the concerns about TikTok, which are mostly based on the belief that China might force ByteDance to hand over Americans’ data, we know for fact that Facebook and other American tech firms have shown they can’t be trusted with properly handling user data.

So it strikes me as hypocritical to hear someone like Mnuchin vow the protection of American data when the U.S. government has done so little to show it cares in that area (also, why is Mnuchin the one being asked to speak to data privacy when there is a global recession going on?). The United States is still without a federal privacy law, and if the efforts of Congress are any indication, any such legislation is far from a priority.

To listen to the commissioners of the Federal Trade Commission, the United States’ de facto privacy regulator, is to understand how much of a problem this is. In testimony before the Senate Committee on Commerce, Science, and Transportation earlier this month, four the FTC’s five commissioners made it a point to stump for greater support from Congress in the area of data security.

“I believe we need more authority, which is why I urge you to continue your hard work to enact privacy and data security legislation that would be enforced by the FTC,” said Chairman Joseph Simons.

“Data security legislation is one of the best things we can do to advance the goal of privacy,” added Commissioner Noah Phillips.

“The need for comprehensive data privacy legislation with meaningful limitations on the collection and use of data and prohibitions on discriminatory practices, dark patterns, and data abuses has never been greater,” echoed Commissioner Rebecca Slaughter.

And while the coronavirus pandemic has understandably been a priority for Congress the past five months, “the need for federal privacy legislation is even more urgent now, given the spread of COVID-19,” FTC Commissioner Christine Wilson noted. “[Contact tracing and widespread health monitoring] have raised new and complex issues regarding consumer privacy and have laid bare both the lack of clear guidance for businesses and the absence of comprehensive privacy protections for consumers.”

Congress is in the midst of its August recess, and when it returns, it’ll continue to spin its tires on coronavirus relief legislation. Then will come the election in November, which will no doubt have Capitol Hill rolling one way or another, and before you know it we are on to 2021 and no closer to a federal privacy law that members of the Senate from both sides of the aisle stressed the immediate need for back in December.

So in the interim, Trump’s handling of TikTok may seem like a victory for privacy. It will, however, continue to be a hollow one so long as we don’t get our own house in order on the subject.