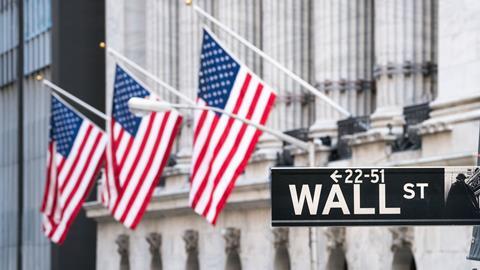 Even with divided Congress, Wall Street should brace for Biden presidency

President-elect Joe Biden’s ability to pass sweeping economic legislation during his first term could hang on two Senate races in Georgia. If Democrats win both races, the Senate would be in a 50-50 deadlock between Democrats and Republicans. Vice President-elect Kamala Harris would cast the deciding vote in case of a tie.

With Democratic majorities in the House and Senate, Biden would also be assured his first choices would be confirmed for key cabinet positions like Secretaries of Treasury and Labor, as well as leadership roles for regulatory agencies including the Securities and Exchange Commission (SEC) and the Consumer Financial Protection Bureau (CFPB).

SEC Chairman Jay Clayton confirmed Monday he will conclude his tenure at the end of the year, which will pave the way for Biden to appoint a new independent member of the Commission. Biden will also be able to fire CFPB Director Kathy Kraninger and appoint a replacement, thanks to a recent Supreme Court decision.

“I think you’ll see a ramping up of enforcement activity under Biden. They’ll go after bigger institutions and public companies.”

Without a majority in both branches of Congress, Biden may find some of his more controversial potential appointees—like Sen. Elizabeth Warren (D-Mass.) as Secretary of the Treasury, Sen. Bernie Sanders (I-Vt.) as Secretary of Labor, or reinstating former CFPB Director Richard Cordray to his post—would be vehemently opposed by a Senate led by a Republican majority. (Never mind the fact if Warren or Sanders leaves the Senate their temporary replacements would be chosen by Republican governors in each of their states).

It can be a frustrating process to push legislation through a split Congress. But analysts, attorneys, and others who deal with regulatory agencies on a frequent basis say Biden can still accomplish many aspects of his first-term agenda for regulatory policy under such circumstances.

“The real question is, ‘What can Biden do with the hand he’s dealt?’” asked David Slovick, partner at law firm Barnes & Thornburg and a former senior trial attorney with the Commodity Futures Trading Commission. A presidential administration has wide latitude in enforcing the rules and regulations that are already in place, he said.

“Administrations can retool their enforcement priorities. They have huge discretion to ramp up enforcement under existing laws,” Slovick said. The volume of enforcement activity at several federal regulators, particularly at the SEC and the Federal Trade Commission, has dropped considerably the under the Trump administration, he noted.

James Stevens, a partner at the firm Troutman Pepper, expects the “tone at the top” of many regulatory agencies “to become a little more intense from a day-to-day standpoint.”

“I think you’ll see a ramping up of enforcement activity under Biden. They’ll go after bigger institutions and public companies,” agreed Slovick. There will be a shift in emphasis in regulating the U.S. financial system, he said, “from a Main Street focus to a Wall Street focus.”

One area in particular in which Slovick thinks companies will be under federal scrutiny under a Biden administration is with their Paycheck Protection Program (PPP) loans.

“I think you’ll see a kick up of cases against the perceived wealthier recipients of those funds,” he said. “These entities will be fair game again.”

Biden will indicate just how intent he is on ramping up enforcement and regulatory rulemaking through his pick to lead the Treasury, said John Eley, CEO of GoldenSource, an enterprise data management vendor.

“I think the leftist component of the Democratic party, led by Bernie (Sanders) and Liz (Warren), will rightfully expect rewards for their impact on the election,” Eley said. If Biden picks Warren for Treasury, it will indicate he intends to take Wall Street head-on, he said.

Should Biden choose more conservative, “safer” picks like Lael Brainard, currently a member of the board of governors of the Federal Reserve System, or former Fed Reserve Governor Roger Ferguson, it will signal a more restrained stance on Wall Street, Eley said.

What Biden can do, no matter what happens with the Senate, is end executive orders made by President Donald Trump and issue his own orders.

One Trump executive order Biden is likely to strike down right away is a September 2020 decree ordering the removal of “offensive and anti-American race and sex stereotyping and scapegoating” from diversity training, said Michael Lotito, partner with the employment law firm Littler Mendelson.

Although the order only applies to federal entities, private employers sometimes take their cues from such orders, Lotito said. This one only created confusion in the training space, rather than clarity, he said.

Biden has promised to be “the strongest labor president you’ve ever had,” but if he’s blocked by a Republican Senate, he will be limited in moving forward his agenda for organized labor, Lotito said.

“He can do these very quickly and send a strong signal to constituencies like organized labor,” he said.

But executive orders have their limitations, in that they are not laws that apply to everyone. Many of them are more symbolic than substantive, Lotito said.