What would a Democratic regulatory agenda look like under Biden?

Joe Biden is no lock to win the presidency on Nov. 3. But it’s worth examining what compliance-related regulatory policies he’d support if he wins.

Through campaign documents and public statements, it’s clear that a government under former vice president Joe Biden may come out of the gates and target the Securities and Exchange Commission’s Regulation Best Interest rule (Reg BI), as well as a related fiduciary rule for retirement plans from the Department of Labor (DOL). If Biden wins, and the Democrats hold the House and take the Senate, the Congressional Review Act (CRA) could be used to nullify Trump administration regulations that were passed after June 1. (The Trump administration used the CRA to nullify 16 Obama regulations when it controlled Congress in 2017). 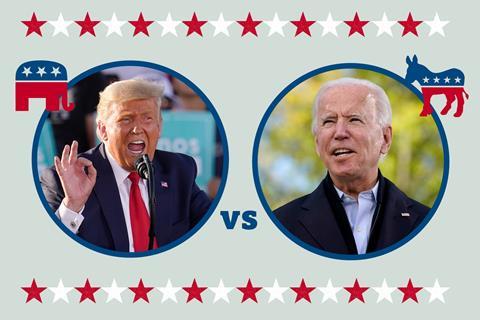 Under President Trump, there has been a concerted effort to roll back, soften, and simplify numerous regulations and rules implemented during the eight-year administration of former President Barack Obama.

“The Trump administration believes in lower or non-existent checks and balances on the executive branch of government,” said Keith Darcy, a compliance consultant. While Trump is a populist whose regulatory policies have tended to favor business, Biden is an institutionalist and a centrist who favors a balanced agenda for economic growth with appropriate bumper guards on business activities, Darcy said.

“There’s such a vast difference in what my job looks like based on who’s president,” said Andrea McGrew, chief legal and compliance officer with USA Financial, an independent financial services firm based in Michigan. Trump’s deregulation policies have made compliance with certain rules easier to implement, she said. Under Obama, financial regulations in particular were more complex, she said, “and compliance became incredibly complicated and really expensive.”

The overall regulatory philosophy under Trump has been to move away from rules-based enforcement of regulations toward a principles-based approach. This approach has led to the rolling back and loosening of certain regulations while taking a more relaxed approach that pays credence to the cost of regulations and its impact on business.

While Trump’s regulatory policies have been driven by how they affect business and the economy, Democrats will take a different approach, said Scott Pearson, partner with Manatt, Phelps & Phillips.

Biden appointees to regulatory bodies “will probably believe in regulation by enforcement, stronger consumer protection laws, and spend less time worrying about how their approach affects compliance efforts and the availability of credit,” he said.

Passed in 2019 by the SEC by a 3-1 vote and enacted in June, Reg BI is intended to enhance the quality and transparency of retail investors’ relationships with investment advisers and broker-dealers. The rule requires brokers to act in the best interest of their retail customers and makes it clear that brokers may not put their financial interests ahead of the interests of a retail customer when making recommendations.

In 2019, seven states and the District of Columbia unsuccessfully sued in federal court to roll back Reg BI, which they called a “watered-down rule” that ”puts brokers first,” according to New York Attorney General Letitia James.

Democrats say Reg BI doesn’t go far enough to protect investors and have made reworking the regulation part of the party’s platform.

“Democrats believe that when workers are saving for retirement, the financial advisors they consult should be legally obligated to put their client’s best interests first. We will take immediate action to reverse the Trump Administration’s regulations allowing financial advisors to prioritize their self-interest over their clients’ financial wellbeing,” according to a draft version of the 2020 Democratic Policy Platform, released in July.

McGrew says the fiduciary rule passed by the Obama administration was “unworkable,” and it “felt like herding cats trying to comply with it.” She’d prefer to see Reg BI stand as is.

“It’s very hard to set up a compliance system when you don’t know what the rules are going to look like,” she said. “Whatever rule we land on, I hope it stays understandable and doesn’t create different expectations across various products.”

In a related action, the DOL announced in July it had proposed an exemption to its fiduciary rules for brokers who offer financial advice to certain types of retirement plans. The DOL’s fiduciary rules had been overturned by a federal court in 2018. The DOL also said it sought to incorporate that court ruling into the rules.

“Taken together, these proposals will move the nation backwards by reaffirming a broken status quo that allows financial advisors to evade their fiduciary responsibilities and denies retirement savers meaningful remedies when they have been harmed,” the letter said.

Biden has been circumspect about sharing his opinion on financial regulators like the SEC, writing in a policy document on his campaign Website that he will “strengthen and enforce the Obama-Biden Administration’s Dodd-Frank financial reform law to protect American workers from the impacts of future financial crises.”

Six months into his first term, Biden would have the chance to move the SEC to the left, when the term of Chairman Jay Clayton expires in June 2021. Nominally listed as an independent commissioner, Clayton is a favorite of the Trump administration, which nominated him to become the next U.S. Attorney for the Southern District of New York. While Clayton’s nomination has floundered in the Senate, he has spent the last three years implementing business-friendly rules that simplify SEC regulations.

“The Trump administration approached financial regulations with a reset orientation,” said Chester Spatt, former chief economist with the SEC from 2004-07 and now a professor of finance at Carnegie Mellon University in Pittsburgh. “There was much more attention paid to cost and which parts of the market needed a new orientation.”

Many of these initiatives passed by 3-2 votes, with Clayton and the two Republican members of the Commission voting in favor and the two Democratic members voting no.

As mentioned above, the Congressional Review Act could be used by Democrats to nullify any rules or regulations that passed after June 1. That lookback date may move a bit, depending on exactly when the House adjourns for the calendar year, according to an Aug. 28 story in the National Law Review.

Until Trump took office, the CRA had been used only once, during the Clinton administration. The Republican-led Congress invoked it 16 times under Trump, including to nullify an SEC rule requiring oil, natural gas, and minerals companies to disclose information about payments made to the U.S. government or foreign governments.

Among the SEC rules that could be nullified using the CRA are amendments to Regulation S-K that loosened requirements public companies must follow when they describe risk factors and legal proceedings in their financial statements; controversial changes to the SEC’s whistleblower program; a rule change that made it more difficult for shareholders to bring up items for a vote at shareholder meetings; and a loosening of conflict-of-interest rules for independent auditors.

Congress could also use the CRA to nullify an amendment to the Volcker Rule that allows banks to invest or sponsor hedge funds and private equity funds, in certain circumstances.

Nowhere is the Democratic agenda more clear than its plans for the Consumer Financial Protection Bureau (CFPB). While Democrats want to strengthen the CFPB, under Trump the agency has been under siege, due largely to a lawsuit that questions its right to exist.

In June, the Supreme Court ruled the CFPB could remain standing but said the director could be removed by the president “at will.” Kathy Kraninger, the current CFPB head, was confirmed to a five-year term in December 2018.

In a policy document on his website, Biden promises to “reinvigorate the Consumer Financial Protection Bureau to ensure that banks and lenders cannot prey on consumers.”

In addition, Democrats want to create “a public credit reporting agency to provide a non-discriminatory credit reporting alternative to the private agencies, and will require its use by all federal lending programs, including home lending and student loans.”

Pearson, who advises clients in banking and financial services, said it’s clear to him that “Biden would return the CFPB to its Obama-era mentality.” Under a Biden presidency, the CFPB would be used to further the Democratic agenda on issues like fair lending, racial justice, and high-cost consumer loans, he said.

Democrats have also pledged to be more aggressive in pursuing criminal charges against company executives.

“And when justified by the law, we will back criminal penalties for reckless executives who illegally gamble with the savings and economic security of their clients and American communities,” the Biden campaign document said.

Even if Biden appears to be more of a centrist on some of these financial issues, he is going to be pulled to more progressive positions by Harris and other members of the Democrats’ liberal wing.