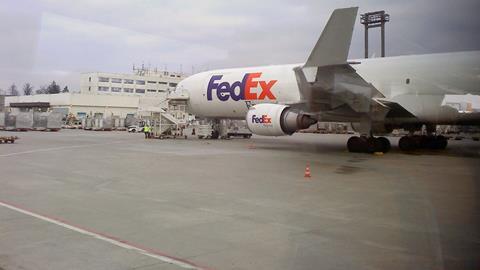 Shipping giant FedEx is suing the federal government in an effort to reverse what it says are unreasonable—if not impossible to adhere to—compliance burdens imposed by the Department of Commerce.

The lawsuit comes on the heels of the Commerce Department’s May addition of controversial Chinese telecom giant Huawei to a list of targeted entities and restricted exports. FedEx and Huawei have subsequently battled over what the latter claims are illegally undelivered shipments.

The Memphis-based company is suing the Commerce Department, Secretary of Commerce Wilbur Ross, and the agency’s Bureau of Industry and Security (BIS) in U.S. District Court in the District of Columbia for “injunctive relief to secure its constitutional due process and other rights which are imminently threatened.”

The lawsuit claims it’s “virtually impossible” for package delivery companies like FedEx to police the content of each and every package it handles.

As a common carrier, FedEx is subject to a variety of statutory and regulatory regimes, among them the Export Control Reform Act of 2018 (ECRA) and its implementing regulations, the Export Administration Regulations (EAR).

The EAR, enforced by the BIS, sets out the U.S. Government’s principal export control regime, restricting the international transfer of certain commodities, technology, information, and software for reasons of national security and foreign policy.

To meet these requirements, FedEx, in the lawsuit, says it “has developed a sophisticated proprietary risk-based compliance system to perform such screening and takes seriously its responsibility to comply with the law.”

“However, the Export Controls—specifically, the EAR—require considerably more screening than possible from common carriers like FedEx,” the lawsuit claims.

The determination of whether the tendered package contains an “item subject to the EAR” and whether a license is required “are virtually impossible for common carriers to comply with” the company adds.

Typically, the law offers protection for common carriers, excepting them from liability for the contents of packages and communications they transmit, such as internet service providers and telecommunications companies. The EAR, however, defines common carriers such as FedEx as “forwarding agents” and offers no safe harbor provisions. To the contrary, it holds common carriers liable “as aiders and abettors” of EAR violations committed by their customers, with steep penalties.

“Thus, the EAR essentially deputize FedEx to police the contents of the millions of packages it ships daily even though doing so is a virtually impossible task, logistically, economically and, in many cases, legally. Indeed, the majority of transactions begin with the customer providing FedEx with a previously sealed package,” the lawsuit says.

To put the business hazard and complexity of such screening in perspective and scope, FedEx provided a glimpse into its extensive operations. The company receives approximately 15 million packages for shipment daily. To support its operations, it has developed a complex logistics system consisting of over 450,000 team members, 679 aircraft, 650 airports, 39 ground hubs, 600 ground facilities, and 180,000 motorized vehicles spanning more than 220 countries and territories.

Without a safe harbor, the EAR provides FedEx “just two options,” the company says: continue to operate under threat of imminent enforcement actions or cease operations that may conceivably lead to enforcement and face possible legal consequences from customers and foreign governments.

“The Due Process Clause of the Fifth Amendment to the U.S. Constitution was enacted to prevent such oppression and deprivations of liberty,” it argued.

The ECRA requires strict compliance with the EAR, and the BIS may impose civil penalties for each individual violation.

Specifically, the ECRA imposes criminal penalties of up to $1 million and civil penalties of $300,000 or twice the value of the transaction per individual violation.

The lawsuit outlines additional burdens faced by FedEx by the export control regime.

“The EAR effectively forces FedEx to police the content of its packages in a manner it is not able to do,” it wrote. “Even if FedEx were to inspect the contents of every package for reexport that it delivers, the company would not have enough information to make highly technical determinations to assess whether an item outside the U.S. is an ‘item subject to the EAR.’ ”

FedEx also argues that the BIS Entity List imposes “an overbroad, disproportionate burden.” As for government guidance, the shipping company says it is lacking.

“The only way for FedEx to even attempt to avoid inadvertently violating [prohibitions] would be to inspect the contents of every package tendered for shipment. Alternatively, FedEx would have to cease shipping to listed entities in any of the more than 200 foreign jurisdictions on the Commerce Country Chart, which would make it unable to operate as a common carrier,” the company says.

FedEx is currently operating under a settlement agreement with the BIS, entered into in April 2018.

The BIS alleged FedEx committed 53 violations of the EAR. Specifically, that it “caused, aided or abetted acts prohibited by the EAR” when it transported “items subject to the [rules] valued in total at approximately $58,091, from the U.S. to France, or Pakistan, without the required BIS licenses.”

The agreement required FedEx to pay a civil penalty of $500,000, plus interest. It was also required to “complete external audits of its export controls compliance program” covering fiscal years 2017-2020.

FedEx must report to the BIS where these audits “identify actual or potential violations of the regulations.”

The settlement agreement further provides that “if FedEx should fail to … complete any of the audits and submit the results in a full and timely manner, [the BIS] may issue an order denying all of FedEx’s export privileges under the [EAR] for a period of one year.”