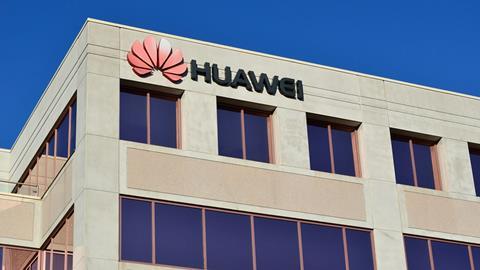 U.S. could ban all Huawei products

The Bureau of Industry and Security, the national security arm of the U.S. Department of Commerce, has announced it will be adding Huawei and its affiliates to the Bureau’s “Entity List.”

The action stems from “information available to the Department that provides a reasonable basis to conclude that Huawei is engaged in activities that are contrary to U.S. national security or foreign policy interest.” This information includes alleged violations of the International Emergency Economic Powers Act, conspiracy to violate IEEPA by providing prohibited financial services to Iran, and obstruction of justice in connection with the investigation of those alleged violations of U.S. sanctions.

The move is likely a prelude to a full domestic ban on products from the Chinese telecom giant. The sale or transfer of American technology to a company or person on the Entity List requires a license issued by BIS, and a license “may be denied if the sale or transfer would harm U.S. national security or foreign policy interests.”

“This action by the Commerce Department’s Bureau of Industry and Security, with the support of the President of the United States, places Huawei, a Chinese owned company that is the largest telecommunications equipment producer in the world, on the Entity List. This will prevent American technology from being used by foreign owned entities in ways that potentially undermine U.S. national security or foreign policy interests,” Secretary of Commerce Wilbur Ross said in a statement.

Our team at @CommerceGov is committed to ensuring that information and communication technology and services in the United States provide a safe and secure foundation for innovation and economic prosperity. #ICTSupplyChain

Since the beginning of the Trump administration, the Department has added 190 persons or organizations to the Entity List and instituted five investigations on the effect of imports on national security under Section 232 of the Trade Expansion Act of 1962.

Additions to the Entity List are decided by the End-User Review Committee, which is comprised of officials from the Department of Commerce, Department of Defense, State Department, and Department of Energy. Under the Export Administration Regulations, persons or organizations for whom there is reasonable cause to believe that they are involved, were involved, or pose a significant risk of becoming involved in activities that are contrary to the national security or foreign policy interests of the U.S., and those acting on behalf of such persons, may be added to the Entity List.

The EO prohibits transactions that involve information and communications technology or services designed, developed, manufactured, or supplied, by persons owned by, controlled by, or subject to the jurisdiction or direction of a foreign adversary whenever the Secretary of Commerce determines that a transaction would pose a threat to national security, as articulated in the Executive Order.

The Secretary’s determination would be based on consultations with the Attorney General; the Secretaries of Treasury, State, Defense, and Homeland Security; the United States Trade Representative; the Director of National Intelligence; the Administrator of General Services; the Chairman of the Federal Communications Commission; and the heads of other appropriate agencies.

In carrying out this mission, the Department of Commerce will issue regulations within 150 days to establish procedures for reviewing such transactions.

Within one year of the Executive Order, the Secretary of Commerce must report to the President whether the actions taken are sufficient and continue as necessary to mitigate the identified risks.