5
A global look at corruption challenges 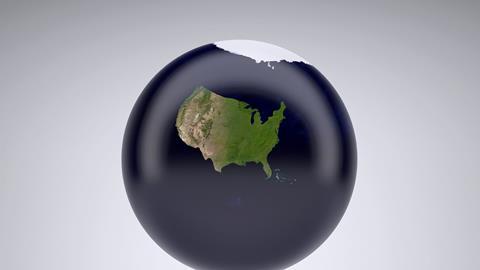 A global look at corruption challenges

Chief compliance officers and chief risk officers have a newly published resource against which to assess corruption challenges and geopolitical risk in the countries where they operate to better inform what level of due diligence to perform on their third parties in certain regions of the world.

The Risk Advisory Group, a global consultancy firm, in their 2018 Corruption Challenges Index assessed 187 countries, assigning each an overall “corruption challenge” score weighted against three factors: corruption threat, regime instability, and accessibility of information. As the findings of the report show, some countries, although they pose a high risk for corruption, also have a high degree of transparency. “Therefore, actually carrying out due diligence on counter-parties in those countries can be less daunting than it might initially appear,” says Tom Russell, director of business intelligence at the Risk Advisory Group.

In other parts of the world, however, a lack of transparency—specifically, the accessibility and availability of information—is “broadly commensurate with corruption risk,” Russell says, “and that, in our view, is a result of a lack of strong institutions, rule of law, and a higher level of overall political risk.” Among the 187 countries assessed, Turkmenistan, North Korea, and Laos scored worst in the ability to source reliable data.

By continent, Africa poses the highest corruption challenge for companies, whereas Europe dominates the list of least challenging. By sector, the three industries most exposed to corruption on a global scale overall are construction and development, infrastructure, and oil and gas.

Africa. As a continent, Africa continues to pose a high corruption threat to companies. In fact, nine of the top most challenging 20 countries in the index are African. Even within the continent, however, “there are certain countries where the availability and accessibility of information isn’t that bad,” Russell says.

Nigeria, for example—while in a notoriously corrupt region of the world—extends a high degree of transparency. According to the Risk Advisory Group, transparency in the region stands upon three main pillars: freedom of the press; the openness and willingness of Nigerians to speak in confidence regarding casework; and the availability and reliability of public information.

A lack of transparency—specifically, the accessibility and availability of information—is “broadly commensurate with corruption risk, and that, in our view, is a result of a lack of strong institutions, rule of law, and a higher level of overall political risk.”

Nigeria’s Corporate Affairs Commission (CAC) is “probably the most accessible and easily searchable on the continent,” said John Siko, Risk Advisory Group’s head of business intelligence for Africa. “Even beyond Africa, the CAC is a model for transparency and simplicity.”

In Africa, the top three sectors exposed to the highest level of corruption, according to the index, are infrastructure; construction and development; and transportation. “We cannot argue that Nigeria is unchallenging from a corruption standpoint,” Siko added. “It is a market in which companies should prioritize due diligence of counterparties.” But through diligent casework and thorough research, companies can make informed decisions about potential business partners and investments in the country, he said.

Americas and Mexico. In many Central and South American countries, political instability and pervasive corruption often correlate with the availability—or lack thereof—of information, making it difficult for compliance and risk teams to conduct due diligence or investigations. “Exposing narco crimes, corruption, and money laundering—especially if they involve politicians and government officials—can lead to threats and physical violence,” Steffi Probst, Risk Advisory Group’s head of business intelligence for the Americas, said in the report.

Mexico, especially, continues to be one of the deadliest countries for journalists who attempt to uncover organized crime or political corruption. According to data compiled by Reporters Without Borders, 77 journalists have been killed in Mexico since 2004.

But from a corporate due diligence standpoint, some countries—Brazil, Chile, Mexico, and Argentina—have made “notable progress in improving access to information … through continuous efforts to digitize public records,” Probst said. “The quantity and quality of information about public procurement processes and government contracts in many countries in the region has also improved.”

Asia. “While Singapore, Hong Kong, and Japan stand out for their transparency, most other countries in the region lag far behind comparably sized economies in Western Europe and North America.” According to the index, countries where it is particularly challenging to conduct anti-corruption due diligence include China, Bangladesh, and Indonesia.

In India, work performed by the Risk Advisory Group in the past year in the real estate sector, especially, “shows an industry beset with demands for bribes for all manner of licenses to obtain rights to develop land,” said Brendan McGloin, Risk Advisory Group’s head of business intelligence for Asia. “In Bangladesh, one of the most challenging countries to conduct due diligence in the region, much of our work on the country’s leading companies all too often shows unethical ties to the ruling Awami League government.”

Russia, Europe, Eurasia. For the most part, European countries scored well in the Corruption Challenges index, but in some European countries information is not as easily available as in others. This is particularly true of economies built around private wealth management—such as Liechtenstein, Andorra, Malta, and Cyprus.

In Russia, Eastern Europe, and Eurasia, “the governments pursue few if any anti-corruption policies, independent media is suppressed, and basic corporate information is not available,” the Index states. Azerbaijan, for example, treats company ownership information as confidential.

Among all countries ranked in the index, companies face the biggest corruption challenges in Turkmenistan, in part because the government does not disclose all its members, according to the Risk Advisory Group. “Also, Turkmenistan’s oil and gas commodities give rise to concern over the illicit enrichment of its political elite,” the Index states.

The Russian government also poses due diligence challenges for companies, since it “has recently classified information about certain government contracts, including those relating to the military sector or supplies to Crimea, while land registry data about properties of top government officials and their families have also been designated as confidential—all in a direct effort to safeguard companies from foreign sanctions.” Strictly speaking from a transparency perspective, however, the quality of corporate information disclosure in both Russia and Ukraine is high.

Middle East and North Africa. In some countries—like Iran and Egypt—steps have been taken to address corruption issues in a more public manner, whereby charges leveled against private businesses, state-owned enterprises, prominent merchant families, and politically well-connected executives have been publicized. “Indirectly, these probes have shed light on the lack of regulation and transparency in major deals, including large infrastructure and real estate projects that are supported by public funds,” the Index states.

“Navigating the complex web of state enterprises, merchant families, and parastatal entities in the Middle East is challenging,” Shahin Shamsabadi, Risk Advisory Group’s head of business intelligence for the Middle East & North Africa, said in the report. “Personal connections and political leverage are key to success, yet present corruption and regulatory risks to global partners.”

Prudent compliance and risk leaders should use the 2018 Corruption Challenges Index to assess a specific country’s corruption challenges risk to better inform their due diligence efforts on their third parties in certain regions of the world. But it’s important to keep in mind that indices like this are still just one piece of analysis. Compliance teams, in collaboration with other business units, should always conduct their own thorough risk assessments—and leverage insight from regional experts—in the countries where they operate.