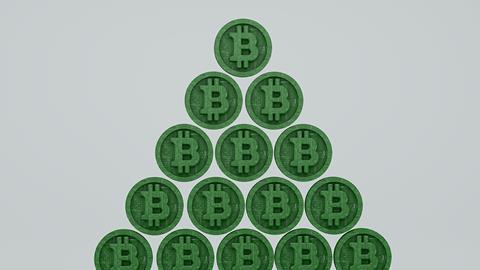 Anatomy of a cryptocurrency pyramid scheme

Much has been discussed about the business risks posed by cryptocurrency. Now, risk and compliance professionals have a real-life cryptocurrency pyramid scheme with which to cite.

Konstantin Ignatov was arrested March 6 at Los Angeles International Airport on a wire fraud conspiracy charge stemming from his role as the ringleader of an international pyramid scheme that involved the marketing of a fraudulent cryptocurrency called “OneCoin.”  Additionally, the Department of Justice on March 7 unsealed an indictment charging Ignatov’s sister, Ruja Ignatov—co-founder and original leader of OneCoin—with wire fraud, securities fraud, and money laundering offenses.

Due to the misrepresentations that Konstantin Ignatov, Ruja Ignatov, and others made about OneCoin, victims invested billions of dollars worldwide in the fraudulent cryptocurrency.  Konstantin Ignatov appeared in Magistrate Court in the Central District of California and was detained on the charge contained in the complaint.

“As alleged in the indictment, these defendants executed an old-school pyramid scheme on a new-school platform, compromising the integrity of New York’s financial system and defrauding investors out of billions,” said New York County District Attorney Cyrus Vance. “Our Office urges all crypto-investors to scrutinize investment opportunities, recognize the prevalence of fraud in this underregulated space, and proceed with caution.”

According to public documents, OneCoin was co-founded in 2014 and is based in Sofia, Bulgaria. Ruja Ignatov led OneCoin until her disappearance from public view in October 2017 (she remains at large). Starting in late 2017, Konstantin Ignatov assumed high-level positions at OneCoin, rising to the top leadership position by mid-2018.

OneCoin operates as a multilevel marketing network through which members receive commissions for recruiting others to purchase cryptocurrency packages. This multilevel marketing structure appears to have influenced rapid growth of the OneCoin member network. OneCoin claims to have more than three million members worldwide, including New York residents.

Due to misrepresentations made by OneCoin representatives, victims throughout the world wired investment funds to OneCoin-controlled bank accounts to purchase OneCoin packages.  Records obtained from the investigation show that, between the fourth quarter of 2014 and the third quarter of 2016 alone, OneCoin generated €3.353 billion (U.S. $3.757 billion) in sales revenue and earned “profits” of €2.232 billion (U.S. $2.5 billion), according to the Department of Justice.

Among other representations, OneCoin claimed that the OneCoin cryptocurrency is “mined” using mining servers maintained and operated by the company, and that the value of OneCoin is based on market supply and demand.  The purported value of a OneCoin has steadily grown from €0.50 (U.S. $.56) to approximately €29.95  (U.S. $33.6) per coin, as of January 2019.

This is a lie. “In fact, the value of OneCoin is determined internally and not based on market supply and demand, and OneCoins are not mined using computer resources,” the Department of Justice stated. Moreover, the investigation revealed that the Ignatovas conceived of and built the OneCoin business fully intending to use it to defraud investors.

Additionally, OneCoin claimed to have a private “blockchain,” or a digital ledger identifying OneCoins and recording historical transactions. The investigation revealed OneCoin lacks a true blockchain—that is, a public and verifiable blockchain. Moreover, by March 2015, the Ignatovas started allocating to OneCoin members coins that did not even exist in OneCoin’s purported private blockchain, referring to those coins as “fake coins.”

As the founder and leader of OneCoin, Ruja Ignatov targeted U.S. investors by participating in an online webinar, for example, in which she announced the official opening of the United States market for OneCoin. Since taking over leadership of OneCoin following her disappearance from publicly running the company, Konstantin Ignatov has himself made false representations to OneCoin members to solicit trader package purchases and investments into the company.

For example, Konstantin Ignatov has repeatedly represented that an “initial public offering” of OneCoin would occur on various dates in 2018 and 2019 in an effort to generate excitement and solicit additional investments from member victims. “However, the purported offering was repeatedly postponed, and no such offering has taken place,” the Department of Justice stated.

Moreover, Konstantin Ignatov has been personally involved in manually setting and increasing the purported Euro value of OneCoin, contradicting claims that the value is set by supply and demand. Finally, the investigation has revealed that Konstantin Ignatov is aware that OneCoin-derived funds have been routed through a series of purported “investment fund” accounts used to hide the origin of the money (i.e., to launder OneCoin fraud proceeds).

“Until the many disparate cryptocurrencies begin to consolidate and regulators issue clear guidance, we’ll likely see more pyramid schemes and other attempts to defraud individuals and businesses,” says Steve McNew, a senior managing director within the technology practice of FTI Consulting and an enterprise blockchain and cryptocurrency expert.

“Services like asset-tracing can help to reduce instances of anti-money laundering and other forms of cryptocurrency fraud,” McNew adds. “Globally, public and private sectors will need to begin considering whether cryptocurrency companies should be audited, required to report and governed by other controls required in regulated financial services institutions.”