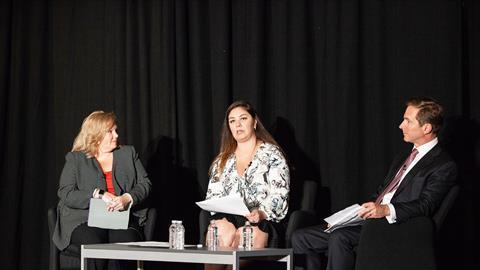 Self-disclosure can root out conflicts of interest

The modern workplace, like life itself, grows more complex by the day. Conflicts—big and small—abound. The trick, in a corporate setting, is to acknowledge and separate private lives from a conflict of interest.

This was just one of the many observations presented during a panel discussion, “Managing Conflicts Through Disclosure,” at the Compliance Week 2018 conference, held earlier this month in Washington D.C.

Drawing out those various conflicts, and promoting the notion that self-disclosure is in everyone’s best interest, is easier said than done.

There are, for starters, resource constraints, Smith said. “Many of us are really challenged with getting the information you need for your organization.”

“We tend to really look at a higher stratum of risks in the organization, like executives and sales folks,” she added. Expanding that focus to the entire organization, and getting conflict of interest disclosures from the top down and bottom up, “although a best practice, is difficult to do, especially when still dealing with manual data collection processes.”

Another challenge to drawing out employee-based conflicts of interest is awareness. “Probably every single one of you have had a situation where you talk to someone that has a conflict they didn’t raise,” Smith said. “When you are having that conversation with them, they say, ‘Oh, well, I didn’t see it as a conflict.’”

That response, often an honest one, illustrates the need for employees to fully understand the company’s code of conduct, what creates a conflict, and when a red flag necessitates disclosure and reporting to a manager or compliance officer.

Evolving business models are another challenge, Smith said. “Many organizations are not solely in one industry anymore,” she said. “Look at Philip Morris or USAA. They are not in their normal swim lane any more. One is obviously a tobacco company, the other is in financial services, but they both think of themselves as technology companies because of the innovations they are building within their companies.”

Another challenge is a modern matter that seems to penetrate every organization these days: the gig economy. “So many employees have outside business interests and entrepreneurial activities,” Smith said of the many choosing to, for example, drive for Uber or Lyft in their free time. “How are they impacting your business? Is there a conflict that they haven’t thought about, or that you haven’t thought about?”

The gig economy will likely grow even more problematic as younger generations join the workforce while clinging to side jobs. “They have a very entrepreneurial spirit,” Smith says. “Are you looking at that from a conflict perspective, as well as embracing what they’re doing, so that you’re not ‘the business of no,’ but helping find a resolution so they can do what they want outside of work, but you’re still protecting the company?”

“People are entitled to their privacy, and the key is balancing their private lives with being able to protect the company.”

Yet another challenge to be met: technology. “Many of us are taxed with manual processes, Excel spreadsheets, SharePoint, and so on,” Smith said. “I was chief ethics officer at USAA, my former company, and we used SharePoint for a while. I used to joke that it was where conflicts went to die.” Data went in easily enough, but extracting meaningful action items was not in the offing. Automation cuts through the grunt work and lets compliance officers do what they do best.

David Bunker, compliance officer for Vulcan, is certainly qualified to speak on the challenges of complex organizations.

Vulcan, based in Seattle, is a privately held company founded by philanthropist, investor, and Microsoft co-founder Paul Allen. Its many ventures include real estate development, managing a multibillion-dollar investment arm that invests in both private and public companies, philanthropic pursuits, art patronage, responsibility for all financial and business operations of Allen’s sports-related properties, including the Portland Trail Blazers and Seattle Seahawks, aerospace projects, artificial intelligence ventures, and documentary filmmaking.

“It is a very broad range of Industries,” Bunker said. “I joined the company three years ago to, essentially, create a compliance program. We had a good selection of policies, but none of them really fit together.” This led to concern and uncertainty for employees regarding how to report or manage conflicts of interest.

Bunker launched a policy review overlapping a traditional education program, with a mix of both online and in-person training. Specific issues were prioritized for different business ventures.

“How do we bring these things into the open, because not all conflicts are a problem,” he asked throughout the review process. “They are, however, potential conflicts until they go wrong, and it’s up to you to manage.”

The result was to create an employee questionnaire—just one—that all employees receive. Based on their responsibilities and concerns, additional follow-up may accompany the quizzes.

“When we really looked at it, we didn’t see that much difference in how we saw the conflicts across our organization, how we handle them, and what we saw coming in,” Bunker said.

Reported concerns are reviewed but not always rubber-stamped as “forbidden.” Discretion is a program differentiator.

“People are entitled to their privacy,” Bunker added, “and the key is balancing their private lives with being able to protect the company.”

The size and diversity of the entities under the Vulcan umbrella present some unique challenges. “The biggest issue is that the nature of the conflicts varies quite a bit across the different industries,” Bunker said. “Your process for handling conflicts has to vary, because what you’re going to get is going to vary. You just have to be much nimbler. We get things constantly that just make us stop and think.”

For example, he sees a lot of employees who develop their charitable or societal interests.

“We’ll have people who go out and work in other non-profits and have roles on the boards of different organizations,” Bunker said. “We encourage that, but we also have to make certain there are no conflicts.”

“When I look back to when I started [my career], it was very clear that I was working for the company, it was paying for all of my time, and that I would work for it, and only it. That’s not realistic anymore,” he added. “How many of us have children? Parents know their children [take] up a huge amount of our time. Do we care if somebody is working with their children? No, unless it really conflicts with what we’re trying to achieve, or gives the impression of a conflict.”

When you take that into account, you free people up to do a lot of stuff,” Bunker explained. “We have a lot of tech people around doing outside tech stuff. If you try to stop them, they are just going to walk and go find somebody who will let them. You must balance that. We’re here to protect the company, and that involves keeping our employees happy and avoiding conflicts. If you can manage those two things, you’re going to be successful.”

Fernanda Beraldi is senior director of ethics and compliance for Cummins, a company that designs, manufactures, and distributes engines and power generators.

Her conflict-related challenges often revolve around the company’s considerable number of employees and vendors, not to mention all the ways they interact.

When she joined the company, there was, admittedly, not a lot of interest in the conflicts of interest policy.

“I see conflicts as a gateway to more serious things,” she said, stressing the policy’s importance. “By shifting our focus to where our conflicts lie, we could be preventing more serious problems in future.”

A first step, Beraldi said, was crafting a new, updated conflicts of interest policy. It was designed to be easy to read, compared to the previous policy’s “long and complicated legalese.”

“It was difficult for a layperson to understand,” she said.

Among the essential elements of the policy is clarifying ownership interests in partner companies, vendors, and third parties.

“Anything more than five percent interest in a company that deals with Cummins, in any category, will be considered a conflict,” Beraldi said. A related policy deals with rules for outside employment.

She also created separate procedures for meals, travel, and entertainment expenditures. The documents, in addition to being in plain English, were translated into several different languages.

“The idea is to be communicating with the people in a way that helps them understand the policies,” she said.

Exploring why employees held side jobs yielded some important information for Beraldi. In one division, there was an unusually large number of employees who disclosed they were driving for Lyft or Uber. She learned, after looking into it, that compensation for that particular team was lagging and that’s why they were getting secondary jobs. “It was an opportunity for us to work with HR and fix the compensation issue. Their culture engagement surveys skyrocketed after that, and we were able to turn that attrition rate around.”

Smith summarized the importance of employee self-reporting when conflicts arise. “I like to call conflicts-of-interest disclosures, ‘the whisper before the help line,’” she said. “If you get that information on the front end, you can be proactive in addressing it versus waiting for that help line call to come in, and then you have to engage in an investigation.