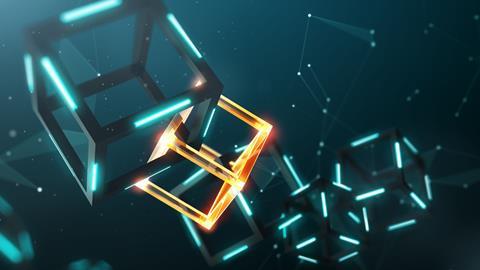 For all the times you’ve been to a grocery store, have you ever wondered which farms those fruits and vegetables originated? What about the last time you went to a pharmacy? Have you ever stopped to think about the true quality and safety of those drugs, and how and where they were formulated?

Thanks to blockchain technologies, supply chain teams can now track the safety and traceability of products and data across the entire supply chain in ways—and at speeds—once unimaginable.

That is the impetus behind a new blockchain pilot project currently being explored by the U.S. Food and Drug Administration in the pharmaceutical industry, which is more broadly seeking how to incorporate blockchain into pharmaceutical supply chains. As part of this effort, the FDA in early June selected four organizations—IBM, KPMG, Merck, and Walmart—to take part in the pilot project.

Blockchain is open-source software provided through a digital ledger system, organized by a series of chronologically grouped transactions (blocks). These blocks are stored and secured on a peer-to-peer network using cryptography technology and managed by sophisticated mathematical algorithms.

In the context of the pharmaceutical industry, blockchain gives supply chain leaders the ability to track pharmaceuticals from the moment they are manufactured in the plants to the point of sale, directly to the customer. Furthermore, blockchain is designed to establish a permanent record and may be integrated with existing supply chain and traceability systems.

In this context, the FDA through its proposed peer-to-peer network aims to:

The push behind this complex undertaking began in November 2013 with the enactment of the Drug Supply Chain Security Act (DSCSA). Among other things, the DSCSA mandates the creation of an electronic, interoperable system to identify and trace certain prescription drugs as they move through the U.S. supply chain. This must be achieved by 2023.

Mark Treshock, IBM global solutions leader for blockchain in Healthcare & Life Sciences, also touted the benefits of blockchain, which “could provide an important new approach to further improving trust in the biopharmaceutical supply chain,” he said.

“We believe this is an ideal use for the technology, because it can not only provide an audit trail that tracks drugs within the supply chain, it can track who has shared data and with whom without revealing the data itself,” Treshock added. “Blockchain has the potential to transform how pharmaceutical data is controlled, managed, shared, and acted upon throughout the lifetime history of a drug.”

Each organization selected by the FDA—Walmart, Merck, IBM, and KPMG—brings to the pilot project extensive experience and technical knowledge in implementing blockchain technology for the enhancement, safety, and traceability of products. For example, prior to joining the FDA as deputy commissioner for food policy and response, Frank Yiannas was vice president for food safety at Walmart, where he was involved in a blockchain pilot that traced mangoes back to their source.

“I bought a package of mangoes at a local Walmart and asked my team to find out which farm they came from,” Yiannas explained in remarks at the International Association for Food Protection on July 22. “Working with each stakeholder in the supply chain, they identified the farm in a mere six days, 18 hours, and 26 minutes—and that was pretty good when the average traceback can take weeks or even months.”

“Fast forward to the pilot using blockchain technology to trace mangoes from farms in Mexico to two stores in North America,” Yiannas continued. “For this test, each stakeholder in the supply chain—including farms, packing houses, transportation companies, importers/exporters, processing facilities, distribution centers, and stores—put data on the blockchain. The blockchain linked these blocks of data together to show the journey this mango took from farm to store.”

Rather than take seven days to trace the mangoes, it took just 2.2 seconds. “That is what I have referred to as ‘food traceability at the speed of thought,’ ” Yiannas said.

Following successful blockchain pilots like these that provide enhanced traceability in some of Walmart’s food products, “we are looking forward to the same success and transparency in the biopharmaceutical supply chain,” Karim Bennis, Walmart’s vice president of strategic planning and implementation, health and wellness, said in the joint statement.

For its part, IBM, since first launching its blockchain-as-a-service in 2016, has worked with hundreds of clients, including in the healthcare space, to implement blockchain applications and will provide use of its cloud-based Blockchain Platform.

The FDA’s pilot project is just one of several initiatives exploring blockchain’s application in the life sciences industry. Many of these initiatives are being led by blockchain technology providers.

One such example is the MediLedger Project, led by Chronicled, a blockchain technology firm. First established in 2017, the focus of the MediLedger Project was to evaluate the feasibility of a blockchain solution for compliance with the DSCSA. The resulting prototype was a joint effort among pharmaceutical companies Pfizer, Genentech, Amgen, and Gilead and pharmaceutical wholesalers McKesson, AmerisourceBergen, and Cardinal Health. These companies have since been joined by FFF Enterprises, Dermira, Eli Lilly, Walgreens, and Walmart.

On June 18, the MediLedger Project announced the start of its participation in the FDA’s pilot project. The MediLedger Project said the aim of its pilot will be to explore and evaluate methods to enhance the safety and security of the drug supply chain by utilizing its earlier built blockchain-based solution.

“Years ago, we saw an opportunity to build a more efficient system and, together with industry partners and peers, we are strategizing to develop solutions that build in greater efficiencies, effectiveness, and safety into the supply chain,” said Scott Mooney, vice president of distribution operations at McKesson. “This is just the beginning of the type of industry-altering impact new technologies like blockchain will have.”

The FDA’s pilot project is scheduled to be completed in the fourth quarter of 2019, and the results are expected to be published in an FDA DSCSA program report. At that time, the project’s participants will evaluate next steps.