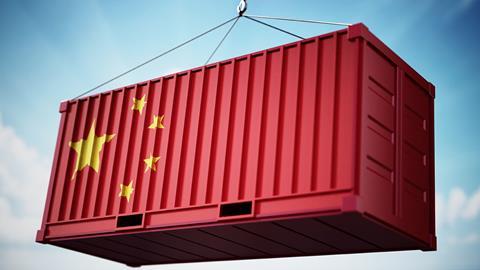 Supply chain compliance officers and chief risk officers will want to check out a new index revealing a sharp decline in manufacturing imports from China and other dramatic shifts in the supply-chain risk landscape, a trend that will only continue due to the coronavirus.

The seventh annual Reshoring Index, published by global consulting firm Kearney, revealed that domestic U.S. manufacturing increased considerably in 2019, while the 14 Asian low-cost countries (LCCs) tracked by Kearney sharply declined, particularly as it applies to manufacturing imports from China. Specifically, U.S. imports of manufactured goods from the LCCs fell from $816 billion in 2018 to $757 billion in 2019—a 7.2 percent decrease—while U.S. domestic gross output of manufactured goods hovered at 2018 levels, reaching nearly $6.3 billion in 2019. The report noted that this finding marks a “dramatic reversal of a five-year trend.”

Included in the report is Kearney’s China diversification index (CDI), which tracks the shift in U.S. manufacturing imports away from China to other Asian LCCs. “While China maintains its position as the primary producer of manufactured goods, it has now lost share within the CDI for the sixth year in a row,” the report stated.

Kearney’s analysis further revealed that 46 percent of the $31 billion in U.S. imports that shifted from China to other Asian LCC countries was gained by Vietnam, which exported an additional $14 billion worth of manufactured goods to the United States in 2019 versus the year prior.

Kearney noted, however, that part of this shift may be explained in part by transshipment tactics, “rather than a strategic and permanent shift of production to Vietnam.” Transshipment is a tactic used by Chinese producers to avoid tariffs by shipping goods to Vietnam and then reshipping these same or slightly modified goods to the United States as “Vietnamese-made” products. “However, Vietnamese and U.S. policing of transshipment is improving, and over time this practice will likely diminish,” the report stated.

In hindsight, the 2019 U.S.-China trade war and consequential tariff hikes that forced many industries to diversify their supply chains or shift their production lines elsewhere was, as described in the report, “a mere precursor to the far greater economic and operational disruptions being wrought by the coronavirus.”

“While the trade war triggered some notable tinkering, the massive operational disruption wrought by the coronavirus pandemic will compel companies to fundamentally rethink their sourcing strategies,” the report continued. “At minimum, we expect they will be increasingly inclined to spread their risks rather than put all their eggs in the lowest cost basket.”

The move to Mexico

New in this year’s report is Kearney’s “near-to-far trade ratio,” which tracks the nearshoring trend of sourcing manufactured goods from Mexico. According to the report, total manufacturing imports from Mexico to the United States increased 10 percent, from $278 billion in 2017 to $307 billion in 2018, and by another 4 percent between 2018 and 2019, to a total import value of $320 billion.

The report surmised that this accelerated production flow from Mexico may be due to one of many key factors, including the U.S.-China trade war, the recently ratified United States-Mexico-Canada Agreement (USMCA), or the result of the transshipment of goods to circumvent Section 301 tariffs.

Mexico poses both strengths and risks for global supply chains. Not only are its labor costs competitive, but, as the report noted, “Mexico has a production base comparable to China, at least in certain regards, allowing companies to nearshore capacity without massive investments in retraining labor forces or building out new infrastructure.” Furthermore, for U.S. companies, Mexico’s supply chain lead time for transporting goods is significantly shorter than that of Asia.

The supply-chain risks posed by the region, however, can also not be ignored. “Mexico’s continued growth will also depend on investments to improve security, roads, ports, and other necessary infrastructure to accommodate long-term relocation of production capacity,” the report stated.

In conclusion, in a post-coronavirus world, supply-chain resiliency will be the name of the game for forward-thinking supply chain compliance officers and chief risk officers. As Kearney stated in its report, “What we are experiencing now demands a more profound reckoning. COVID-19 should cause companies to fundamentally rethink the criteria they use to shape their supply chains.”