1
In a year like no other, compliance being called to take leadership mantle 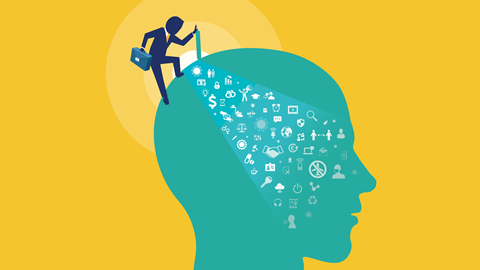 In a year like no other, compliance being called to take leadership mantle

Twenty-twenty has been a long, strange year. A worldwide pandemic has sickened millions, killed hundreds of thousands of people, and thrown economies around the world into chaos.

As a series of coronavirus-induced shutdowns disrupted businesses large and small, compliance professionals have been asked to take on new, pressing responsibilities with the same (or smaller) budget and staff. They had to figure out how to manage and motivate their staffs remotely. And they were forced to rework established processes—for training, auditing and monitoring, conducting risk assessments, and investigating potential misconduct—on the fly.

Many companies said they had contingency plans for disasters with a clear beginning and a clear end. But hardly any had a plan for an international work stoppage, followed by a series of local disruptions that made returning to work difficult and dangerous. The pandemic has become a rolling crisis, or a series of crises piled one on top of one another, reshaping the world economy in ways never before believed possible.

It is in that environment that 300 compliance and audit professionals responded to Compliance Week’s second annual “Inside the Mind of the CCO” survey.

The “Inside the Mind” survey asked compliance and audit professionals questions about themselves, their salaries, their responsibilities, and their priorities. This year, the survey also asked about how the pandemic affected their departments’ resources and budgets and whether they think COVID-19 will permanently affect the compliance industry moving forward. And it asked them how involved they became in crafting safe return-to-work policies and developing diversity and inclusion efforts.

Their answers reveal the whole experience has been exhausting and frustrating, but also full of opportunities to solve problems with fresh approaches and to pivot from the old way of doing things.

And, just like in 2019, nearly all “Inside the Mind” survey respondents (95 percent) said they still love their jobs.

First, a bit about who they are. Compared to 2019, survey respondents to the 2020 “Inside the Mind of the CCO” survey were more likely to hold senior compliance positions. In 2020, 91 survey respondents held the title of Chief Compliance Officer (CCO), while 29 held the title of Chief Ethics and Compliance Officer (CECO). That compares to 74 CCOs and 9 CECOs who responded to the 2019 survey.

A full third of respondents (35 percent) to the 2020 survey said they work in financial services, which broke down among banking (14 percent), securities (14 percent), and insurance (7 percent). Other industries well-represented were healthcare (8 percent), manufacturing (6 percent), and pharmaceuticals (5 percent).

The 91 CCOs who responded to the 2020 survey were 55 percent female and 43 percent male, a gender breakdown nearly identical to that of the 2019 survey (10 respondents chose not to answer). CCOs of either gender tended to be over age 50 and have at least 20 years of experience in compliance.

The fact the compliance professionals who responded to the 2020 survey held more senior positions than those in 2019 might explain why 2020 respondents reported earning significantly higher salaries.

What quality did it take to survive, and even thrive, during the pandemic? Leadership was the most popular answer, chosen by nearly 50 percent of respondents. This answer was markedly different from the results of the 2019 survey, when leadership was mostly considered equal to other skills, like the ability to stay organized or legal knowledge.

“The COVID-19 pandemic has thrust leaders in every function, including compliance, into uncharted territory,” said Victoria McKenney, deputy general counsel and deputy chief compliance officer at U.S. Steel Corp. in Pittsburgh. “From interpreting and applying new regulations to adapting to a remote workforce and the associated challenges and opportunities that brings, we are blazing a new path in a myriad of different areas.”

She added that strong compliance leadership was “essential to instill confidence in employees, customers, investors, and the communities in which we operate.”

Having a successful remote working environment took strong leadership, said the chief compliance officer of one Fortune 100 company who preferred to remain anonymous.

“Keeping the team energized and focused is clearly paramount. People are working from home, balancing kids’ home schooling, dealing with illness for themselves, loved ones, and colleagues,” he said. “Leading through these unprecedented stresses is much more important than the substance oriented focal areas of prior, business-as-usual years.

Added to the pandemic were social movements that rippled to the corporate level, like the Black Lives Matter protests that roiled American cities following the deaths of Black Americans George Floyd and Breonna Taylor at the hands of police officers in Minneapolis and Louisville, respectively.

A full 62 percent of survey respondents said their company’s diversity and inclusion efforts have become more front and center in 2020.

During these twin national crises, companies came to view their compliance departments as trusted business advisors, which elevated their profile within their firms, according to Ellen Hunt, chief ethics & compliance officer at the American Association of Retired Persons (AARP) in Washington, D.C.

Compliance, she said, has become “much more than just following the law, but is a key player in creating and maintaining a corporate culture that brings value to your company’s brand and makes your organization thrive, rather than just survive.”

Doing more with what you have

In 2019, respondents were asked: “What part of your job keeps you up at night?” The most popular answer was a lack of support and/or resources. But there were groups, like compliance folks at smaller companies, who said keeping up with regulatory policies caused their sleepless nights, while those with more than 11 years’ worth of experience said issues around data privacy and cyber-security.

Not this year. In the 2020 survey, everyone, in every category, in every cohort, was thinking the same thing: What keeps them up is a lack of support and resources. Sometimes, however, it was hard to pin down exactly what resources they needed.

“One day, you may be working on policies to return to the office, and the next day, you are rethinking how to best serve a workforce that may never work in the office,” said Hunt of AARP. “We are also dealing with issues that we have never had to deal with before, such as how to support employees that have caregiving needs, how to protect confidentiality when contact tracing, and how to keep employees engaged and connected.”

Even during a pandemic, changes to federal and state regulations have come unabated. And compliance departments are being asked to do more with the same budget, said McKenney of U.S. Steel.

Largely, survey respondents said compliance departments were being asked to do more, with the same staff and budget.

“I suspect that the disconnect is in part that budget and planning is done a year or more ahead, and we all know now that the world is not the same as it was when we sat down to create our strategic plan and do our budgets,” Hunt said. “No one could have predicted all of the ripple effects. So, it’s not so surprising that a static budget and resources are not keeping pace with an ever-changing world.”

McKenney added, “Compliance officers have had to be increasingly nimble and able to quickly pivot from new issue to new issue. Part of that means stretching our existing resources to make sure that we stay on top of everything.”