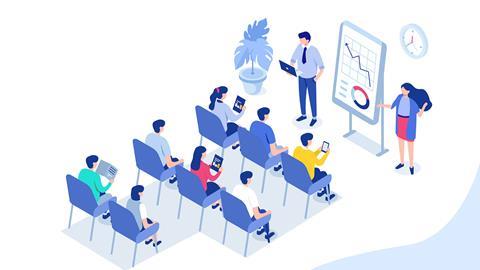 Nearly half of respondents to a recent survey of compliance practitioners said their compliance training programs were “good enough to check the boxes” but could be much better and lacked adequate tools to increase its effectiveness. That number jumped to about 60 percent among respondents who indicated they had an insufficient budget for said training.

The training survey, conducted jointly by Compliance Week and compliance e-learning provider VinciWorks, found that 42 percent of 255 respondents felt they didn’t have the resources needed for their programs, leaving them with lower overall completion rates and notably less confidence in their training than those who indicated they had a sufficient training budget.

If you’re among the group with a budget that isn’t big enough to cover the training needed to match your risk profile, what’s the best way to make a case to leadership for more resources?

It might be as simple as citing completion rates—those surveyed with insufficient training budgets reported average completion rates 15 percentage points below those who were happy with their resources—but there’s a more relevant, more effective case to be made by citing real-life examples. 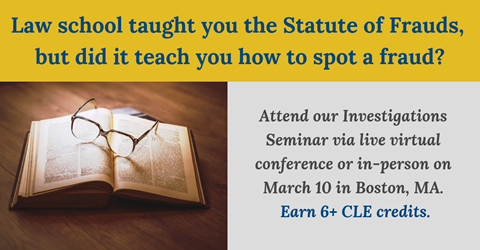 “You don’t just report your data breaches, for example, but the times where you almost had a data breach,” he said. “If you can do that and show that to senior management how close you came, how this could have gone wrong, and if you can show evidence of people doing the right things that protect the company and save the company money, that’s the kind of evidence that will resonate with people at the senior level.”

Another way to make your case is by appealing to a bottom-line mentality: A better-trained workforce ultimately saves the company money.

“It’s often the case that the impact of a breach, a regulatory fine, or reputational damage from a bad action is so severe that the cost of the training as compared to the possible cost of the consequence is relatively tiny,” Goodhardt explained. “The additional marginal cost of getting training up from barely protecting a company to training that actually makes a difference, that gets people thinking and changes people’s behavior—it’s a relatively small amount of additional money. The result is far greater protection across all of these different areas in which the business has risk exposure.”

How do you measure the effectiveness of training?

Most compliance training is now done online, the survey data tells us, and a large proportion of it is self-directed, which means more of the onus is on the employee to be proactive about completing his required learning. Without the built-in interactional component of live training, what’s the best way to ensure the training does what it is intended to do—instill important knowledge and change behavior?

In our survey, respondents ranked “internal audit/spot checks” as the best measure of the effectiveness of training, followed by evaluation results and fewer infractions. Not surprisingly, completion percentage did not rank among the top answers.

Then you do your training and undergo the same process again, and call it an internal audit, to determine what has changed. Where do we stand now compared to where we stood before that training was rolled out?”

‘Relevance is the antidote to boredom’

The elephant in the room when it comes to self-directed online training is that it can be boring and, at times, unrelatable to those tasked with completing it. And if the content isn’t engaging the learner, it’s not going to stick and is ultimately going to be a waste of everyone’s time.

Among survey respondents, 34 percent noted boring content as the biggest challenge with online training, finishing a close second to a “lack of interaction” (43 percent). Not far behind was content that isn’t relevant to the individual taking it.

Goodhardt has a solution for that: Personalized, compact training. Get in, get the message across in a way that’s relevant and absorbable, and get out.

“Relevance is the antidote to boredom,” he said. “If you want it to stick, it needs to be memorable and it has to be appropriate to the learner and relevant to their job.”

“It is far easier for a learner to absorb and later recall an example from a training course that closely reflects a context they recognize or a situation they would encounter in their everyday work,” he explained.

The preferred length for online training sessions given by survey respondents was 30 minutes, but Goodhardt suggests cutting that in half.

“The trend over the last several years has been toward shorter and more frequent training,” Goodhardt said. “Our sweet spot now is 15 minutes for ‘traditional online training,’ though more and more companies are looking at ongoing ‘awareness campaigns’ of shorter durations that target the audience more frequently throughout the year.”

While it can be hard to quantify the degree to which a compliance training program is effective, it’s usually much less difficult to identify a program that is clearly falling short.

In the survey, we asked an open-ended question to ascertain what things practitioners look for that indicate their training isn’t effective. The answers we received generally fell into three categories of warning signs you can use to help determine if your program, too, is ineffectual: