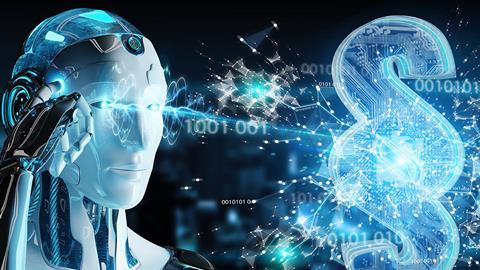 The adoption of machine learning (ML) in fighting financial crime will likely explode as technology solutions become more effective and efficient—driven by work-stream prioritization, product maturity, and refinement of implementation processes. Such was the key takeaway from a recent survey, “The Evolving Role of ML in Fighting Financial Crime,” conducted by Guidehouse Inc. and Compliance Week in partnership with the International Compliance Association (ICA).

It is still early days for many institutions, but what is clear is the anti-money laundering (AML) function is on the runway to using ML to fight financial crime. The benefits of ML are indisputable, though financial institutions (FIs) vary in levels of adoption.

We polled 300-plus industry stakeholders from around the globe to determine the prevalence of ML adoption in fighting financial crime and its effectiveness at reducing risk and impacting regulator expectations. To learn more about the survey, click here.

Guidehouse and Compliance Week tapped into the ICA’s network of 150,000-plus global regulatory and financial compliance professionals for the survey, which canvassed 364 compliance professionals—including 229 employed by financial institutions (63 percent of all respondents)—to determine the degree to which FIs are using ML. It highlights the intended and realized program benefits of ML implementation; top enterprise risks and pitfalls in adopting and integrating ML to fight financial crime; and satisfaction with results post-implementation. The results also offer insights into what kinds of impediments are holding organizations back from full buy-in.

Forefront of ML in AML

About a quarter of all surveyed respondents (24 percent) reported working at major FIs with assets at or over $40 billion; this cohort, hereafter referred to as “large FIs,” represents the bleeding edge of ML in AML. More than half (58 percent) have dedicated budgets for ML, and 39 percent are frontrunners in the industry, having developed or fully bought in on ML products already.

Nearly two-thirds (62 percent) of all respondents are individuals working in AML/Bank Secrecy Act (BSA) or compliance roles; this cohort, hereafter referred to as “industry stakeholders,” represents the population of users in the process of operationalizing ML in fighting financial crime at their respective institutions.

If large FIs are on the front line in ML adoption, then industry stakeholders are taking up the rearguard. Unlike respondents in the large FIs cohort, the majority of professionals in the industry stakeholders cohort are refraining from taking action steps around ML projects focused on fighting financial crime at this time. Nearly a third (32 percent) are abstaining from talking about ML at all at their institutions; another third (33 percent) are just talking about it—i.e., they have no dedicated budget, proof of concept, or products under development just yet.

Nonetheless, there is nearly universal interest in ML among large FIs: 80 percent say they hope to reduce risk with its help, and 61 percent report they have realized this benefit already, demonstrating a compelling ROI.

While large FIs are confident in testing the ML waters, many remain judicious in how much they are willing to spend. Dedicated budgets for ML in AML remain conservative; nearly two-thirds of large FIs (61 percent) budgeted $1 million or less, pre-pandemic, toward implementing ML solutions in AML. The most frequently occurring response, at just over one-third, was a budget of less than $500,000 (34 percent).

Working with modest budgets, large FIs are relying on their own bandwidth and expertise to build ML technology: 71 percent are building their own in-house solution, eschewing any “off-the-shelf” technology, and more than half (54 percent) are training internal staff rather than hiring outside consultants.

“With the larger banks, there’s just a tendency to look inward first. I’m a big proponent of leveraging commercially available products,” says Tim Mueller, partner in the Financial Crimes practice at Guidehouse. Mueller predicts vendor solutions will become more popular as the external market matures and better options become available. “I think that’s the only way for this to work down-market,” he adds.

A key driver of ML in the AML function has been the allure of enabling a real-time and continuous Know Your Customer (KYC) process. More than half of all surveyed respondents (55 percent) state improving KYC is the top perceived benefit to their organizations in operationalizing ML to fight financial crime, including 54 percent of large FIs and 59 percent of industry stakeholders.

This trend suggests the challenges associated with the KYC process modestly outweigh competing AML priorities as those most in need of an efficiency upgrade. From customer due diligence (CDD) to customer risk-ranking to enhanced due diligence (EDD) to managing increased regulatory scrutiny, the demands of KYC are both laborious and time-intensive. Banks want to harness a way to work smarter, not harder. ML technology may provide a viable means.

The truth, however, is each area of the AML program is part of a larger puzzle; the pieces interconnect. For instance, an alert generated by a transaction-monitoring system about a potentially suspicious customer is not done in a vacuum, but rather is based on the adequacy of the FI’s customer risk assessment processes. Because of the cyclical nature of an AML program, applying ML to one area could potentially translate into a holistic improvement to the program overall.

“It’s really important to remember this: The area of pain is EDD and CDD, and the area of potential is AML transaction monitoring, and making sure you’ve got the right alerts. Guess what? The alerts are based on the CDD and EDD. They are interdependent,” points out Salvatore LaScala, partner in the AML division of Guidehouse.

While ML takes considerable time to implement and fine-tune—a typical runway is 6-12 months, Mueller says—a reduction of risk can be realized relatively quickly.

For organizations that have implemented ML to fight financial crime, reducing risk is overwhelmingly the key benefit realized. Nearly two-thirds (61 percent) of large FIs state their companies have realized the benefit of reducing risk since deploying ML to fight financial crime. What is somewhat puzzling, however, is only 44 percent of large FIs state they have realized efficiency gains.

A similar incongruity is found among the industry stakeholders: 61 percent state they have effectively reduced risk, but only 51 percent indicate they have achieved efficiency gains.

Mueller says no. Effectiveness comes first. From the perspective of an AML professional working at an FI, “You spend a lot of money implementing machine learning and AI,” Mueller explains. “You spend a lot of time. You have a lot of SMEs (subject matter experts) dedicated to making sure it’s working correctly. … You get it implemented; then you must watch it work; then you have to improve it over time. You’re not always going to see efficiency gains right away.”

LaScala says, “While FIs have made tremendous effectiveness and efficiency strides in leveraging machine learning for transaction monitoring, we believe that they will enjoy even greater success leveraging it for customer due diligence in the future. As the technology evolves, we expect that FIs will be able to review potentially high-risk customer populations more frequently and comprehensively, with less effort.”

Fifty-one percent of respondents at large FIs and 45 percent of industry stakeholders cite only partial satisfaction with the results of deploying ML. This reaction may be an indicator that the use of ML in this capacity/area is still emerging.

“There has been an increase in the number of false matches in name-screening and transaction monitoring cases that end as risk-irrelevant,” noted an AML associate working at a large commercial bank headquartered in Europe that conducts business in the Middle East.

“No clear results,” remarked a chief AML officer working in wealth management at a small FI that is headquartered and conducts business in Europe.

“ML is good. However, it is not efficient in full coverage,” another AML associate, who indicated s/he does not work at an FI, said. “Manpower is still needed for several products of compliance such as enhanced due diligence.”

While the lukewarm endorsement of ML from respondents does not surprise Mueller, it does disappoint him. “I do think there are significant gains to be had there both from an effectiveness and an efficiency perspective,” Mueller maintains. He believes the lack of satisfaction from users may result from unrealistic expectations and poor communication at the outset of development.

“If people are starting more with [the mindset of], ‘Hey, this is our strategy, we’re ready to go, let’s launch into this,’ then leadership will expect big things right out of the gate, and that’s hard to accomplish with anything, much less with something that’s so data-driven and that takes so long to develop,” Mueller says. “Instead they need to start with a small project and achieve success. Then the strategy can be defined using that success as a starting point.”

“FIs will continue to increase investment and reliance on ML to bolster their financial crime prevention and detection efforts,” LaScala adds. “We believe that these advanced technologies will ultimately become widely adopted so long as they are transparent and can be explained to the regulator. In fact, someday not far off, systems deploying ML might actually be a regulatory expectation.”