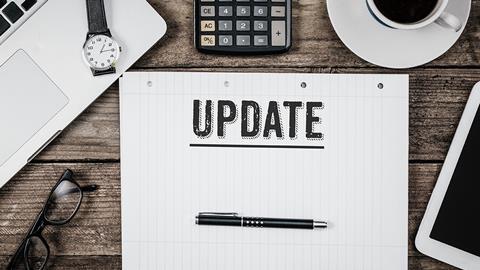 The Financial Accounting Standards Board has finalized a small change to its credit losses standard to help companies that were facing a conundrum based on an election in Generally Accepted Accounting Principles related to how to recognize some financial assets.

The new standard on credit losses under Accounting Standards Codification Topic 326 takes effect Jan. 1, 2020, for calendar-year public companies. Banks are moving forward with implementation, despite tension over whether the standard should be delayed, while non-financial services companies are getting up to speed on the new accounting as well.

The standard requires all companies with any kind of debt-like financial instruments on the balance sheet to adopt a “current expected credit losses” approach to recognizing the value of those items in financial statements. The current “incurred loss” model prohibits companies from recording any kind of loss until it is virtually assured, which came under fire in the financial crisis as it prevented investors from seeing signs of trouble before losses occurred.

Some companies recently called FASB’s attention to provisions in GAAP that would essentially require them to maintain two separate sets of books for certain assets. Some preparers have already adopted or are preparing to adopt an election to recognize newly originated or purchased instruments at fair value.

Based on CECL’s requirements for those same instruments, that would necessitate two different measurement approaches for the same instruments. FASB said it especially heard concerns from auto finance companies that extend credit to borrowers with limited or impaired credit histories.

That prompted FASB to edit CECL to allow preparers to elect the fair-value option, irrevocably, instrument by instrument, for eligible financial assets that are measured at amortized or historic cost based on adoption of the credit losses standard. “This increases the comparability of financial statement information provided by institutions that otherwise would have reported similar financial instruments using different measurement methodologies,” FASB said. That will potentially decrease costs for financial statement preparers while providing more useful information to investors and other users, according to FASB.