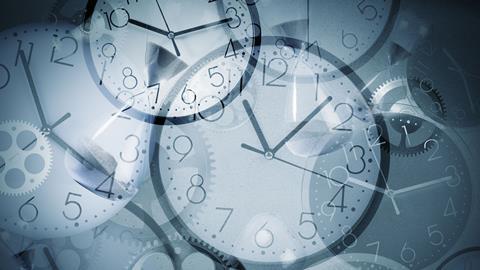 The Financial Accounting Standards Board is formally considering delaying the required effective date of some of its standards, including credit losses for small public companies.

The discussion will include consideration of amending the effective date of its pending major standard on credit losses, contained in Accounting Standards Codification Topic 326, which requires companies to develop a “current expected credit losses” approach to reflecting credit losses in financial statements. The board will also discuss whether to amend effective dates for the new standard on leases, ASC 842, which public companies are already observing, as well as derivatives and hedging under ASC 815 and even insurance under ASC 944.

Companies have faced some major changes in accounting standards the past few years, with a huge new rulebook on revenue recognition going into effect in 2018 and then an effort to bring lease obligations on to corporate balance sheets in 2019. As FASB normally requires, public companies adopted those standards first while private and not-for-profit organizations were given an additional year to prepare.

Now, public companies are in the throes of preparing for CECL, which calendar-year public companies are required to adopt by Jan. 1, 2020. According to the current effective date timeline, public entities that are not filers with the Securities and Exchange Commission as well as private companies and not-for-profit organizations have at least an additional year to prepare.

A number of major banks, including the American Bankers Association, have called on FASB to delay CECL for all entities so its potential effects on lending and the economy can be further studied. Members of Congress have supported that call, although legislation to force FASB to delay the standard for all entities has not yet gained significant traction.

On a separate front, the American Institute of Certified Public Accountants called on FASB to reconsider its required effective date for private companies and not-for-profit organizations to implement the new requirements on leasing. While public companies have implemented the standard, experts have reported significant struggles with technology, especially software.

“Some of the third-party vendors that have developed solutions to assist companies in implementation of the lease standard have errors in their software,” wrote Michael Westervelt, chair of a private companies committee at the AICPA, in an appeal to FASB to delay the standard for private companies. As non-public companies face their effective date at the start of 2020, they need more time to work through the issues, he says.

FASB also plans to discuss providing some relief to organizations that are struggling with the transition away from LIBOR as a common reference rate in hedging transactions, and it will address concerns that have developed in lease implementations around the accounting for impairment of operating lease receivables.