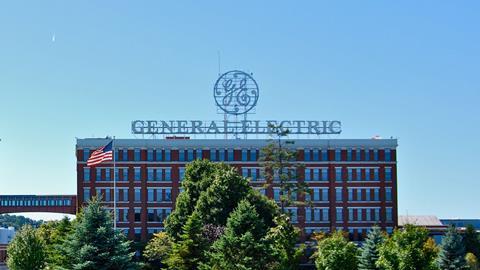 Recent whistleblower allegations against GE have put a spotlight on mounting insurance liabilities that will hit corporate balance sheets in the next few years as accounting rules shift.

The Financial Accounting Standards Board issued Accounting Standards Update No. 2018-12 two years ago to require companies to make some improvements in how they account for long-duration insurance contracts, most notably to improve the timeliness of the recognition of liabilities. Now it appears FASB intends to put that improvement on the back burner for a few years to give companies more time to adjust to other major accounting changes that have come before it.

First there was revenue recognition in 2018, then leases in 2019, and now credit losses coming in 2020—three major accounting transformations that have shifted a whole host of critical metrics used by companies, analysts, and investors to assess performance. FASB says it has heard the outcry, especially from smaller companies that are struggling for resources, so the board is putting the brakes on several major changes—mostly for the benefit of private entities.

And now the regulator is also proposing a delay for the new standard on insurance contracts. Slated to take effect beginning Jan. 1, 2021, for calendar-year filers, FASB is proposing to give Securities and Exchange Commission filers other than smaller reporting companies an extra year, pushing their effective date to January 2022. For those that meet the definition of smaller reporting company and all other non-public entities, the SEC is proposing an even more distant effective date of 2024.

Coincidentally enough, the formal proposal to delay the insurance standard was followed by only a few days with allegations from a well-known whistleblower of accounting fraud at GE, stemming largely from how the company accounts for its long-term insurance obligations. Harry Markopolos, famous for blowing the whistle on Ponzi operator Bernie Madoff, says his analysis of publicly available information suggests GE must be engaging in accounting fraud, largely as a result of unreported losses in its long-term insurance business.

GE has said adamantly and repeatedly it stands by its accounting, which is based on Generally Accepted Accounting Principles (GAAP) in financial statements but statutory accounting standards in reporting for insurance regulators. The company’s audit committee chairman, Leslie Seidman, said it appears the whistleblower allegations confuse not only GAAP with statutory accounting, but also current GAAP with yet-to-take-effect GAAP.

When the new standard on insurance takes effect, Accounting Standards Codification Topic 944 will require companies to change the way they recognize expected future liabilities on long-duration contracts. FASB says the intended effect is to “improve the timeliness of recognizing changes in the liability” for future policy benefits. That means where liabilities are growing unrecognized on corporate financial statements, the new rules will accelerate recognition.

GAAP requires companies to calculate their expected liability based on a number of actuarial assumptions, estimates, and judgments, says Bruce Pounder, founder and executive director of the GAAP Lab. “Those assumptions, estimates, and judgments that go into measuring the liability for future claims don’t get revisited unless or until there’s a ‘premium deficiency,’ ” he says. That’s a quantitative threshold that suggests premiums are not sufficient to cover costs.

The new standard does away with premium deficiency testing, instead requiring entities to revisit their key assumptions every year and update the liability accordingly. It will also require companies to update their discount rate assumption at each reporting date. When companies update their liability estimate as a result of updating cash flow assumptions, the effect must be recognized in income.

Some of the claims raised by Markopolos against GE stem from this expected change in accounting. He contends GE has some $20 billion in pent-up, unrecognized liabilities that need to be unraveled for various reasons, including the coming change in accounting rules. GE says it calculates its reserves just as GAAP and statutory accounting rules require, and it will perform its next annual loss recognition test in compliance with GAAP in the third quarter of this year.

GE says its reserves are “well supported for its portfolio characteristics,” and it has been transparent about its long-term liabilities. The company disclosed it was under investigation by both the SEC and the U.S. Department of Justice over accounting issues, most notably a $6.2 billion loss tied to its legacy insurance portfolio and a more recent $22 billion impairment charge.

It’s impossible, says Pounder, to discern based on public statements alone whether GE’s accounting is correct, incorrect, or fraudulent. “Whether the accounting is right, or whether it’s fraudulent, those are two different things,” he says. “It’s possible for it to be both, neither, or one or the other.”

Credit rating and research firm Fitch Ratings recently issued a report saying legacy individual long-term care product exposures are among the riskiest products marketed by U.S. life insurers. It expects insurers to report increasing reserves through 2019 and 2020. “Fitch expects insurers to further strengthen reserves over the near to intermediate term, right-sizing still-aggressive reserve assumptions,” the firm said. Such assumptions might be tied to discount rates, future rate increases, and morbidity, among others.

GE has not put a dollar figure on how the new accounting will affect long-term liabilities, but the company has disclosed it expects the effect to be material to its financial statements. “Most folks who look at this would expect the liability will go up. And to the extent that liability needs to be adjusted upward, those dollars will come out of the company’s equity,” says Pounder.