9
For some companies in the age of coronavirus, ethics pays 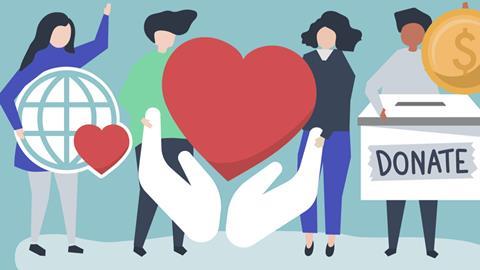 For some companies in the age of coronavirus, ethics pays

Despite slow governmental response to the coronavirus outbreak that is grinding the world economy to a halt, several businesses have decided it is worth going above and beyond to help customers and employees.

These companies—and this is by no means a comprehensive list—have expressed a willingness to do right by society, their customers, and their employees even if it means causing additional short-term financial pain.

A good example is Darden Companies, which operates the Olive Garden and Longhorn Steakhouse restaurant chains. After receiving some criticism in the media on its healthcare policy, the company extended sick leave protections to 190,000 workers, including those paid by the hour. REI, an upscale outdoor store with 162 locations nationwide, announced that it would continue to pay all its employees during the chain’s 12-day temporary closure. L.L. Bean, a national retailer based in Maine, also pledged to pay all store employees during the closure of all its stores, which will last through March 29.

These companies are not the norm. Many hundreds of thousands of retail and food service workers likely will not be paid for as long as their employers are shut down by local and state governments attempting to curb the spread of the virus. Most of them don’t have employer-provided health insurance, either. The situation is much the same for hourly workers.

Microsoft, which has a huge employee footprint in two of the hardest-hit areas around Seattle and San Francisco, pledged March 5 to pay hourly vendor service providers throughout the coronavirus crisis, regardless of whether they could report for work. Cisco almost immediately followed suit.

What motivates companies to think beyond their bottom lines in a time of such turmoil?

Alison Taylor, executive director of Ethical Systems, a nonprofit research group based at NYU’s business school, said corporate leaders recognize their brands are a huge part of their company’s value. She said some companies have made the moves after being criticized online and by the media.

“Social media is allowing people to keep track, and for some businesses the reputational downsides of these critiques create enough of a business case for action, despite the more direct expense of covering sick leave,” she said.

What business leaders do in times of crisis will be remembered, she said.

“For businesses that can afford it, this is a long-term play on building (or rebuilding) public trust and brand loyalty, which they hope will last when the situation turns,” she said. “Also, acting quickly and proactively has a lot of benefit, as it is the first movers that will be remembered.”

Other companies have taken steps to bolster their images and support their customers. Facebook, whose business model has been criticized relentlessly in the media and by regulators, announced Tuesday a $100 million small-business grants program for 30,000 individual small businesses in 30 countries where Facebook does business. The grants would comprise a combination of cash and Facebook advertising credits.

“For businesses that can afford it, this is a long-term play on building (or rebuilding) public trust and brand loyalty, which they hope will last when the situation turns,” she said. “Also, acting quickly and proactively has a lot of benefit, as it is the first movers that will be remembered.”

More than 60 of the nation’s largest internet service providers—including large providers like AT&T, Comcast, Cox, T-Mobile, Sprint, and Verizon—signed a pledge March 14 with the Federal Communications Commission to waive fees and avoid implementing service interruptions for people and small businesses who cannot pay over the next 60 days. The companies also pledged to make free WiFi hotspots available around the country.

Richard Bistrong, a compliance consultant, writer, author, and CEO of Front-Line Anti-Bribery, said corporations are doing their best to support their employees and customers in what is an incredibly trying environment.

“While we have seen a fair share of criticism with respect to how government is communicating and responding to the current crisis, I see multinationals taking a very forward-leaning and proactive approach with respect to their workforce and also giving them a sense of appreciation of how their social interactions have wider societal consequences, so it’s not all about just working and workplace issues,” he said. “It’s about helping people to be better sensitized and aware of how their public interactions impact our collective welfare and well-being. It’s been inspiring to see our global corporate leaders taking a very proactive posture with respect to employee engagement, health, safety, and welfare.”

Some supermarket chains—which came under criticism when panic buying caused them to have empty shelves—have come up with creative ways to help their customers.

Stop & Shop in the United States, Woolworths in Australia, and Lidl and Tesco in Ireland offered special times for customers over 60 years old to shop, usually immediately after a store had been cleaned, and to avoid large crowds. Morrisons, a U.K.-based supermarket chain, pledged to pay its small suppliers immediately.

More than ever, it’s important we come together as a community to serve those in need, including advocating for our seniors. Beginning 3/19, all Stop & Shop stores will open earlier from 6:00AM-7:30AM daily to serve customers who are age 60 and over only. https://t.co/qmZhPUnlpJ

And with food deliveries likely to create vital lifeline for the quarantined public, Uber Eats announced that it will drop delivery charges for all U.S. restaurants, while GrubHub announced it would “temporarily suspend” the collection of up to $100,000 worth of commission payments from U.S. restaurants affected by the coronavirus.

Other companies sought to help feed the homeless, the poor, and children who depend on their school lunches for at least one daily meal. Many restaurants pledged to open their kitchens and offer food for free.

Book publisher Scholastic Inc. partnered with actors Jennifer Garner and Amy Adams to launch #SaveWithStories, a program working to provide free lunches to school children whose schools are closed because of the coronavirus outbreak. The actors will read books to children via Instagram and Facebook and encourage donations to local food drives.

Perhaps not all of the corporate social responsibility will be voluntary, as governments seek to enact war powers to ensure there are enough ventilators and other key pieces of equipment available as the crisis gets worse.

Some companies—including Ford, Honda, and Rolls-Royce—may be pressed into service by the U.K. government to manufacture ventilators, according to a recent Reuters story.

They are likely weighing their options and trying to figure out how to comply.

A Rolls-Royce spokeswoman said, “We understand that the Government is exploring ways in which businesses can help deal with the outbreak of COVID-19. As they shape their plans, we are keen to do whatever we can to help the Government and the country at this time and will look to provide any practical help we can.” Ford and Honda did not respond to requests for comment.