Joe Murphy: Reflections of a compliance and ethics pioneer

There is a lot more to ballroom dancing than floating across a floor. Partner dancing demands a high level of mental energy. For the “leader,” it means keeping time, planning the pattern of steps, and guiding his/her partner. For the “follower,” it means reading the leader’s signals and placing full trust in their guidance.

Leading and following in ballroom dance are not far off from the dynamic at play in compliance. Just ask Joe Murphy, senior adviser of compliance strategists and officer cha cha of Dance Haddonfield, a ballroom dancing organization he founded in his New Jersey hometown. As a 40-year champion of ethics and compliance and a 20-year ballroom dancer, Murphy has done the legwork—literally—on the parallels. 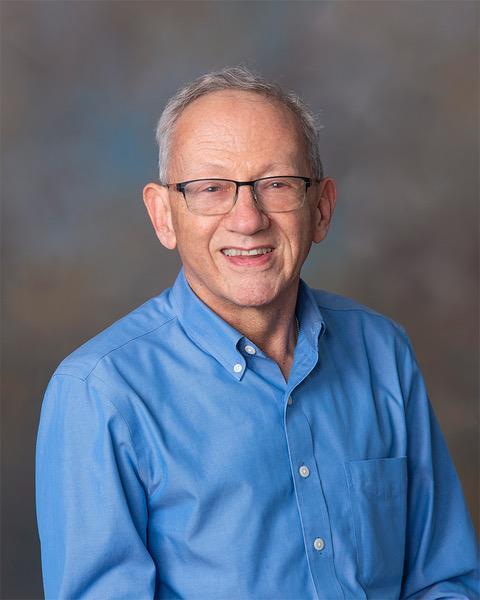 “A mistake many new dancers make is they think being the lead means you crank the person around and you make them move. Well, no. You position your hand and your lead such that your partner can only do the right thing,” Murphy pointed out. A code of ethics should do the same, he said: not dispense platitudes or proscriptions but lead employees through a pattern of steps so they can only do the right thing.

“With compliance, you’re dealing with rules, but it’s all about people, and it’s especially about listening to what people say is going on. Similarly, dance has rules that will give you a structure for interaction with people,” Murphy said.

Another jewel on his crown was to be shortlisted for the Lifetime Achievement in Compliance honor at Compliance Week’s 2021 Excellence in Compliance Awards. Although the award went to Emmanuel Lulin, Murphy rivaled as a close runner-up—so close that CW requested an interview with the affable man.

A cup of Joe

Over (virtual) coffee, Murphy delved into his experience leading a worldwide corporate compliance program for Bell Atlantic (now Verizon Communications), where he spent 20 years as an in-house lawyer.

“I felt like life had given me this giant experimental lab to work with,” Murphy began. “When I started at Bell, my field was antitrust. … I discovered that within this large organization, there were separate constituencies whose job and focus was dealing with the competition and making sure they were treated the right way.”

“I remember one company lawyer saying, ‘I will never recommend to a company they do internal compliance reviews because they’ll just be used against you.’ And I thought: ‘This is dumb as a stone.’ Why would you hurt a company for trying to do the right thing?”

Murphy highlighted two landmarks that steered his career into the compliance and ethics space. The first was the passing of the Foreign Corrupt Practices Act (FCPA) in 1977. The second was the United States v. AT&T antitrust case.

Working for Bell System when the FCPA passed, it dawned on Murphy he had more in common with his remote associates doing FCPA, environmental, and regulatory compliance work than he did with his direct colleagues in the legal department. He realized compliance, itself, could be a field that cut across different areas of the organization; that it had value in its own right.

The Justice Department filed an antitrust case against AT&T (then parent of Bell System) in 1974, suspecting the company was monopolizing the equipment side of the market through its Western Electric subsidiary. Where did the suspicion originate? One source was AT&T.

“The AT&T headquarters had a review team that would go out to each of the companies, including Western Electric, and examine what they were doing in procurement. The team would find out what the purchasing people in the companies had done and whether they had considered competitors. They wrote a very negative report recommending changes and calling out where things had been done wrong. The government got a hold of that report and used it against the company,” Murphy recounted.

The 1982 settlement led to the breakup of the Bell System into seven divisions, one of which was Bell Atlantic.

“I remember one company lawyer saying, ‘I will never recommend to a company they do internal compliance reviews because they’ll just be used against you.’ And I thought: ‘This is dumb as a stone,’” Murphy said. “Why would you hurt a company for trying to do the right thing?”

So, in 1981, Murphy started researching self-evaluative privilege (SEP), a doctrine that if an organization does internal reviews to detect and prevent misconduct, the reviews should not be used against the corporation. He wrote and published a paper, “The Self-Evaluative Privilege,” which acknowledged SEP encourages confidential self-analysis and self-criticism. The report was one of the first ever on the subject.

Once Murphy found his niche in compliance and ethics, he started publishing.

He co-wrote three books in three decades. His fourth and most recent book, “501 Ideas for Your Compliance and Ethics Program” (Society of Corporate Compliance & Ethics; 2008), was written on his own.

For example, Murphy is passionate about the importance of building an incentives system into compliance programs. “If you don’t address incentives, you simply do not have any program,” Murphy asserted.

For the record, discipline is not an incentive.

“In the United States, Bernie Ebbers went to prison for life for accounting fraud. Arthur Andersen suffered capital punishment for corporate crime. Did anyone notice a sharp decrease in misconduct after that happened?” Murphy asked rhetorically. “You cannot satisfactorily punish an organization; as soon as you hit the point where it really hurts, you hurt far more innocents.”

What are company-level incentives that motivate employees to do the right thing? One is money, of course, but there are other ways to inspire strong compliance performance and good conduct, like reviewing promotions with a compliance officer or even reserving the top parking spot for the employee who received the company’s compliance and ethics award.

“There are two technical tools if you want to measure culture. One is called lunch, and one is called beer. You will learn everything about the culture by talking with the people there—far more than one officer will tell.”

Looking for more ideas? Murphy wrote a (free) book on them.

What is the No. 1 attribute of a compliance practitioner? Being a good listener, Murphy says. And how did Murphy hone the skill, himself? By being a single custodial parent of a teenage daughter.

“We had this comical male-female role,” Murphy recounted. “[My daughter] told me about a problem. I’d listen—just until I knew the answer. Then, I’d tell her the answer. And then we’d spend the rest of the time arguing.”

Through trial and error, Murphy learned how actually to listen: “What you do is you validate and listen. Then you say: ‘So, you mean he did this?’ My daughter would say ‘yes’ and go on. And then I would say: ‘And it really bothered you that he said this?’ And she’d say ‘yes’ and go on. At the end, instead of arguing, she would say, ‘Thank you.’ I gave her no advice. She worked it out herself.”

Murphy took his new skill to work with him. As an investigator, it was invaluable. “The thing is: People won’t drop the dime on their colleagues, but they will not lie either. If you ask them, they will tell you the truth. But you’ve got to ask, and you’ve got to listen,” Murphy said.

If you want to find out if your compliance training is effective or if you want to measure culture, listen to your people, Murphy says. Not everybody will call the helpline, but if you ask them, they’ll tell you.

“People make a big deal of measuring culture, which is just ludicrous,” Murphy said with a casual swipe of the hand. “There are two technical tools if you want to measure culture. One is called lunch, and one is called beer. You will learn everything about the culture by talking with the people there—far more than one officer will tell.”