Teenagers usually don’t have first jobs that involve hunting Nazis and helping bring to justice those who committed SS war crimes. But that was exactly what Emmanuel Lulin did at 18 years old while working for famous French activists Serge and Beate Klarsfeld.

In their memoir, “Hunting the Truth,” the Klarsfelds describe sending Lulin to Prague on a very important assignment. “His mission was to enter the Communist-run State Jewish Museum and to examine its contents,” they wrote. “When he returned, Emmanuel handed over a mass of information and a cache of 70 photographs showing the arrival of a convoy at Auschwitz II-Birkenau.”

This discovery was significant because it represented a visual testimony of history that was hidden from the world. “For the Jewish people, these photographs were incalculably precious,” the Klarsfelds wrote.

With Jewish roots and a family history scarred by the Holocaust, Lulin was forever changed by the experience. He pursued law degrees from France, his home base, and The University of Chicago before admittance to the Paris bar in 1988.

While Lulin’s career trajectory shifted a bit, his passion to be a force for good never wavered. Following a decade at law firm Debevoise & Plimpton, Lulin joined global beauty company L’Oréal in 1999 as group general counsel for human resources. In 2007, he became its first chief ethics officer.

And so began Lulin’s career as an internationally acclaimed ethicist, one that earned him the Lifetime Achievement in Compliance honor at Compliance Week’s 2021 Excellence in Compliance Awards.

“I’ve been very keen to insist on the importance of ethics programs,” Lulin said. In fact, two of his favorite and often-repeated catchphrases are “compliance, without ethics, is a failure of the mind” and “things can be lawful but awful.” 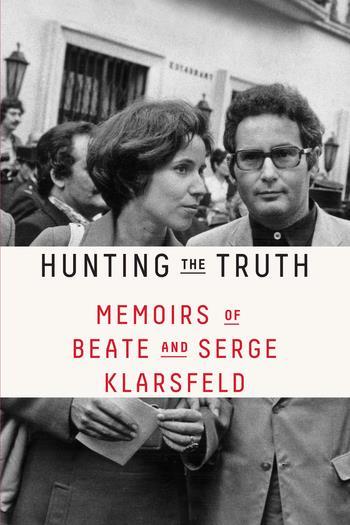 Under the leadership of L’Oréal CEO Jean-Paul Agon, Lulin began his ethics career by creating the company’s code of ethics and building up its ethics and compliance program. Instead of taking a top-to-bottom approach relying on headquarters to change the operations globally, Lulin felt it was more important to give all employees a sense of ownership. That process involved creating several working groups worldwide to offer input in the drafting of the code—both in 2007 with the first version and again in 2014 when it was revised.

The company’s four core values—integrity, respect, courage, and transparency—make up its backbone. Sprinkled throughout are difficult questions regarding real-life scenarios of ethical dilemmas, including answers to those questions. The code is available in 45 languages, as well as in Braille in English and French. “Multilingualism is a great sign of respect for other fellow humans,” Lulin said.

Importantly, L’Oréal’s code of ethics has included the signatures and photos of the senior executive team since its creation. “At that time, it was quite unusual to do it that way, but it was a way to show the testament, involvement, and the courage of the leaders of the group and their commitment,” Lulin said.

Recently retired, Lulin worked tirelessly to connect with employees at all levels. He described visiting about 20 countries annually, holding town halls and roundtables, and meeting countless employees along the way.

Lulin also cleverly assessed company culture. As one former colleague shared: “While visiting the company’s factories, for example, he would ask to use the restroom, and often the person leading the tour would want to direct him to the restroom used by the management. He would say, ‘No, I want to use the restroom on the shop floor.’ And then he would go back to management and say, ‘You can tell a lot about how you respect your staff by the state of your restrooms.’ He was very hands-on like that, very close to the people.”

Lulin passionately believes you can preach about respect—one of L’oreal’s four principles—all day long, but if you do not show that respect in return, do not expect it from employees.

Lulin also strongly believes in transparency, talking with leadership about its importance as well as ethical leadership. He used the example: “Imagine you’re the boss and you receive a gift from a supplier. The gift is sitting on your desk for everyone who walks by to see. One day, the gift is no longer there. Maybe you returned the gift. But if you don’t tell people that, they’re going to assume you took it.”

“That’s something he would stress—that you have to explain to people the situations you have been in, the decisions you have made, and why you have made them,” a former colleague shared. “If you do that, they will then follow your behavior. But you’ve got to show it. Don’t assume that they know.”

Getting people to adhere to shared values will resonate more effectively than ordering people to comply with rules and laws, which exudes a lack of trust. “Ethics helps to create trust,” Lulin said. “I often say trust is a currency of ethics.” (Another one of his favorite catchphrases). 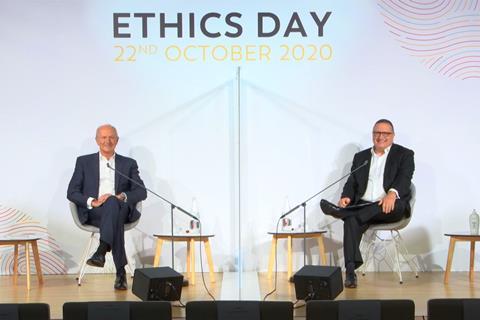 Lulin also stressed the importance of building trust through fostering a speak-up culture. At L’Oréal, the main event that reflects the company’s philosophy of engagement and collaboration is its annual Ethics Day. Then, employees company-wide can directly ask the CEO ethics-related questions. In 2020, nearly 50,000 employees participated and submitted a record 8,600 questions.

“Over the years, we have improved the system and the way we operate it,” Lulin said. For example, Ethics Day used to be run in a Webchat, but the format was changed last year to one in which Agnon was asked to answer employees’ top-ranked questions in live-streaming video worldwide. “We asked our CEO to sit in a glass case with a video camera so people could see the CEO, in fact, was answering the questions personally,” Lulin said. “The same exercise was done for the general manager of every country where we operate.”

Business ethics is now present in college and university curricula, thanks in no small part to Lulin’s personal contributions. He cited one of his proudest achievements as initiating the first legal degree in business ethics at Université de Cergy-Pontoise in 2007.

“Ethics helps to create trust. … I often say trust is a currency of ethics.”

“To my knowledge, it was the first legal degree ever in business ethics,” he said.

Lulin presented more than 100 master classes at major academic or business institutions all over the world—including throughout the United States, Canada, Europe, the United Kingdom, Asia, Africa, and Latin America. Future ethics and compliance officers should be trained in various areas—history, politics, science, technology, sociology, psychology—“to have a humanistic approach,” he said.

The result will be ethics and compliance professionals equipped with the knowledge to bring a higher-level, more meaningful contribution to the profession.

“Every new generation is tasked with a legacy to fix the messes of the previous generation. There is no exception,” he said. “Now it’s the turn of the rising generation to fix our messes.”

Among them, he was the first non-American to receive the prestigious Carol R. Marshall Award from the Ethics & Compliance Initiative in 2015 and was the first individual recognized by the United Nations as a UN Global Compact SDG Pioneer for Advancing Business Ethics in 2018.

As for retirement plans, Lulin rattles off a bunch of ideas—from writing a business book, to coaching ethics and compliance professionals around the world, to maybe even making a movie in which the main character is an ethics officer.

“There is no retirement from the field I really cherish,” he said.