A nightmare compliance officers face in certain corporate cultures is that they are afforded all the respect of office furniture. Treating a chief compliance officer and their team like the proverbial tree falling in an empty forest is both disrespectful and dangerous to the firm that employs them. A CCO is a watchdog, not a consigliere. 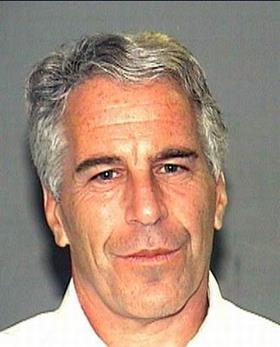 Yet, time and time again, even the highest-performing companies treat compliance mandates as an afterthought.

Case in point: In the wake of the Bernie Madoff scandal, JPMorgan Chase reportedly, according to the New York Times, initiated a review of its ultra-wealthy clients in late 2008 to ensure it wasn’t similarly enabling other financial crooks. As part of that review, ordered by the Office of the Comptroller of the Currency to “improve its processes for detecting money laundering and rigorously scrutinizing customers,” Jeffrey Epstein—accused child sex trafficker, friend and advisor to the uber-wealthy, and now post-arrest prison cell casualty—was called out as problematic and high-risk. The compliance function went so far as to recommend the bank cut ties with him altogether.

That skepticism was hardly shocking. Epstein ran an investment fund for billionaires, but one that offered little transparency. As the Times recently reported, his client list and even the source of his personal fortune were secret and guarded. Was he even a billionaire?

So why not just ditch him when compliance identified him as a risk? One word: money.

After what the Times’ sources called a heated debate among senior executives, the decision was made to keep Epstein as a client despite the compliance warnings. The Times blames one of the bank’s top executives in particular (we choose not to do so, lacking our own reporting), adding that one compliance officer quit in protest.

The rationale for ignoring compliance was simple. Epstein was bringing his ultra-rich and famous friends to JPMorgan Chase’s private banking division.

Shortly after a particular executive who was reportedly an ally of Epstein left JPMorgan Chase, sometime in 2013, the bank officially cut ties with Epstein—years after compliance made its initial recommendation.

For his part, Epstein simply changed his letterhead, moving his accounts to Deutsche Bank. Once again, compliance officers at that bank protested, but were ignored by executives. The international banking giant did business with him for years before cutting ties in June.

Money and charm are no reason to ignore the prudent advice of compliance staff, especially when that beguiling smile sits under the nose of a long-accused child trafficker and molester. Epstein was a walking, talking conspiracy that any bank executive should have walked away from.

We are reminded of a friend who tried to curb his sweet tooth in order to lose weight. The simple solution: cutting out his nightly ice cream binge. “But I love ice cream,” he would protest.

Banks, similarly, love money. Careers are made and shaped by the ability to “back up the dump truck.” We get it. What is harder to understand is how seasoned money pros ignored good, face-saving counsel from their compliance departments. Temporary success is inevitably followed with regulatory scrutiny and a brand/reputation hit. Alas, Epstein was too big to cut loose.

Another distressing point in this sordid tale is that more compliance officers didn’t resign in protest at either of the big banks. Respect, quite often, must be earned—and walking away is the bare minimum a CCO, or their staff, must be willing to do when their advice is ignored or co-opted by executives. At the end of the day, your ethical character is as important as any résumé or promotion. Especially when you find yourself working at a company that so brazenly chooses money over ethics.