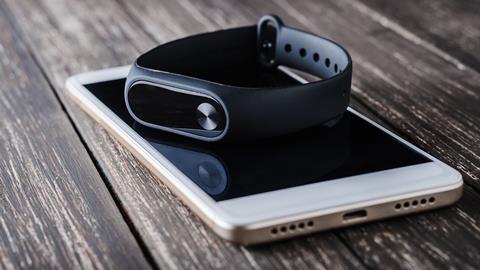 A look at the stress levels logged by Fitbits the morning of Nov. 1 will likely tell you all you need to know about how the activity tracker’s users feel regarding its pending acquisition by Google.

Fear and frustration were prevalent among wearers of the popular fitness technology after its sale to the technology giant for approximately $2.1 billion was announced. Names, email addresses, passwords, dates of birth, genders, heights, weights, mobile numbers, credit card info, location services, life coaching goals—this is all data Fitbit collected that Google will have full control over if the deal closes as planned in 2020.

The focus of many reactions was the same: privacy, and Google’s lapses in that space.

“Time to bin my @fitbit. Never signed up to give Google my biometric data,” tweeted one user.

“Just threw my @fitbit in the trash after I heard that @google purchased the company,” read another tweet. “@Google does not respect anyone’s privacy.”

The latter example prompted a response from Fitbit’s support account attempting to quell the user’s concerns. “I smashed my existing Fitbit with a hammer yesterday. Very immature, I know,” the user replied.

I appreciate your response, but I absolutely don't trust @google. Should your document prove to be correct, then I might consider buying a @fitbit in about 3 years. I smashed my existing Fitbit with a hammer yesterday. Very immature, I know. @PCMag @TuckerCarlson @WIRED

If the picture isn’t fully painted for you yet, consider that Google felt the need to address concerns of privacy as part of its announcement of the deal.

“When you use our products, you’re trusting Google with your information. We understand this is a big responsibility and we work hard to protect your information, put you in control and give you transparency about your data,” wrote Risk Osterloh, senior vice president of devices and services at Google, in a blog post. “Similar to our other products, with wearables, we will be transparent about the data we collect and why. We will never sell personal information to anyone. Fitbit health and wellness data will not be used for Google ads. And we will give Fitbit users the choice to review, move, or delete their data.”

Judging by the reactions above, is it obvious nobody is buying that?

Such is the hole Google has dug itself with high-profile mistakes regarding user privacy. For years the company has struggled in the space, though the spotlight has shone brighter since the launch of the European Union’s General Data Protection Regulation (GDPR) in May 2018. It took less than 24 hours under the GDPR for Google to see its first complaint regarding privacy consent.

Google received its first GDPR fine from France at a price tag of €50 million (U.S. $57 million) in January for failing to provide users with transparent and understandable information on its data use policies regarding its ad practices, and a separate probe into its online Ad Exchange is currently taking place in Ireland. In the United States, children’s privacy violations by its subsidiary YouTube has cost Google another $170 million.

One can understand why trust is hard to come by for Google these days, and it isn’t getting any better.

Following the Fitbit news, the company put a bigger target on its back with its “Project Nightingale” partnership with healthcare provider Ascension that would allow it to mine the personal-health information of millions of people, as the Wall Street Journal first reported. Sentences like “neither patients nor doctors have been notified” and “at least 150 Google employees already have access to much of the data on tens of millions of patients,” should be eye-opening to the public no matter how much Google says the collaboration is compliant with applicable laws.

“Today, we’re proud to announce more details on our partnership with Ascension,” Google Cloud President Tariq Shaukat began in a blog post that came out only after the WSJ’s report and again focused on addressing privacy concerns. Google is on the defensive, and now the company is facing a probe from the Office for Civil Rights in the Department of Health and Human Services.

Perhaps they should be the ones worried about stress.